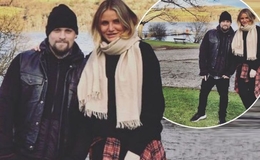 Many of you might be familiar with the stunning American actress, Cameron Diaz who is popularly known from her splendid role in some of the hit movies like 'Charlie's Angels', 'There's Something About Marry' and 'Bad Teacher'.

We have always seen the princess charming mesmerizing us with her magnificent plays and acts. But do we know her well enough behind the lights and camera? So in today's article, we've come up with the intriguing details of the Hollywood heartthrob Cameron Diaz relationship status, marital life, and past affairs.

Sad to many but the gorgeous actress' heart is already reserved by a rockstar and lead guitarist of Good Charlotte, Benji Madden. 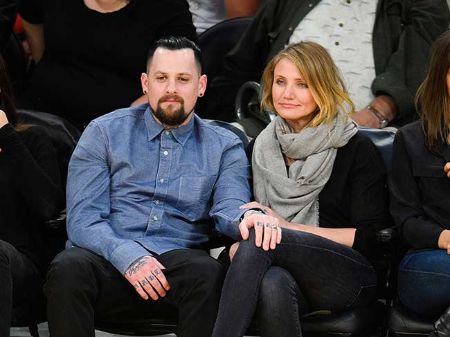 The head over heel lovers is one of the few examples of sucessful celebrity couples. The duo never lets anything come between them and always supports each other in their ups and downs.

How Did They Fall for the Cupids?

Diaz, 47, and Madden, 40, first met in 2004 at NSYNC charity basketball match. But during the time she was dating singer Justin Timberlake and really didn't talk that much. 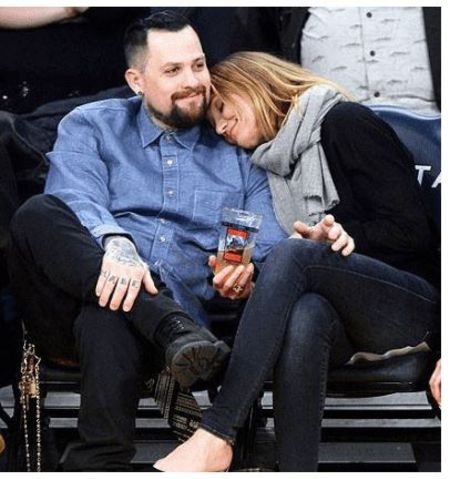 “Being deeply loved by someone gives you strength while loving someone deeply gives you courage.” (SOURCE: E! Online)

Consider it destiny or not, Cameron threw a private party in 2014 and invited two of her friends Joel Madden and his wife, Nicole Richie. Joel, who is the identical twin brother Benji, asked if he could invite his brother over; Consequently, it turned out to be the story that was going to bring smiles and nostalgia in the future.

They started seeing each other and consequently started dating privately; however, fans were already speculating about something going on between them. The duo spilled the beans after confirming their relationship in December 2014.

Match Made in Heaven

The couple tied the knot in an intimate ceremony on January 5, 2015, after dating for seven months from May 2014. Unlike any expensive and luxurious marriage ceremony, Cameron and Benji opted for a lowkey wedding held at Diaz's Beverly Hills home where a selected guest of 100 people was invited. 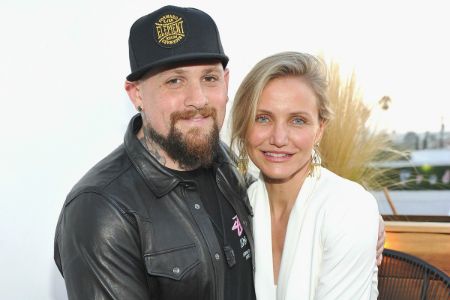 Together Through Thick and Thin

One of the essentials for sustaining a healthy marital life is trust and coordination within each other, and the partner has every required element to sustain the relationship for a long time. 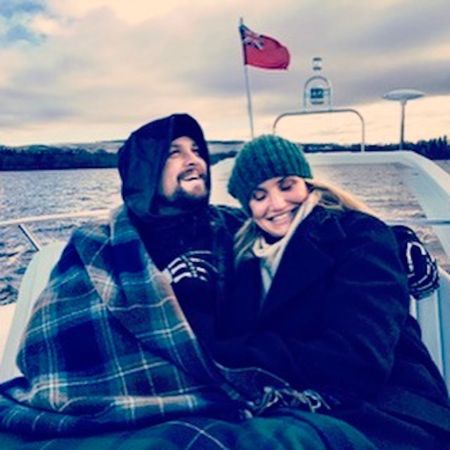 Alongside the adorable snap of the couple had a mesmerizing caption which reads,

Happy Birthday to my Beautiful Wife ❤️ I feel like I am the LUCKIEST guy ALIVE❤️I don't think anyone could ever know the Depth, Kindness, and Compassion that I get to experience every day thanks My One and Only- You got me til the end baby❤️❤️❤️

The lovebirds often share their lovey-dovey snaps on Instagram where Cameron and Madden looked very much in love, walking with their arms around each other, always laughing and talking sweetly to one another which clearly reflects their intense love we hear about on tabloids and magazines.

The couple is, in fact, more like friends who share and sort things out without compromising their romantic space. When it comes to marriage and relation, Cameron shares a different perception, unlike any other wifey.

In the same year, Cameron announced the news to take a break from Hollywood and settle a family life with husband, Benji Madden, 40.

Not everyone is fortunate enough to bump into their soulmate at the first attempt. The same proved to be the case in Diaz's life, who suffered several heartbreaks in the past. Let us go through the stunning actress' dating timeline by digging into her relationship history. 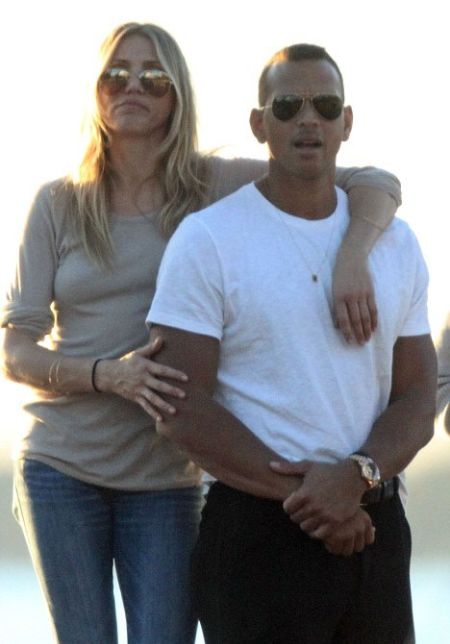 Before Benji, 'In Her Shoes' actress was in a relationship with former American baseball shortstop Alex Rodriguez in 2010. Diaz and Alex decided to part their ways after dating for a year in 2011 due to mutual differences.

Related: Audrina Patridge Files for Divorce From Her Husband Corey Bohan after getting a restraining order >>>

Nevertheless, both partners are still good friends and maintain a healthy bond. 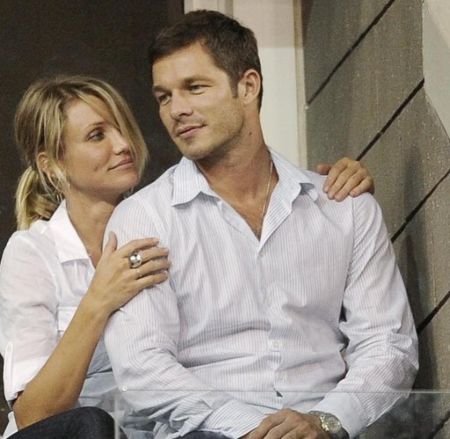 The British model Paul Sculfor admitted he was a cocaine user and stopped taking it because it made his hair fall out. (SOURCE: Die Welt)

Though the couple was only in a relationship for a year, Diaz and British model Paul Sculfor made headlines as the two seemed irresistible together.

Sadly, the partners decided to part their ways due to issues in their long-distance relationship as Diaz was from California, US and Paul was a U.K native. 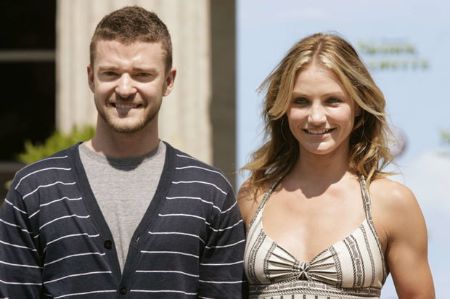 The couple had an on and off relationship for four years. (SOURCE: Fame10)

The 'Knight and Day' star dated American singer Justin Timberlake. The duo met during Nickelodeon Kids' Choice where she initially presented her with Best Burp Award which eventually turned out to be the sparkling point in their relationship.

The actress was in a relationship with the singer for four years but due to Diaz's insecurities, they split in 2007. The duo was even rumored to be married, and as a matter of fact, fans poured the blame for their breakup on Scarlett Johansson and Jessica Biel. 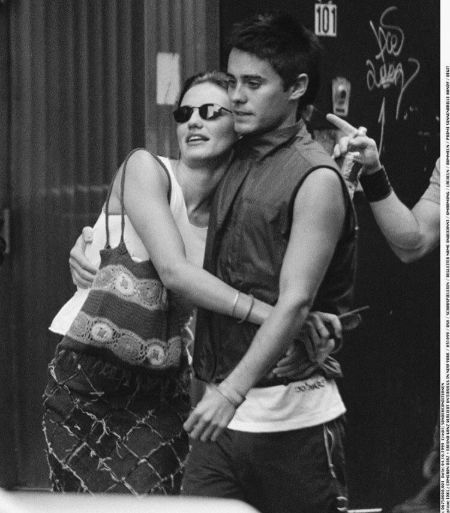 Besides singing Jared Leto is an actor known for roles in the films Requiem for a Dream and Dallas Buyers Club. (SOURCE: Large)

Before dating Justin, Diaz dated 'Thirty Seconds to Mars' frontman Leto in 1999. The pair were engaged in the early 2000 and later broke up in 2003.

As per sources from cheatsheet, the reason behind their split was Leto's unfaithful nature towards Diaz. 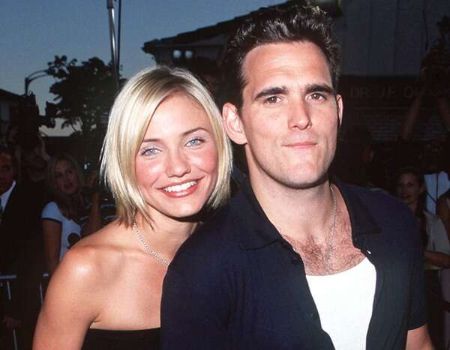 Matthew and Cameron stars in the same movie 'There's Something About Mary' released in the same year they broke up. (SOURCE: E!)

Diaz gave her heart to actor and director Matthew Raymond in 1995. The Outsiders star and Diaz dated for three years and decided to part their ways citing they were both too young for commitment.

The pair intended to put their focus on growing their career in the showbiz industry rather than flourishing their relation. 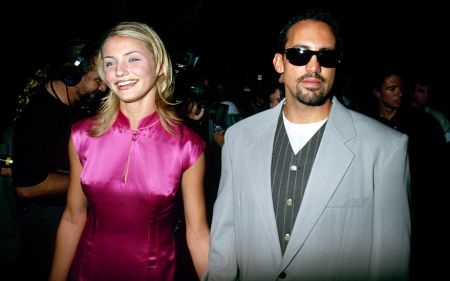 Carlos De La Torre used to photoshoot the retired actress during her early steps in the showbiz industry.
(SOURCE: The Telegraph)

During her initial year in the showbiz industry, Cameron started as a model where she met commercial video producer Carlos during a video shoot.

The pair instantly fell in love shortly after the shoot and dated for four years. They later ended their relation after Cameron's career took an upward turn as she featured alongside Jim Carrey in "The Mask" in 1994.

Meanwhile, Diaz quit the movie industry in the year 2014 after appearing in Annie remake. After stepping away from Hollywood, Diaz shares she's never felt happier and doesn't miss her career. As of now, the former actress is into writing related to beauty and health books, 'The Longevity Book' and 'The Body Book' as well as sharing a blissful relationship with her soulmate Benji Madden.

Hope you enjoyed the article, stay tuned and connected to find more intriguing articles of your beloved celebrity only on Married Wiki.