Home Article is Actress Tichina Arnold Dating a Boyfriend After Two Divorces? See Her Past Affairs and Relationship

is Actress Tichina Arnold Dating a Boyfriend After Two Divorces? See Her Past Affairs and Relationship

American actress Tichina Arnold is regular in making headlines for her on an off relationship. She faced an unexpected divorce for two times the first one with Lamon Brewster and the second one Rico Hines.

Tichina Arnold is one of the most loved American female comedians of all time. She recently said goodbye to her character Cassie Calloway form the popular comedy television series Survivor's Remorse as the show aired it's last episode on October 10, 2017, and we are already missing her.

So, what is she doing these days? Is the diva who has been divorced twice dating someone? Who is her current boyfriend? We have all the details.

What Is The Current Relationship Status of Tichina Arnold?

Tichina, the Let's Stay Together actress, is reportedly single these days. She is not dating anyone with no news of having a boyfriend.

After her second divorce with former husband Rico Hines, it looks like she is taking a break from the relationship.

The 48-year-old actress, however, is ready to date someone but not prepared for the third marriage. She said:

"Oh no! Getting married is not gonna happen again. I know that for sure."

These days she's spending her break vacationing with her friends.

Yal know him as "bad boy" Tommy, but he's "nice guy" Joe to me. Good people. Me & @Josephsikora4 Backstage before the @Starz presentation at @Essencefest #powertv #survivorsremorse

Tichina Arnold: Her Past Relationship and Divorce Issues

Tichina announced her split with Rico Hines in July 2016 when a sex tape of her husband and another woman was leaked publicly.

"I did not expect it to go public the way it did."

She revealed that she felt broken from inside when the content went to the public.

"I had that feeling of, you know, beyond him being my husband, this is supposed to be my friend, my confidant. Somebody who I can trust. And when you can’t trust the person that you sleep with every night, there’s a problem."

She even claimed that it was not the first time Hines betrayed her. 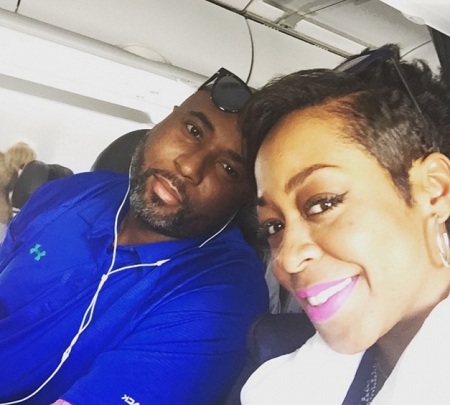 Tichina and her ex-husband Rico Hines, Source: Rolling Out

She married her second husband the St. John's University men's assistant basketball coach in 2012 in an intimate ceremony in Hawaii. They are blessed with a daughter, Alijah Kai together. 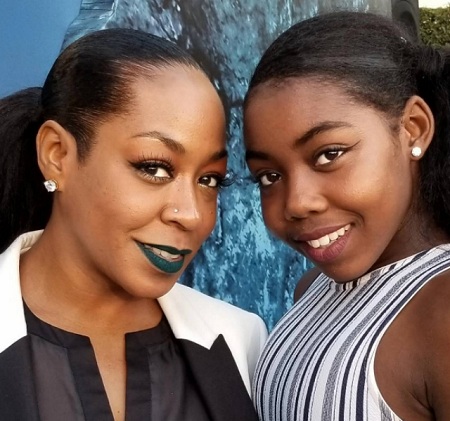 Tichina was also married to a former boxing star, Lamon Brewster but their relationship too did not last long. They were together for just three years. The estranged couple divorced in 1995. 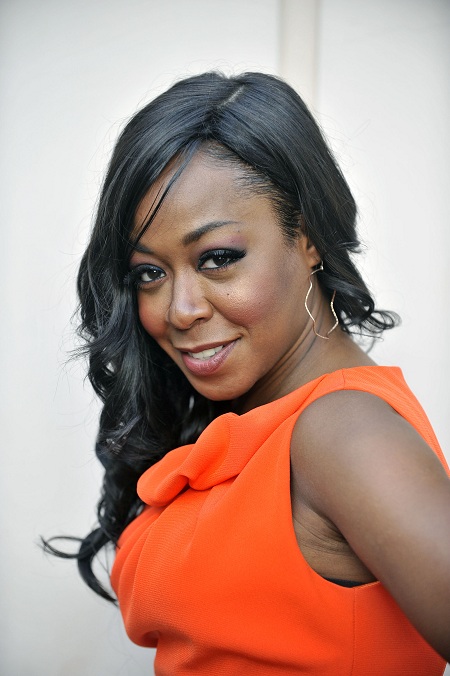