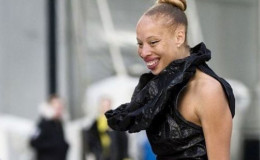 "While most are dreaming of success, winners wake-up and work hard to achieve it."

We have a lot to learn from the hard work and challenges Stacey McKenzie faced during the initial phase of her career. The Canadian fashion model was rejected time and again for her looks. Despite all, years of struggle certainly made her go high up in the sky where no one can touch her.

Yes! her talent and years-long passion spoke so loud that her knockers learn a good lesson. Wanna know more about her? Let's move on!

Stacey McKenzie's Dating Life: Does She Has A Secret Boyfriend?

Canadian fashion model, 46, Stacey McKenzie who served as a guest mentor on two episodes of cycle 23 of America's Next Top Model in 2017 grabbed the attention all again as she became the runway pack of cycle 24 in January 2018. 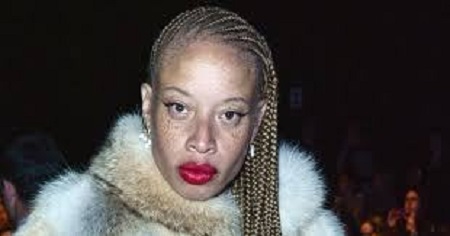 Stacey McKenzie might be single at present SOURCE: Clinton Lindsay

While she's on the peak of her career, her fans are taking much interest in her personal life and boyfriend. Despite her fans and media giving much attention on her private life, it seems McKenzie still require some time to talk on the very topic.

She's never spotted spending a quality moment with a guy and never spoke a word on her date and boyfriend in mass.

Also Read: Anwar Hadid; American Fashion Model is Dating someone: Find out about his Girlfriend and Affairs

For now, it's liable to assume that McKenzie is single. Being completely busy on her career path might be the reason or the actual might be hidden far behind!

Stacey McKenzie Rose To Fame Despite Being Bullied For Her Look

Rising higher into the world of fashion was not so easy for McKenzie. Overcoming hurdles regarding her different looks and upbringing, she brought a positive chance so-called "a beauty in diversity".

She was just 6 years of age when she came across an image of Jean Paul Gaultier and made up her mind to be the part of the fashion industry. However, things definitely not so easy for her as she faced constant rejection and cruel comments for her looks.

Thank you for having me back Kent State University @modistagroup! To be able to share my knowledge and experiences with the students / fashionistas of the future is truly a blessing and a honor. I hope every one of the attendees walked away from our Be Your Own Boss conference with even more confidence to pursue their dreams. Big up and Bless up to each and everyone of you. Dress by my niece @notanother_to Shoes by @versace

She repeatedly tried for five long years but nothing came in her hand but the failure. She recalled,

"They said I was too different-looking, that I wasn’t going to be able to sell anything."

"I always wanted to open doors for others that looked different, I wanted designers and photographers to change their minds. I felt like I was on a mission — to make it myself — and to show others that it doesn’t matter how different you look, how unique you are, there’s still a place for you."

Meanwhile, she works for the global market including Austria, Paris, London, Italy, the United States, and Japan. She appeared in many campaigns like Calvin Klein CK, Jean Paul Gaultier, Reebok, MAC, and Mexx.

Also, she appeared on the cover of magazines including Vogue, Essence, LeMonde, and Panache.

We can definitely learn a lot from her. What do you people think?