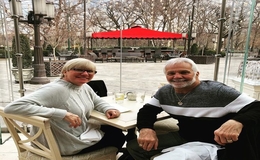 Captain Lee Rosbach is unquestionably one of the favorite casts of the fans who watch Below Deck. And, as much as his journey on the reality TV show has been fascinating, the same can be said about his personal life.

Best known for his appearance on Below Deck and his love for the ocean and sea, TV personality Captain Lee Rosbach has had his eyes on only one woman for over forty years. And the lucky woman is Rosbach's wife, Anne Mary, who Rosbach tied the knot in 1975, forty-six years ago in January 2023. At the same time, his co-star from Below Desk, Kate Chastain, is not married. 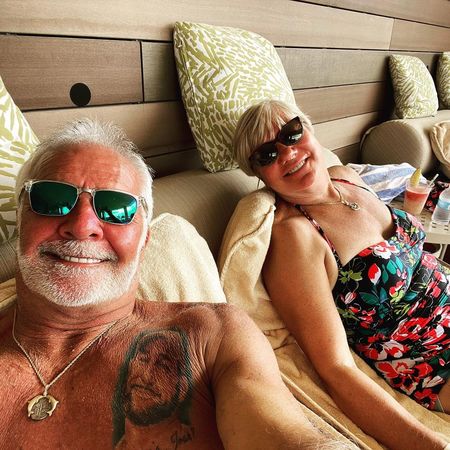 Impressively enough, while many marriages fall apart when the husband has to work far away from home, Rosbach and his spouse managed to work on their holy matrimony vows for all these decades.

That's right, in 2023, Rosbach and Mary will celebrate their 47th wedding ceremony. Not to mention, the 73 years old Captain, who is also active on his Instagram page, often shares snaps of his lovely wife and family members, including his grandchildren. 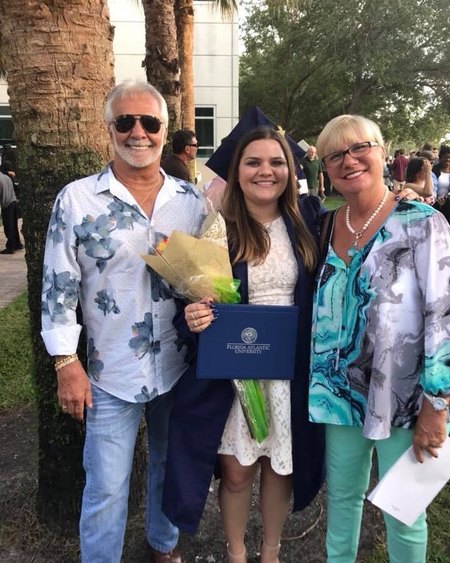 In addition to Rosbach's children, the couple is a proud father and mother of their daughter Sherri Ryan, and sons including Glen Ryan, Sean Rosbach, Eric Rosbach, and the late Joshua Lee Rosbach.

Rosbach's son Sean, a professional chef, followed his father's passion for working in a private yacht in the ocean. The children of Captain Lee, however, keep their private life away from the limelight.

Unfortunately for Rosbach, one of America's renowned personalities, it's hard for him not to talk about his private life. On that note, Captain Lee was outspoken about the death of his son Joshua with the public.

July will always be a hard month for Lee Rosbach and his family. After 2019, Lee and his wife and children have always mourned the death anniversary of their son Joshua Rosbach on this specific month. 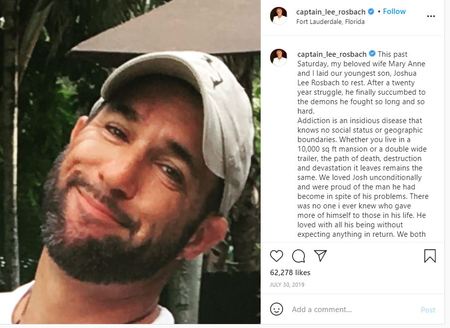 Captain Lee lost his son Joshua in July 2019 to an accidental alcohol overdose. Joshua, 42, had been struggling with alcohol addiction for the last 22 years.

According to the Captain, his son also loved animals and the ocean, just like his father, so he lived near the sea in Florida. And, for their deceased son's passion for animals, Rosbach even asked his fans to donate to Florida's Humane Society of Broward County.

But, what touched many after Joshua's death is the fact that Captain Lee, who tattooed his son's face on his chest, went on his Instagram page and asked his followers not to pray for his son but to look after their loved ones before it was too late so that they don't have to face the same fate as them.