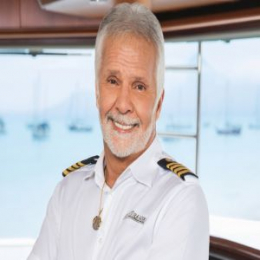 ''Hard work surely pays off.'' This quote perfectly suits the Yacht Captain Lee Rosbach who worked as bartender and manager of a small restaurant is now the famous reality star. Lee is one of the main characters of the television reality series "Below Deck".

Who Is Lee Rosbach's Wife; Know About his Relationships, Wedding, Children, Surgery

Lee Rosbach is happily married to the love of his life, wife Mary Anne. The couple is the perfect example of a match made in heaven. Furthermore, they got married on September 1975 and still shows no sign of dispute or divorce.

I’m a fan of @kareemabduljabbar33 but I was was dismayed to read in The Hollywood Reporter that he compared my comments on a recent episode of BD to wearing blackface in his op-ed . I have always done my very best throughout my long career to stay ‘woke,’ and treated my female employees with the same standards and decency as the male ones. Always have, always will. With me it’s not about gender, it’s about your quality of work.

The wedding of Rosbach and Anne Mary was held in an intimate ceremony between friends and family. Even after being married for a long time, they are still very loving and caring towards one another. Moreover, the love birds traveled the world together and spent most of their life on the sea.

The pair are the proud parents of their four sons and one daughter. Moreover, Lee's son, Sean, is also a chef on a private yacht. What's more, Rosbach granddaughter Bre, graduated from college, as reported by Bravo TV.

A very proud Grandfather as his granddaughter graduates from college. My bride and I are so proud of Bre, we love you sweetie.

How Much Is The Net Worth Of Lee Rosbach? Know About His Salary, Earnings

Lee Rosbach holds the net worth of around $2 million. He garnered this fortune from his career as a reality star and yacht caption. In addition, the average salary of a reality star in the United States is around $50110 per year.

Lee collects a good fortune as a yacht Captian. Likewise, the 70 years old earns somewhere between $95 thousand and $130 thousand annually. Meanwhile, he made bucks from the popular Bravo Network show Below Deck.

Rosbach worked as a bartender at a biker’s bar that he also managed. Furthermore, he also owned and operated several restaurants in various states. He even worked in Indiana, Georgia, Florida, and even the Caribbean island of Turks and Caicos as a restaurateur before deciding to enter the world of yachting. 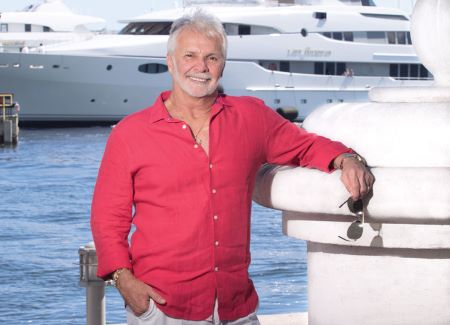 Lee Rosbach is happily married to the love of his life, Mary Anne. Furthermore, they got married on September 1975 and still shows no sign of dispute or divorce.