Home Article A Complete Timeline of Cardi B and Offset's Relationship

A Complete Timeline of Cardi B and Offset's Relationship 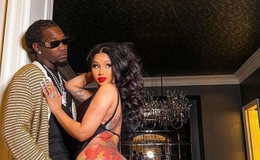 Inside Cardi B and Offset's dramatic relationship: The pair have been together for five years and share two children: Complete story here!

Cardi B and Offset, the two hip-hop heavyweights, have been together through many ups and downs but still aren't the most loved couple after all the drama, self-created mostly, they've endured. Even the most ardent fans would call the couple a wrong match or, worse, a toxic one. Cardi B is a Grammy-winning rapper who first appeared in the television domain as the cast member of VH1's Love & Hip Hop: New York. She had a groundbreaking success with her debut single Bodak Yellow. She is rightfully called the "reigning queen of hip hop."

Offset, born Kiari Kendrell Cephus, is an imposing name in the hip-hop industry. Best known as the founding member of the rap group Migos, Offset and his fellow mates Quavo and the recently deceased Takeoff have spawned some hitmakers that have gained the status of an internet phenomenon. Dig inside the couple's relationship timeline as their marriage comes under public scrutiny after Cardi B shared NSFW text of Offset being unfaithful to her- yet again.

Cardi B and Offset's Relationship Timeline!

The WAP rapper and the Migos star's on-and-off relationship has been going on for nearly five years. Despite the many illicit accusations and recurring infidelity rumors, Cardi B asserts she and Offset are going strong. The pair first met at a Hollywood event in 2016. The I Like Hit crooner recalls Offset was attracted to her from the get-go. "He was very consistent. He really wanted to talk to me," shares Cardi. 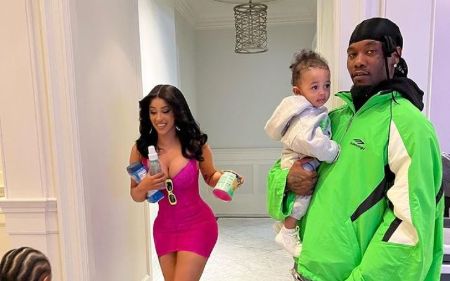 Cardi B and Offset have been on and off since 2017. SOURCE: Instagram

Then came the duo's first collaboration, Lick, in January 2017, and Cardi B and Offset had a hard time debunking their romance rumors or thwarting the sexual tension, for that matter. The pair confirmed their dating rumors shortly after the speculation swirled through the hip-hop fandom. "It's been a blessing, me meeting him and meeting his friends. I see how hard they work. And that motivated me to work even harder," said the Bodak Yellow rapper.

The Love & Hip hop star expressed her readiness about delving into marital life, not so subtly persuading her man to propose. "I'm a woman. Every woman, I think, wants to get married and wants to have children. It's never too early to get married now. You know, if you want to propose to me, you can," Cardi said during her performance at the MTV VMAs in August. 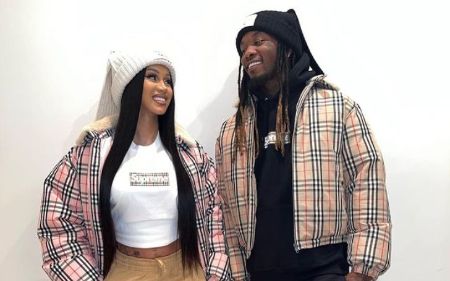 The couple secretly tied the knot in September 2017. SOURCE: Instagram

Offset was quick to take on the clue by getting down on one knee at a concert in Philadelphia, but little did the fans know that the sneaky couple had already gone behind their back and tied the knot a month earlier in September. You'd think the couple's hush-hush wedding ensued with more bliss, but troubles knocked very early in the duo's paradise. Offset was embroiled in a cheating scandal just a few months into his nuptials with Cardi.

Offset details how it all started with the Money rapper!

"I'm going to make a decision in my own times with my heart and mind," Cardi wrote on Twitter amid the cheating scandal. She added, "I don't need to be rushed or be told what to do. Its [sic] my life! I belong to me not to the world." The couple walked through their first chaos hand-in-hand as they found Cardi was expecting. Their firstborn, daughter Kulture, was born on July 10, 2018.

Cardi B and Offset as Parents!

Cardi B and Offset's boomerang relationship has become an old story now. The couple called it quits for the first time after the birth of their firstborn in December 2018. The pair's split was followed by grand "take me back" gesture from Offset, and the trick seemingly worked when the Money singer gave Offset a second chance in early 2019. Another split strikes in September 2020 as Cardi files for divorce-only to reconcile with the rapper after a month. 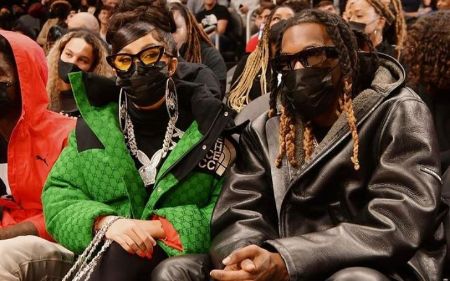 Cardi B and Offset commemorated their son's 1st birthday in September. SOURCE: Instagram

Much like their initial turbulence, the Clout couple's second breakup was also followed by a quick reconciliation and their second pregnancy announcement. Cardi gave birth to the couple's son, Wave Set Cephus, in September 2021. "We are so overjoyed to finally meet our son," the pair's statement read, adding,  "he is already loved so much by family and friends and we can't wait to introduce him to his other siblings."

Many might not be aware of the fact, but Cardi B and the Migos rapper are a blended family. Offset has three children, Jordan Cephus, 12, and Kody Cephus, 7, and daughter Kalea Marie Cephus, 7, from his previous relationships, and the as per the Bad and Boujee rapper, the WAP rapper, plays the best bonus mother to Offset's kids. "It's a blessing to be able to have them all together, and to have a wife who's open and treats them as if they're her kids," the Migos rapper explained. 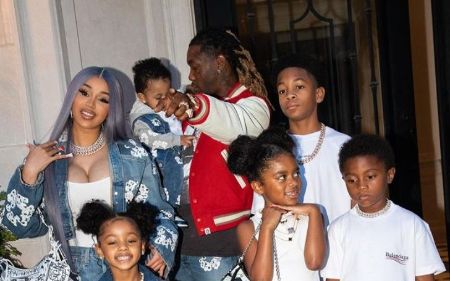 The parents of two commemorated their youngest-born's first birthday in September. My big Wave is 1-year-old today. I love you, big man," Offset wrote alongside the cutest-ever snaps of his son. Offset shares his three kids with three different women. The Migos rapper reportedly keeps an amicable bond with all three- Justine Watson, Oriel Jamie, and Shya L'Amour.