Home Article Carla Gugino and Sebastian Gutierrez are dating since 2005: Happy couple: Still have no plans to get married

Carla Gugino and Sebastian Gutierrez are dating since 2005: Happy couple: Still have no plans to get married 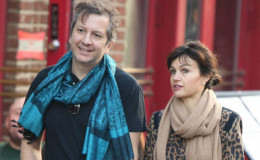 Sebastian Gutierrez (born September 10, 1974) is a Venezuelan film director, screenwriter and film producer.known for writing the screenplays to the films Gothika, Snakes on a Plane, The Eye and The Big Bounce, and writing and directing two independent female-driven ensemble comedies, Women in Trouble and Elektra Luxx.

Everyone knows the gorgeous and fierce "Ingrid Cortez" from the popular movie "Spy Kids trilogy" or the sexy burlesque dancer-turned-superhero Sally Jupiter from the 2009 hit movie "Watchmen". The versatile and exceptionally beautiful actress is none other than the famous "Carla Gugino."

Carla, unlike her serious and savvy roles on screen, is very fun loving and loves being in relationships. Most of you might not know this, but Carla has been dating her collaborator and famous writer/producer and director Sebastian Gutierrez since 2005.

Though the amazing couple has been dating for more than a decade, they have not tied the knots yet. What's the reason behind this? Let's find out.

Unlike the common love stories where the co-actors fall in love with each other, Carla and Sebastian's love story is very different. 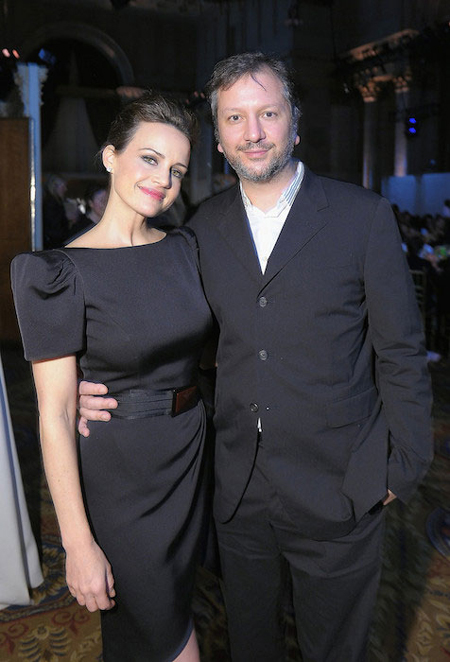 The duo met a couple of years ago when Gugino was working as the collaborator of the writer. Their professional meetings gradually transformed to personal meetings and eventually, they started going on dates. 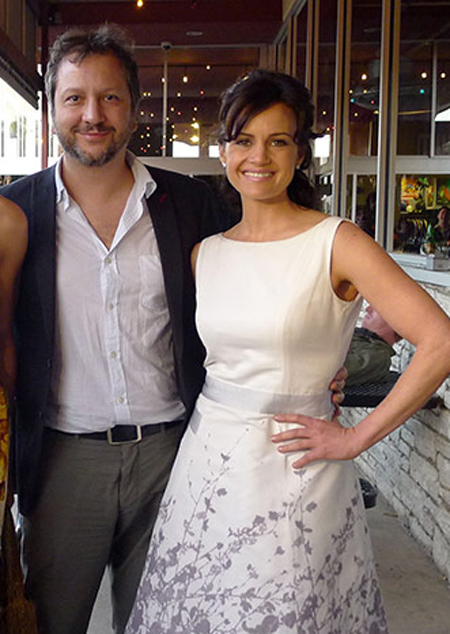 Sebastian has worked has a screenwriter for hit movies such as "Gothika", "Snakes on a Plane", "The Eye", "The Big Bounce" and "Hotel Noir".

The couple still has no plans to get married

Despite being in a healthy and happy relationship for more than a decade, the amazing couple, Sebastian, and Carla has not tied knots yet. 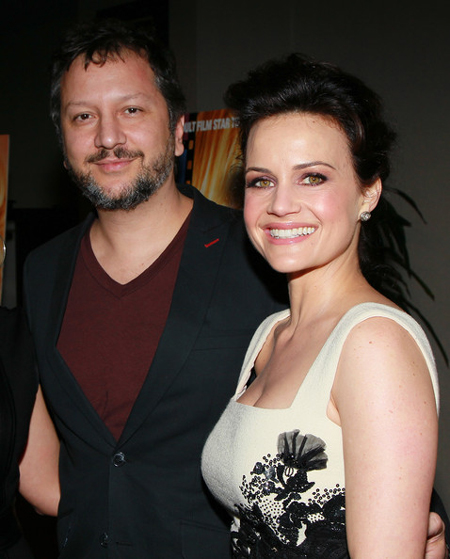 On an interview with People.com Gugino revealed why the couple has not thought about marriage yet. She told:

"Marriage isn’t important for us. We like being boyfriend and girlfriend; there s something sexy and fun about that.”

Gugino further added that she's really happy the way things are and there's nothing holding them back so getting married is not their cup of tea right now.

With @wongbd and #garyoldman on set trying to hide from the dust and heat! Snapped by the eagle eyed @jackenglish1948 #thespacebetweenus #albuquerque #goodtimes

Here's a video of Carla Gugino on a popular show "The Late Show". Enjoy watching!

Well, all in all, we really hope that the duo finally settles down and tie the knots soon without keeping the fans waiting for so long. Also, we really wish them the lifetime of happiness and togetherness.