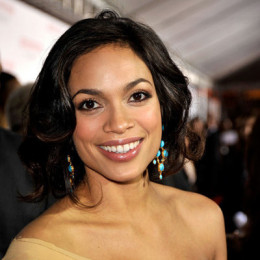 Rosario Dawson is single but previously, she dated filmmaker Danny Boyle. In 2017, she was in a relationship with actor Eric Andre but broke up shortly after.

Rosario Dawson holds an estimated net worth of $16 million.