Home Article Who is Carson Kressley Dating? Is he Gay? Find out here

Who is Carson Kressley Dating? Is he Gay? Find out here 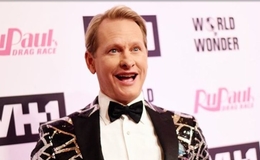 Carson Kressley is a fashion expert who gained media exposure after starring on the award-winning Bravo TV show, Queer Eye for the Straight Guy. Besides, this Emmy Award-television personality is featured on the show, Dancing with the Stars. But, is Carson in a relationship with anyone. Know About his Dating history and his opening up about being gay.

Who is Carson Kressley dating?

Carson Kressley is a renowned celebrity television personality & fashion designer who rose to prominence in 2003 by portraying the "fashion savant" on Bravo's Queer Eye For the Straight Guy. 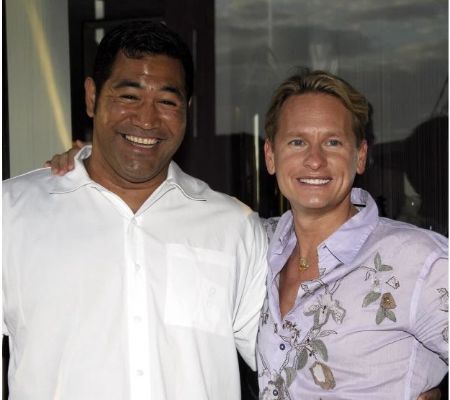 When it comes to her dating life, Carson was once romantically linked to Thom Filicia. Together, they co-host Get a Room with Carson & Thom on Bravo. Tom, however, reported to Bravo TV that the two have sibling esque relationships & no love affairs at all. However, in 2016, Carson opened up about dating former Atlanta Falcons defensive lineman Esera Tavai Tuaolo aka "Mr Aloha," a fellow gay man who revealed his sexuality in Bravo TV, 2002.

Well, Carson never revealed how long the pair dated. After their split, Carson admitted that dating a footballer was pretty amazing & even considered tying the knot with his former flame. As for now, the fashionista is single and probably won't hesitate to announce to the public even if he does get married or find a boyfriend.

Carson Kressley - Coming Out as Gay

Carson Kressley always remained open about his sexuality to the public right from the beginning. Carson recalled his moment of coming out gay to his parents in 2003, days ahead of the premiere of 'Queer Eye for the Straight Guy. 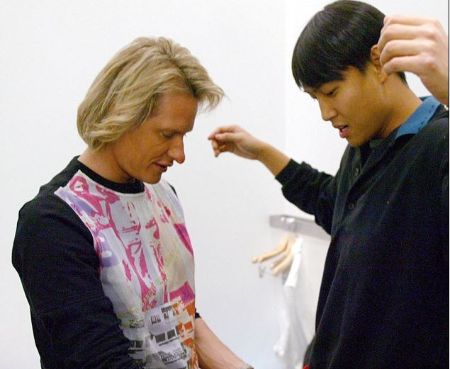 Carson Kressley is a part of the LGBTQ+ community. SOURCE: Instagram(carsonkressley)

While driving in the car with his mother, the Pennsylvania native said about the show he's doing called Queer Eye for the Straight Guy. Carson's mother instantly guessed of him not being the straight guy. As per Carson, the Bravo TV star revealed that his parents were the last people he told about his sexuality. The reason behind the decision to reveal was to star on I'm A Celebrity. Get Me Out Of Here!. 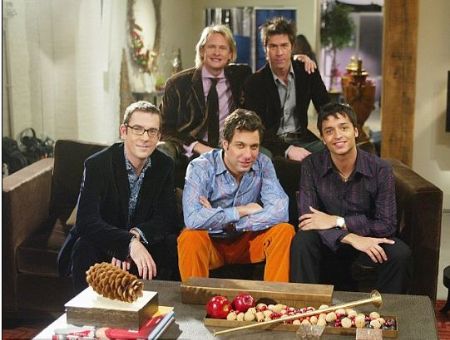 Carson Kressley with the star cast of Queer Eye for The Straight Guy. SOURCE: Pinterest

Not to mention, Carson also talked to his campmates about the frequent bullying that he had to suffered being a young gay man at school. Carson told said:" The thing that's especially difficult for gay kids. You go to home and you are afraid to tell anyone, because you're afraid nobody will love you."

More About Kressley - Career & Net Worth

Carson Kressley began his career as an independent stylist & designer working for Ralph Lauren from 1994 to 2002. His jump into television in 2003 on Queer Eye boosted his popularity. For the show, Kressley even won an award for the Outstanding Reality Program in 2004.

Check out Carson Kressley talks bout when he first moved to NYC below.

Likewise, Kressley also hosted the US TV series, How to Look Good Naked in 2007. Besides, Kressley is also a fashion critique in shows and high-profile events such as the Golden Globes and Oscars. Other notable contribution of Carson to the entertainment industry includes his role as a judge in the Miss Universe pageant in 2005. Coming to his net worth, Carson possesses a sum of $8 million.