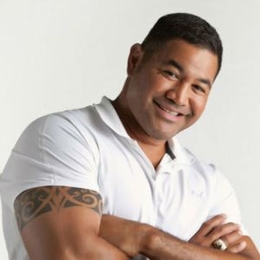 When one hears of an American football player, people usually imagine a big, strong, aggressive, and somewhat proud person. But that is not the case for former American football, Esera Tuaolo, who is one of the most loved players considered as kind, humble, demeanor during his active playing time. He played as a defensive tackle for various National Football League like Green Bay Packers, Minnesota Vikings, Jacksonville Jaguars, Atlanta Falcons, and Carolina Panthers.

How Is Esera Tuaolo's Personal Life Going On?

The retired athlete does not seem to be in a relationship with anyone and is possibly single at the moment.

The former Minnesota Vikings defensive tackle is quite active on social media, especially Instagram, and frequently gives an insight into his personal life and activities. 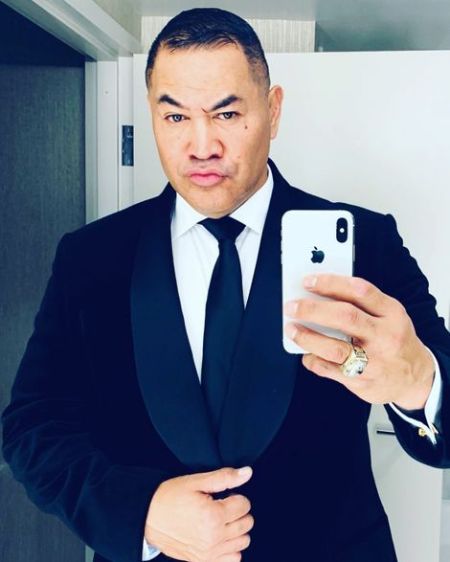 Esera, however, has not shared much information about his current love life. He prefers to be silent on that matter.

Was In a LongTime Relationship In The Past

Esera was previously in a relationship with Minnesota businessman Mitchell Wherley. The two first met at a nightclub in Minnesota in 1995.

In their first encounter, the two had a simple chat and, in the end, exchanged phone numbers. Within a couple of weeks after that, the two started dating and became lovers. 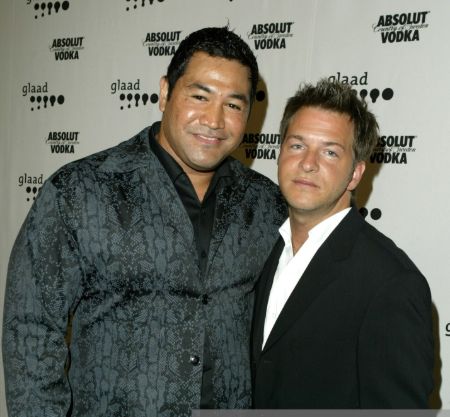 Although they were in an intimate relationship for many years, Tuaolo's relationship with his gay lover Mitchell did not come to light until he revealed it in the early 2000s.

The duo also shared twins; son Mitchell Tuaolo and daughter Michele Tuaolo whom they adopted in 2000. Along with their kids, there was good bonding between the two, and everything seemed to be going on well. 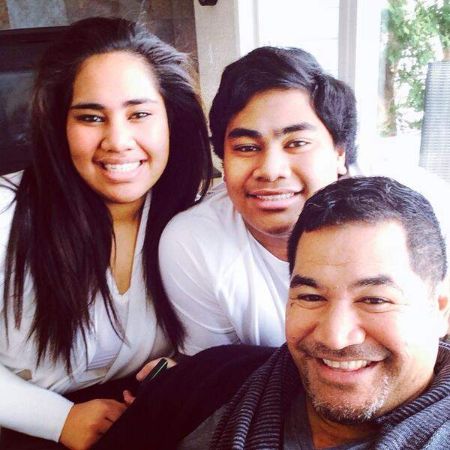 Unfortunately, after more than ten years of relationship, the two parted ways in 2007. The exact reasons for the pair split are not revealed. 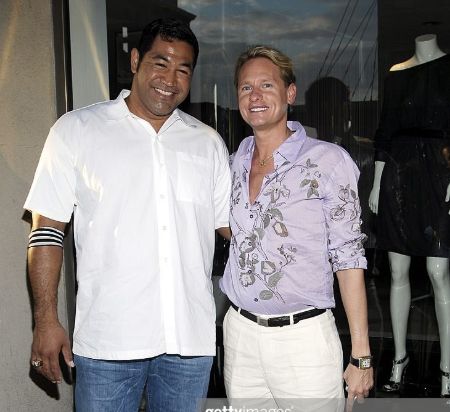 In an interview in 2016, American television personality Carson Kressley revealed that he once dated Esera.

"I once went out with a football player who was in the Super Bowl, so there."

Carson further stated that he is an "awfully nice guy" and told that he and Tuaolo are friends. However, he did not give details on when and how long they were in romance.

Coming Out As Gay

It had not been long since Esera hanged his football jersey and retired from the NFL, he came out and opened about his sexuality and told that he was gay in 2002.

The 1.93 meters tall man came out after struggling for many years to open about it, fearing the wrath of people.

The big man revealed that he knew about his sexuality from a young age, he said:

"I have always known what I was, even before I knew what gay meant. I grew up poor on a banana plantation in Hawaii, the youngest of eight kids. We went to a Pentecostal church with my mother, and that's where I learned how to sing. But from a young age, I knew that I was different. I was attracted to men."

In 2001, while he was on a rafting trip with his then-boyfriend Mitchell along with his kids and in-laws and was recognized by one of the other rafters who was a Vikings fan.

Esera and his partner had to lie about their relationship, and it hurt him. After returning home, they decided that it was time, to tell the truth.

After revealing his sexuality, the former Jacksonville Jaguars player said that his "life right now is wonderful."

Esera is mostly renowned among the audience for being a friendly, kind, and humble guy, but everyone has that one dark side which they don't often show. Similarly was the case for Esera.

In June 2010, the 51-year-old allegedly assaulted someone in North Oaks. Police kept the alleged victim's identity secret and arrested the former NFL player and charged him with domestic assault and disorderly conduct.

Police arrested Tuaolo on July 20, 2010, and released on a $2,000 bail. The judge gave him a domestic abuse-related no-contact order with the victim and set a hearing on the matter for August.

Journey In The Voice

Besides playing football, there is one more thing Esera is passionate about that is singing. In 2017, he went for an audition for season 13 of the American singing competition "The Voice." He sang American singer Andra Day's "Rise Up."

The retired athlete managed to impress judges and two of the four judges, Jennifer Hudson and Blake Shelton turned their chair.

Check out the clip of Esera Tuaolo singing at "The Voice"!

After thinking hard about it, Tuaolo chose to be on Team Blake. In the Battle round, he was paired with Team Blake contestant Rebecca Brunner.  Both of the participants sang NSYNC's "This I Promise You." Coach Shelton chose Tuaolo to go to the Knockouts round.

In the Knockout round, he came up against Adam Cunningham. Tuaolo sang "Superstar" from Delaney & Bonnie. Coach Shelton decided to keep the former football player for the playoff round, dropping Cunningham from his team.

On the Playoffs broadcast on November 13, 2017, Esera sang LeAnn Rimes' song "How Do I Live." His coach Blake Shelton was forced to pick only three of his team's six finalists, eventually chose to exclude Tuaolo from his final three, thus eliminating Tuaolo from the competition and ending his dream to win the competition.

Asked how he felt while being eliminated and his journey in the "The Voice,"

"Gosh, it was sad being eliminated but I got my voice and something I put on the back burner because of football, I got to kind of bring that back and pursue this dream that I've always wanted and that's singing. So, I am going to take this with me and continue to sing and continue to spread the Aloha and spread the love."

Esera is singing still today, and he looks just as happy as he always has when singing.

Esera has a net worth of $5 million from his career as a football player.

In nine years of his professional football career, he played with numerous NFL teams such as Green Bay Packers, Minnesota Vikings, Jacksonville Jaguars, Atlanta Falcons, and Carolina Panthers. Thus, he should have made a lucrative sum by playing in such high-profile clubs.

Tuaolo is also an author of his biographical book titled "Alone in the Trenches: My Life as a Gay Man in the NFL." The book costs $15.99 on Amazon.

Esera Tuaolo has twin children one of whom is Michele Tuaolo. He adopted Michele in 2000.

Ex-Atlanta Falcons defensive tackle, Esera Tuaolo has twin kids one of them is Mitchell Tuaolo whom he adopted in 2000.