Home Article Chad Michael's Voyage As a Drag Queen and Loving Husband To His Partner Adam Magee! Get Exclusive Details Of Couple Here

Chad Michael's Voyage As a Drag Queen and Loving Husband To His Partner Adam Magee! Get Exclusive Details Of Couple Here 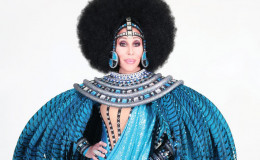 Chad Michaels is in a blissful Relationship with his Partner of many years; Do they have any Children; Find out more

Whenever we hear the term "drag queen" the name Chad Michaels certainly rings a bell!! Well, in today’s section we’ll be taking a close look at her personal life and we’re sure you’ll be amazed to know all the details that have been hidden before.

The drag queen is in a blissful relationship with her loving husband of many years. Many of you might not be aware of his journey from coming out of the closet and becoming the most celebrated drag queens of all time.

But worry not we're here to provide all the detail about the exceptional entertainer. Stay put!

There are a lot of famous Hollywood same-sex marriages but the one we’re going to talk here is one of the fascinating ones. Not your exact fairy tale kinda marriage, but the pair makes sure they share every beautiful aspect of their married life together.

Chad, who is a drag queen and Cher impersonator, married the love of his life, Adam Magee. They exchanged vows in an intimate ceremony in the presence of close friends and families. 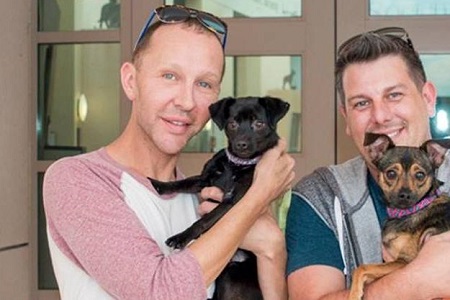 The pair is often dubbed as one of the unusual pairs purely because of Chad's profile of working as a drag performer. But this hasn't affected the pair's perfect relationship and they're proud of each other! 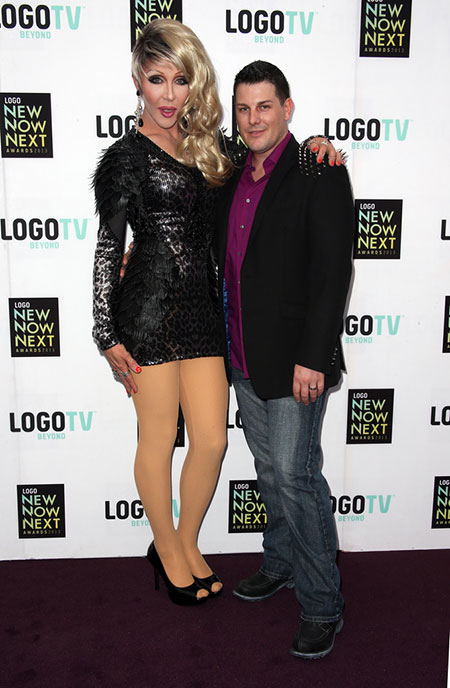 Chad and Adam during the LOGO TV's premiere in LA,
Source: Zimbio

In 2016, Adam shared a beautiful picture of them on his Twitter account wishing his better half a 'Happy Anniversary.'

13yrs is incredibly easy when you have a man like @ChadMichaels1 to share the journey with. Happy Anniversary Lover! pic.twitter.com/utff0iZWCX

They're not shy from flaunting their love all over the social media and hence usually upload PDA packed pictures on their social media account.

With my two loves, @adammagee8803 and our Ratty. Photo by: @gaylemagee1

Although they are yet to adopt any child of their own, the pair does have a small member in their family- their pet Chihuahua called Ratty! Apart from that, Chad is also a great uncle to his nephew and whenever he is free, he spends time with him.

The 46-year-old runner-up of the RuPaul's Drag Race started out his career as a drag queen back in the 1990s and is making headlines ever since.

He performed in a variety of music videos or in movies as a Cher impersonator. He acted in 2011 movie, Bamboo Shark as a Cher. He worked alongside big stars like Christina Aguilera, Cyndi Lauper, and Cher as well.

He was also crowned as the Queen of Queens at the first season of RuPaul All Star Drag Race in 2012. He won the big prize money of US$100,000. Now, he has his own production of Dreamgirls Revue, California's longest running female impersonation show. 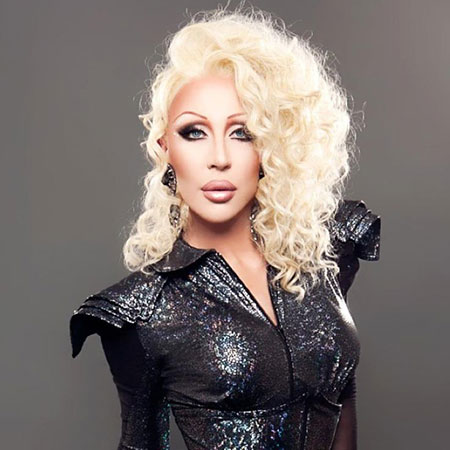