Home Article Chelsea Field Married to Husband since 2009; The couple shares two Children between them; See their Relationship and Affairs

Chelsea Field Married to Husband since 2009; The couple shares two Children between them; See their Relationship and Affairs 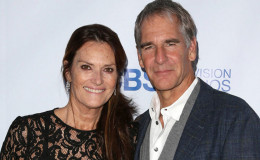 Chelsea Field Married to Husband since 2009; The couple shares two Children between them; See their Relationship and Affairs, Also, see Scott's Wiki, Net Worth, and Career

Marrying a famous personality from the celeb world can be quite a handful task for any regular person. They'll feel overshadowed by their better half's fame and it can be very stressful for their marriage.

But Chelsea Field manages just fine even though her husband is a big shot in the entertainment industry. She married actor Scott Bakula and the pair shares two children between them.

Today let's take a look at their blissful married life and be up close and personal with your favorite star.

There comes a time in a person's life when he/she has to make strict decisions, in order to live life without any problems. After Scott's first marriage ended in a tragic divorce, Chelsea came as a guardian angle for him.

After Scott's first marriage ended in a tragic divorce, Chelsea came as a guardian angle for him. 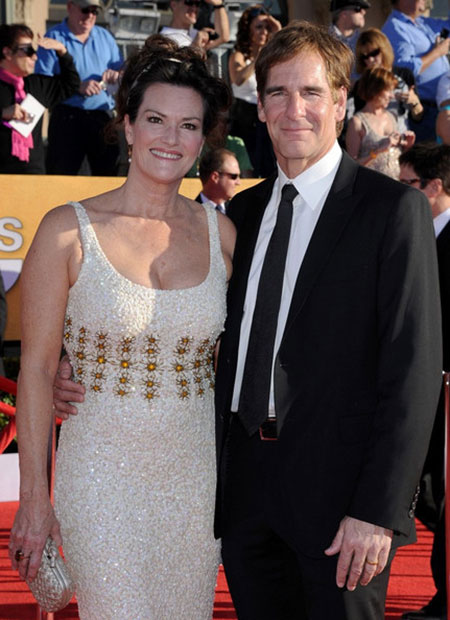 Chelsea married Scott after dating him for around 15-years, Source: Zimbio

The pair first met each other in 1994, after coming across one another through a mutual friend. It wasn't a love at first sight for them.

It's quite hard to imagine that the pair dated for around 15-years before tying the knot. The couple started going out after he called divorced from his first wife, Krista Neumann.

Talking about his divorce, he stated,

“It took me a long time to work out my feelings about our relationship.”

Well, not to blame Scott as after divorce it's quite difficult to move on quickly. 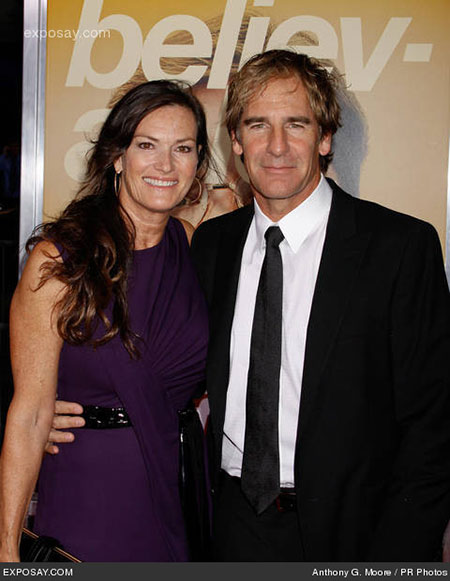 Scott was previously married to Krista, They divorced in 1995, Source: IMDb

But his second wife helped him move on. They exchanged vows in 2009, after dating for around 15-years.

The marriage itself took place in a secret place and only close friends and family were cordially invited to bless the newly wed.

The pair lives together with their two young children. They share two boys, Wil Botfield and Owen Barrett. Both their son are in their early 20s. 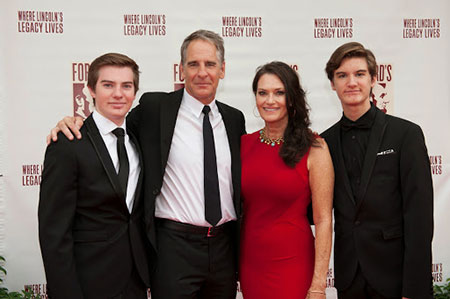 The pair shares two boys between them, Wil and Owen, Source:

Scott also shares two more children from his previous marriage to Krista. He is a father of two children with Krista, Chelsy, and Cody.

Talking about their relationship and distance due to his busy career, Scott divulged,

“It takes energy and focus. We work hard to stay present in the relationship. Chelsea is amazingly present and has taught me a lot about relationships and spirituality. I feel incredibly lucky to have the career and family I do.”

Well, we sure hope Scott's second marriage works out fine for him. And judging by the signs of things, their marriage life seems to workout just fine. 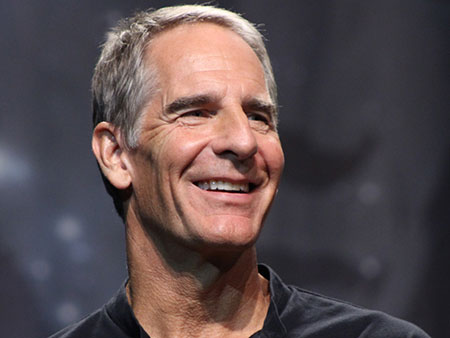