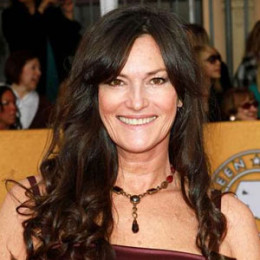 Fangoria Chainsaw Award nominated actress, Chelsea Field, is an American actress better known for The Last Boy Scout, Masters of the Universe and Commando. Besides acting career, she is one of the well-trained dancers. She is a married woman to Scott Bakula in the year 2009 after dating each other from 1996. They are blessed with two children: Wil and Owen.

Born on 27th May 1957, Chelsea was born and raised in the city of Glendale, California, USA. From her early days, she was passionate about acting.

She attended and passed her degree from Crescenta Valley High School in La Crescenta, Californian in the year 1975.

She started her career as a dancer with her first TV role on Airwolf, an American TV series in the year 1984. The TV series was created by Donald P. Bellisario. The following year in 1985, she made Hollywood debut in American romantic drama movie, Perfect, starring John Travolta and Jamie Lee Curtis. The movie was directed by James Bridges.

Chelsea has played more than fifteen Hollywood movies and received tremendous name and fame in the industry.

Apart from Hollywood movies, she also acted in small screen. She first appeared in an American anthology series Summer Playhouse, which was aired on CBS. After playing several supporting roles in movies such as A Year in the Life, The Bronx Zoo, and Thirtysomething, she landed a lead role in Nightingales in the year 1989.

Till now, she appeared on more than twenty TV series including NCIS: New Orleans in the year 2017.

Chelsea is married to Scott Bakula, an American actor best known for Quantum Leap and Star Trek: Enterprise. They married on 14th December 2010, after a long relationship of fifteen years. The married secretly and the guests included close friends and family members. Chelsea first met her husband Scott each in 1994 and quickly became friends.

The couple has shared the screen together where she played the ex-wife of Alex Michaels, who is played by her real-life husband, Scott Bakula in the series NCIS: New Orleans.

The couple is blessed with two young children: Wil Botfeld and Owen Barrett. Both of them are in their early 20s.

Chelsea Field is married to Scott Bakula after a long relationship of fifteen years in 2009. Scott Bakula is one of the renowned actors of the Hollywood industry better known for science-fiction TV series Quantum and Star Trek: Enterprise. The couple was blessed with two young children before their marriage named Wil Botfield Bakula in 1995 and Owen Barrett Bakula in 1999.

Wil Barrett Bakula is the younger son of Chelsea Field and Scott Bakula who was born in 1999. He is a sibling brother of Wil Botfield Bakula.