Home Article CNN Newsroom Anchor Brooke Baldwin Is Living A blissful Married Life With Husband : Know About Her Family And Children Including Her Salary And Net Worth

CNN Newsroom Anchor Brooke Baldwin Is Living A blissful Married Life With Husband : Know About Her Family And Children Including Her Salary And Net Worth 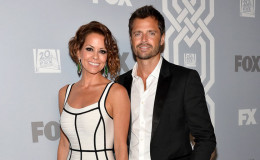 Rumors concerning the dating life and marriage of well-known celebrities are pretty common. However, it's not often you see some crazy speculations gathering so much pace everybody ends up believing despite the fact that it was not even close to the truth.

Brooke Baldwin's dating life saw some insane rumors swirling that she could not believe herself. This was when she decided to take matters into her own hand revealing the truth, which was followed by the biggest revelation of her love life yet.

Brooke Baldwin's married life has been subject to crazy rumors. She was rumored to be married to her long-term boyfriend turned husband James Fletcher. The couple allegedly tied the knot in 2010. However, it was later proven to be a hoax. 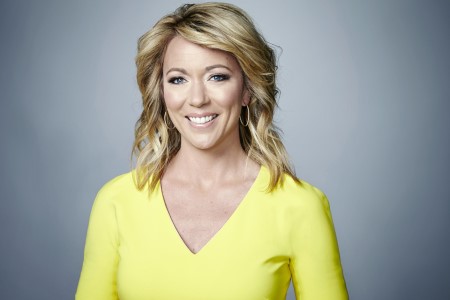 Brooke Baldwin was rumored to be married to a guy named Jay David.
Source: Variety

During a meeting with Rodney Ho, Baldwin said she was astonished by such news about her dating life and marriage to some individual she knew nothing about.

I've never been hitched.. but if I do.. hmmm.. this couple has a pretty AWESOME idea: http://t.co/l2Vvk9Qo2s #50Acts #StayUNITED

On 18th June 2017, Brooke revealed she is engaged to her actual boyfriend named James Fletcher on her Instagram.

Back from vacation. Turns out we went to Hawaii to celebrate more than just my birthday... @jamesfletchernyc asked me to marry him! And I said YES!

Later, the couple shared wedding vows in May 2018. It was reported they began dating in 2015. 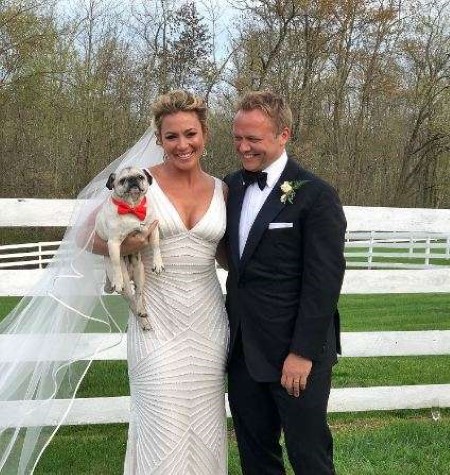 The CNN anchor said she was on her 38th birthday in Kauai in Hawaii when James proposed. She revealed:

"We were chilling on the beach. We love sunsets. It was simple. I didn't want a big thing."

Brooke was caught totally by surprise. She continued:

"He did well. All I wanted on my birthday was to be on a surfboard. I got a little bit more than that."

Baldwin also revealed the pair met at a holiday party in 2012 in Atlanta. She invited him to join her to New Orleans where she covered New Year's Eve for CNN.

"I knew he was the guy since I met him. He’s been incredibly flexible being with me."

Eventually, this gorgeous lady cleared up her relationship status. It appears she's in a blissful marital life. It remains to be seen when they decide to expand their family with cute little kids.

You May Also Like: After incompatible Married Life with Ex-Husbands, CNN Journalist Dana Bash is Dating Her Boyfriend Spencer Garrett: Couple might get married soon

Baldwin celebrated a year of marriage bliss with her husband sharing an adorable image from their wedding via Instagram in May 2019. Have a look:

A year ago today.  #worththewait

We wish to see them welcoming children soon in the following years.

Brooke Baldwin's Salary And Net Worth

Brooke Baldwin is enjoying a remarkably long and successful career as a news anchor at CNN. This has been pretty rewarding to her financially, as she has accumulated a net worth estimated to be $1.5 million. 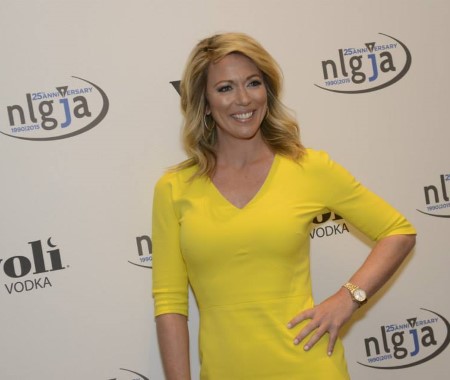 Brooke Baldwin has an estimated net worth of $1.5 million.
Source: Ad Week

Brooke's lavish lifestyle definitely provides an impression that she is, in fact, one of the best paid female media personalities. In fact, she recently splurged on a beautiful new house in West Village in New York.

Recommended: Beautiful CNN Correspondent Mallika Kapur has a Boyfriend? Or Is She Already Married And Has a Husband? Find out here

Moreover, this gorgeous anchor spares no cost when it comes to her expensive pieces of jewelry, designer wears or her health care routines. She also enjoys spending quality vacation time with friends and family.

Despite getting paid handsomely, Baldwin is often vocal about the gender inequality that is pretty common in the industry when it comes to salary.

I never do this but: does anyone know anyone at Oxford?I ask because I’m trying to help out my good friend Shelvis. We’ve been friends since junior high school in Atlanta... and bless him, he actually left his precious family (three kids and amazing wife) to fly from Uganda to New York to marry me and my husband in May. He played at Furman, got his theology degree at @emoryuniversity and has lived in Africa (South Sudan... and now Uganda) for YEARS. He’s been involved in peacebuilding efforts in East Africa, training leaders with skills to address trauma and conflict in more relevant, imaginative and sustainable ways in embattled communities. He is a special soul... and someone who is trying to get his DPhil at @oxford_uni (similar to a PhD). I am shamelessly asking if anyone can help. Leave a comment or DM me. #Oxfordshireorbust

Brooke displays huge disappointment in the difference in the pay scale in comparison to their male counterparts.

On 14th June 2018, Brooke discussed how there was not even a single female athlete in the top 100 highest paid athletes in the world. She claimed the earning of female workers still appears taboo.

Discover: CNN's Jennifer Westhoven is living a blissful life with husband Joe Palese and her children.

During the end of the segment, the news anchor revealed she told her colleagues her own salary so that they could negotiate better with their boss. Brooke believes they need to stand up for what they're worth. 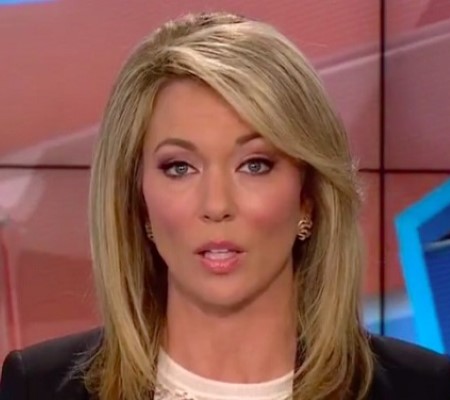