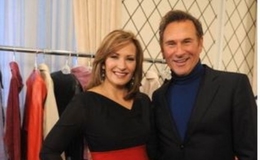 An American business owner, wife, mom, and grandmom Colleen Lopez has been working as a host for more than 17 years for the shopping channel HSN. Let's learn about the 'Best Television Presenter of the Year winner's married life in today's section.

Colleen Lopez received significant fame after her hard work in the American television industry. Gaining success in the television industry is one thing; cherishing a happy family life and professional life is distinct; Collen has mastered both.

Colleen Lopez is living a sweet, prosperous married life with her boyfriend turned husband Carlos, who is her soulmate. We have information about her marriage and family lifestyle; let's jump into it. 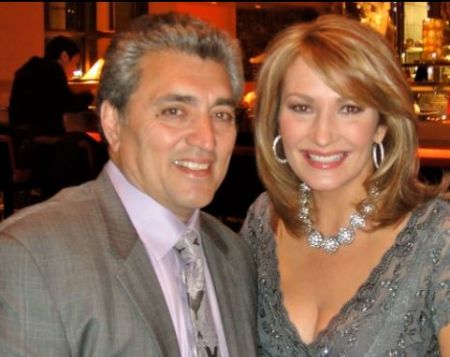 The married couple walked down the aisle on February 6th, 1982, at St. Paul's Cathedral. The two have been together since they exchanged the vows and are blessed with two grown sons, namely Carlos Patrick and Thomas James. Her family is close and resides in the Tampa Bay area.

Regarding her former love, there are not many details available. To date, Colleen is not involved in scandals or extra-marital affairs. The lovebirds are one of the few couples who have had a successful relationship for so long, which is more than 30 years. 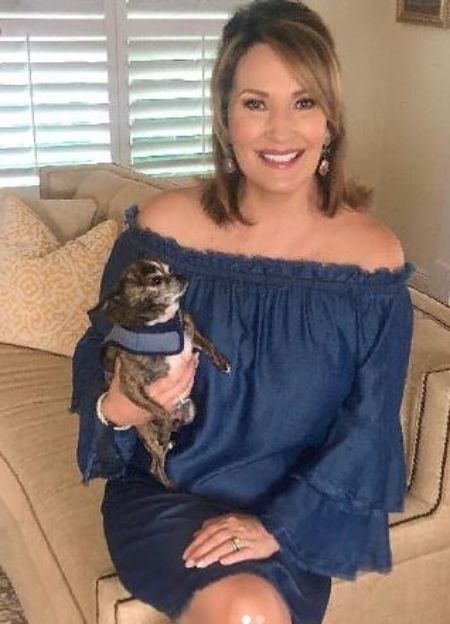 Not to mention, Collen tries to keep her moments secret. That's why this beautiful pair is not spotted much in the media. Looking at her married life, there are no complications in their relationship, which shows their commitment to each other.

Colleen Lopez gained fame after hosting The Mall of American Show and on KSTP's Good Company as the Bargain Hunter. After becoming popular in the sector, she grew her talent to become an expert television host and shopping expert. 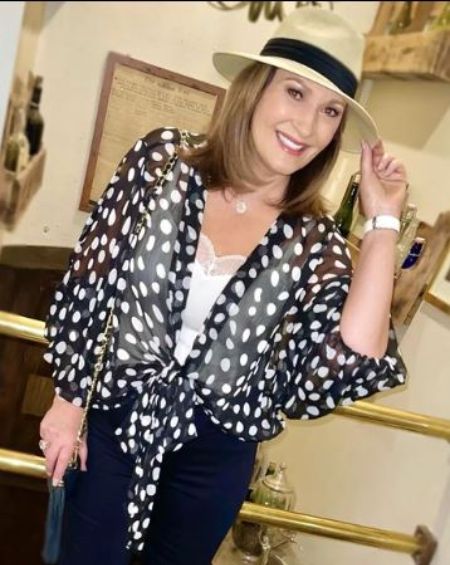 Collen Lopez is known for her part in the Colleen Lope HSN. SOURCE: Instagram(@colleenlopezcollections)

Similarly, while living in Flordia, her devotion to gemstones and traveling took her role in the Colleen Lope HSN in the early 1990s. The lady's presentation skills impressed her viewers and earned her AJP, Accredited Jewelry Professional Certificate from the GIA.

In 1994, Colleen relocated with her family to St. Petersburg, and she's been the host of the HSN's most successful program. The TV personality launched her collection of apparel and jewelry for HSN under her brand in 2004.

What does Colleen Lopez Do?

The hazel-brown-eyed appeared as a guest on several shows like CNN, Dateline, Bravo, E! Entertainment, and Access Hollywood. Colleen kicked off her career with television commercials for Brown n Crisp and later as a talk show host on the television show Twin Cities.

Check out the video of Collen Lopez on her show.

To add up, Collen joined John Robert Powers modeling during her teenage years. Also, she is a source of inspiration for those considering losing weight. Mrs. Lopez worked with high-profile celebrities like Mariah Carey, Jennifer Lopez, Tony Bennett, and Mary J. Blige.

Furthermore, The Oprah of HSN believes in giving back and donates to many charitable causes, including St. Jude Children's Research Hospital and Jewelers for Children. Well, she's hosted telethons for Goodwill/Easter Seals and Mc'd events raising money for the American Cancer Society.