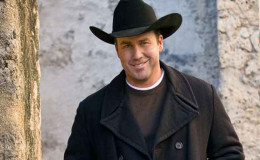 Rodney Carrington and Terri Carrington tied their Knot in 1993. Almost after 18 years, they got divorced in 2012. Rodney has revealed that he tried his best to save his married life but it didn’t work and at last, Husband and wife end their relationships. The couple separated in 2010, leading to a smooth divorce in 2012.

Rodney Carrington is a famous standup comedian, music artist and actor. The comedian Carrington was once happily married to Terri Carrington but divorce in 2012.

After the painful divorce, he was hardly seen in the spotlight, but now all of his fans want to know about his current dating life.

Rodney has revealed that he tried his best to save his marriage but it did not work out and at last, the husband and wife ended their relationships.

The couple separated in 2010 and officially divorced in 2012.

Also, see; Is Melanie Craft Married after Divorcing the first Husband or Dating someone? See her Affairs and Career

Probably, dishonesty and the extra-marital affair were not a cause of their separation. Till now, both parties have not disclosed the reason behind their divorce.

After the divorce, Rodney started making lots of jokes on divorce on his show.

Back in 2013, Carrington in a telephone interview with the Free Press revealed about his divorce.

"I was married for 18 years and that ends tomorrow- thank God?It’s an official date. it’s gonna be kind of relief’.

Thanks to everybody that made the 1 Comedy Album in the Country this week RODNEY CARRINGTON'S LAUGHTER'S GOOD!!! pic.twitter.com/crwP8LF5S6

You May Also Like; Lauri Peterson; Her Married life with Husband including her Children, a son, and a daughter

The former couple has maintained a good relationship after the divorce for the sake of their kids. The comedian said,

Keeping their personal differences apart the ex-couple tries their best to give the appropriate environment for their lovely kids. She is a speech-language pathologist. She has continued on her work after divorcing ex-husband Rodney. She now resides in Oklahoma and meets her children from time to time. Rodney is also happy to see her new chapter of life.

Time and again, Rodney stated that he will remain single. Maybe he is still in love with his ex-wife Terri Carrington.

On one occasion, he told his audience that he would never date. Dating means to go pick somebody up. It seems he is in no hurry to be in an affair with anyone.

Maybe at this time, he is more focused on his sons and career rather than dating someone or having a girlfriend.

Rodney's headed your way, OK! Get your tix for the shows this weekend @WinStarWorld! https://t.co/4ZyccDXFSp

Carrington began a career through his first album ‘Hangin' with Rodney' in 1998 via Mercury Record. He was well known for his work on Capitol Records.

Till now, he has done nine major label comedy albums and sold millions of copies around the world.

Similarly, he has also starred in Sitcom Rodney and later in 2008, he starred in the Movie ‘Beer for My Horses. Just like his career we wish him to have a successful personal life ahead.

He is headed to Kennewick where he will perform at the Toyota Center and is fully packed till the end of this year. 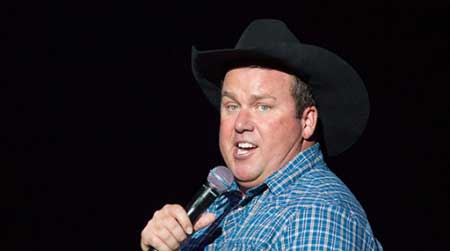