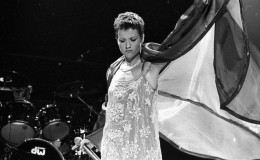 Cranberries Singer, Dolores O'Riordan, died on Monday morning in her room of Park Lane Hotel. The reason for her death still "unexplained" Investigations are being carried out, suffered a medical condition, "back problem".

The 90's rock n' roll queen, lead singer of Cranberries Dolores O'Riordan is no longer among us!

The Linger, Dreams ad Zombie singer has been pronounced dead by her publicist in London with police stating the cause of the death to be "unexplained."

The frontwoman of the Irish alternative band, the Cranberries, Dolores O'Riordan sadly passed away on Monday morning, January 15, 2017, in London.

Her death was confirmed by her publicist and band who released the statement revealing that O'Riordan is dead in London.

They posted a tribute on their official Instagram and captioned stating,

"Irish and international singer Dolores O’Riordan has died suddenly in London today. She was 46 years old. The lead singer with the Irish band The Cranberries was in London for a short recording session. No further details are available at this time. Family members are devastated to hear the breaking news and have requested privacy at this very difficult time."

The cause of death is still reported to be "unknown." 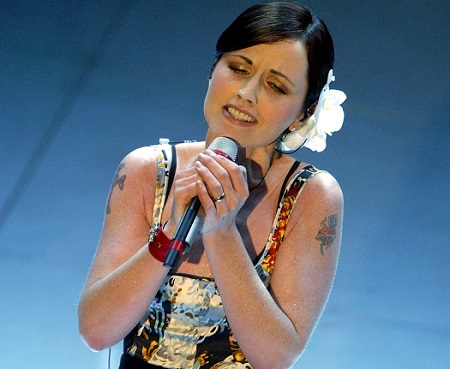 Dolores was found dead in her room at London's Park Lane Hotel. Upon police investigation, O'Riordan was pronounced dead at the scene and a spokesperson of the Metropolitan Police reported that the cause of her death is classified as "unexplained."

Dolores was in London for the band's short tour and the band had to cancel the tour dates in 2017 due to O'Riordan's "back problem." The band members Noel Hogan and Mike Hogan shared how devasted they are by the news. They told,

"We are devastated on the passing of our friend Dolores. She was an extraordinary talent and we feel very privileged to have been part of her life from 1989 when we started the Cranberries. The world has lost a true artist today."

Dolores was an Irish singer who started her band, The Cranberries with Noel and Mike Hogan. Rolling Stone had even started the band to be Ireland's biggest musical export since U2 back in 1995.

Dolores was also diagnosed with bipolar disorder back in 2014. Irish President  Michael D. Higgins paid the tribute in the memory of the talented singer via a written statement.

"It is with great sadness that I have learned of the death of Dolores O’Riordan, musician, singer and songwriter.

Dolores O’Riordan and The Cranberries had an immense influence on rock and pop music in Ireland and internationally. I recall with fondness the late Limerick TD Jim Kemmy’s introduction of her and The Cranberries to me, and the pride he and so many others took in their successes.

To all those who follow and support Irish music, Irish musicians and the performing arts her death will be a big loss."

Along with Higgins, iconic singers all over including Hozier, Kodaline, Stephen Street, Dave Davies, MayKay, Eoghan McDermott along with James Corden tweeted their heartfelt tribute to the late singer.

My first time hearing Dolores O'Riordan's voice was unforgettable. It threw into question what a voice could sound like in that context of Rock. I'd never heard somebody use their instrument in that way. Shocked and saddened to hear of her passing, thoughts are with her family.

Absolutely shocked to hear about the passing of Dolores O'Riordan! @The_Cranberries gave us our first big support when we toured with them around France years ago! Thoughts are with her family and friends

I once met Delores O’Riordan when I was 15. She was kind and lovely, I got her autograph on my train ticket and it made my day. She had the most amazing voice and presence. So sorry to hear that she’s passed away today x

I’m really shocked that #DoloresORiordan has passed so suddenly
- I was talking to her a couple weeks before Christmas she seemed happy and well - we even spoke about maybe writing some songs together - unbelievable god bless her pic.twitter.com/Pk2QyAaaBw

Dolores is survived by her husband Don Burton and three children. May her soul rest in peace!!