Home Article Dagen McDowell and Jonas Max Ferris's Married Life. Do they have any children?

Dagen McDowell and Jonas Max Ferris's Married Life. Do they have any children? 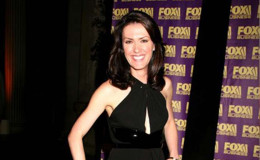 Dagen McDowell is a very beautiful woman for her age, and regarding her personal life, there aren’t too many details which are known by the wide public or media. People know about Dagen that she is married with Jonas Max Ferris since 2006. They met for the first time at a TV show named Cashing In,

Dagen McDowell, who is working as an anchor on the Fox Business Network and a business correspondent for the Fox News Channel, is having the best times of her life. With her career going pretty well, her married life is also catching up really good.

They say love can happen anywhere and by that, it means at the workplace too!! I know you might be guessing who is the lucky man to make this strong independent woman go weak in her knees. He is non-other than Jonas Max Ferris, a popular Fox News economic analyst who regularly appears as a panelist on Fox Business' Channel stocks and investment news program Cashin' In. So let's see what's all the fuss about this celebrity couple...

Mary Dagen and Jonas Max officially tied their knot in the year 2006. Since then, they are celebrating their togetherness every year and it's hoped that there are many more years to come as well.

Jonas, who is working as an economist, investor, advisor, and economic analyst, is a loving and supporting husband in personal as well as professional matters. The couple doesn't have any children yet.

Since I don't have any children, I can use all my energy feeling sorry for yours. https://t.co/TL7AA3vtdC

Since both are working on the same field with similar interests, they understand each other very well and make a wonderful couple together. The duo still does not have any children.

How Did The Couple Meet?

On an interview with Southern Views magazine in 2006, Dagen told the sources how she and Jonas met for the first time.

She said that more than five years ago, on Jonas's show Cashin' In, the producers kept Ferris and Dagen together on a regular segment on mutual funds called Fund Faceoff assuming that they'd argue together about the funds which they apparently did but off camera, they got along really well.

Soon after 9/11, Dagen who was living in San Francisco moved to New York and met few times with Jonas who was living in LA. Eventually, they started dating each other and finally got married in the summer of 2006.

Similarly, Jonas also confessed that he always wanted someone who would walk on the beach with him and talk about the mutual fund, who he luckily found and cherishes their relationship to the fullest.

I am super excited for #BullsandBears tomorrow even with THIS wingnut on the show. 10AM Saturday #FoxNews

Rumors regarding their divorce or split up is out of the question right now and there has also not been any gossips about their affairs outside their marriage.

They don’t have any child at this moment and they never said anything about any future plans. They are both making sure that privacy is maintained in their personal lives.

Although they don't have a child together, they've adopted a Chihuahua together and named it "Ramon". Isn't this so adorable?

Well, we hope that they soon start a family and live a happy life; talking about family times other than home prices, investments, borrowing, spending and so on.