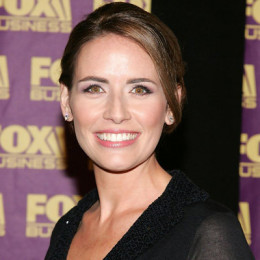 Mary Dagen McDowell was born on 7th January 1969. Mary is best known as an anchor on the Fox Business Network and a business correspondent for the Fox News Channe.

McDowell holds an American nationality and belongs to white ethnicity. She gained a degree in Art History from Wake Forest University.

McDowell began her career as a financial journalist at the Institutional Investor's Newsletter Division. Since 2003, McDowell worked as a business correspondent for the FOX News Channel (FNC) also a regular guest on "Your World with Neil Cavuto."

McDowell has recently worked as a panelist on 'Cavuto' on Business airs on Saturday but took over hosting Bulls and Bears in 2016 following predecessor Brenda Buttner's cancer diagnosis.

McDowell is also a business contributor on the 'Imus' in the Morning radio show also a regular guest on the Fox News Channel’s show named  'Hannity'.

McDowell joined the FOX Business Network (FBN) as an anchor in September 2007.
He has been a recurring guest on "Cashin' In," appearing on the program initially as a contributor when it debuted in May 2001.

McDowell won the Cashin’ In Challenge for the past three years, beating three other panelists who are professional money managers.

Concerning about McDowell personal marital and boyfriend status. She married Jonas Max Ferris since 2005. The couple met on the show called Cashin’ In, in 2006.

McDowell's husband Ferris is an economist, investment advisor and an economist analyst with Fox News. The couple adopted a son Chihuahua and named it Ramon. Both of them are in the same line of work, work in the same place and even their field of specialty is the same, making it easy for them to support each other.

McDowell's husband  Ferris is the co-founder of MAXfunds.com and McDowell have an apartment in New York and a house in Connecticut and split their time living in these two properties. McDowell had an earlier marriage.

However, there is nothing about it on the internet. She has kept her personal life, prior to her marrying Ferris, very secretive.

The gorgeous star, McDowell stands in a height of  5 feet 6 inches. She earned an estimated net worth amount of nearly $5 million. She has numerous fan following on twitter and facebook.

Occupationally he is also TV personality. They first met each other on the set of Cashin’In.