Home Article Actress Danielle Colby and Boyfriend Jeremy Scheuch are in a live-in Relationship since two years. Is the couple planning to get Married?

Actress Danielle Colby and Boyfriend Jeremy Scheuch are in a live-in Relationship since two years. Is the couple planning to get Married? 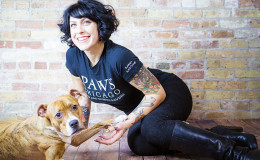 We all know Danielle Colby from the hit TV series American Pickers, and of course as a big-time Burlesque dancer.

She's always tight-lipped about her personal life and never in her entire career, she revealed anything about it. So, is she dating anyone?

Who's the lucky guy, when did the couple marry and do they share any children between them? Want to know the answers to all these questions then go down below!

Well, it looks like she is hiding a secret boyfriend from all of us. She's currently in a delightful live-in relationship with Jeremy Scheuch.

The couple is dating for more than two years now and we must say how gorgeous they look. 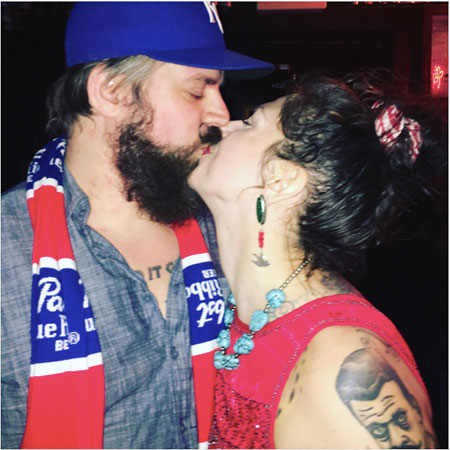 The blessed couple during their recent holiday at Puerto Rico.

During the 2017 Valentines Day, they celebrated their two years relationship anniversary while going on a secret and private holiday in the South American country Puerto Rico.

Happy 2 year anniversary @jscheuch I thank the universe every day that I found you... someone as weird and adventurous as I am. Thank you for believing in me and loyally holding my hand when the waves crash and loyally holding my hair back when the whiskey crashes... but really... thank you for being the best man to ever try to keep up with me and for being the only one who has. Thank you for respecting my space and treating me equally in every way. Thank you for pampering me when I'm in need and allowing me to do the same for you. Thank you for being a worthy king for this eccentric queen wanna hang out forever, have all the adventures, swim all the oceans, climb all the mountains and never ever ever ever get married?! #puertorico

The King and his so-called eccentric queen never leave each other's side. Emotional intimacy, fun, love, and care, all these feelings are evident in their pictures.

Jeremy is a designer, based in Chicago, Illinois. He designs arts related to religion, sports, movies, you name it.

4 years ago I agreed to go on a date to see Fleetwood Mac in chicago with my long time friend @jscheuch it was freezing after the show so he huddled me into a corner and turned around with his back to me and blocked the bitter wind. He could have used that opportunity to try for a little action but he simply shielded me from the cold and watched for the cab. Eventually I spun him around and kissed him. We went back to my place and watched bobs burgers and Mr. Rogers neighborhood while we ate pizza in bed. Just hung out. He never made a move. He let me approach him when I was ready. He respected my boundaries. That date never ended. He has endured the chaos that is Danielle and has loved me unrelentingly every day since. Jeremy, you are brave and strong. You are unapologetically MAN, but you hear me when I need you to be gentle. You accept me as is. Nobody has ever done that before. You see the beauty in my awkwardness. I miss you every moment I’m not with you but you never make me feel desperate. You are a constant in my very inconsistent life. I’m thankful for you you have earned the name king, boy have you earned it I wish we could be together tonight but really, every day is Valentine’s Day with you.

We can definitely say that the lovebirds are still so serious in their relationship as they celebrated Valentine's Day 2019 and posted an image on Instagram where they share a passionate kiss.

Before shooting to fame, Danielle was married to her first husband. She shares two children between with him, one son and one daughter. 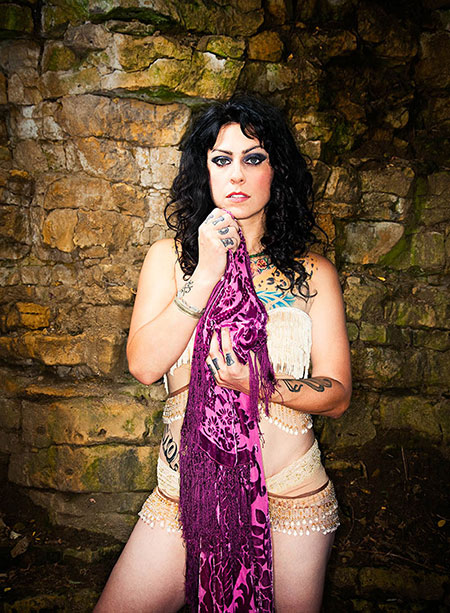 But her big career and fame led to the tragic downfall of her marriage. In 2012, during an interview with WQAD-TV, she revealed that due to fame, her marriage was broken.

Danielle is famous for her role in History TV's hit tv series American Pickers, alongside Mike Wolfe and Frank Fritz. 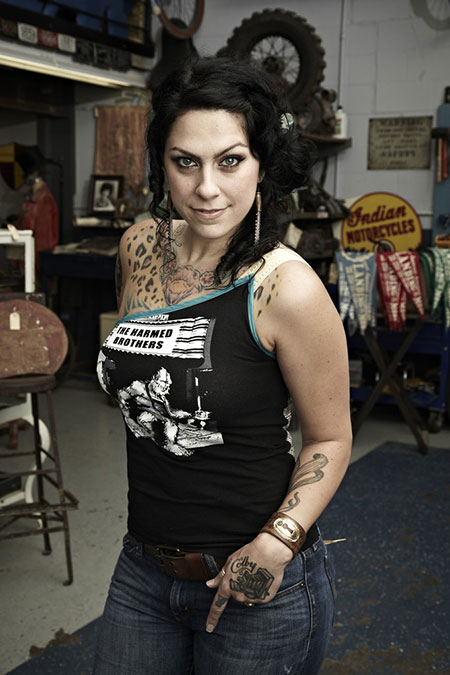 Danielle-In a still from the American Pickers.
Source: Pinterest

She's one of the important characters of the TV series. The show is currently in its 17th Season. If you want to know about all the stars of the show then watch the video below.

Side by side she often participates in Burlesque shows where she showcases her dancing skills. She is also the owner of her academy named Dannie Diesel's Bump 'n' Grind Academy.

Even though, the couple never speaks about their relationships to others we can see how happy they are. God bless the love birds.