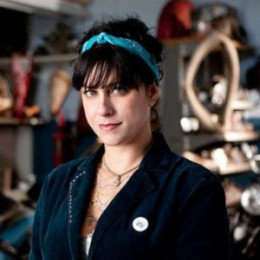 Danielle Colby is an American reality television personality who rose to fame after being cast in the 2010 reality show, American Pickers. In the show, the cast traveled almost everywhere to search for antique pieces for resale and for their collection. She owns a company named Antique Archaeology where she deals with antique items.

Danielle Colby is an American reality television personality who rose to fame after being cast in the 2010 reality show, American Pickers. In the show, the cast traveled almost everywhere to search for antique pieces for resale and for their collection. She owns a company named Antique Archaeology where she deals with antique items.

Danielle Colby's Personal Life: Who Is She Dating at Present?

The Queen of Rust has been kindling conjugal relationship with the love of her life. Well, who would not fall in love with such skillful and hardworking lady. What is her relationship status? Who's she dating following the split with ex-husband Kevin?

An American Picker's Danielle Colby is currently married to Alexandre De Meyer since 2015 after being in a relationship for some time and the couple is residing in Chicago. He is a french graphic designer and an artist by profession who owns a printing shop in Chicago. Most notably, Danielle splendidly managaes her personal life along with professional life.

Danielle Colby previously tied a knot to Kevin Colby in 2004. However, their marriage didn't last long cause of some irrecomcilable differences. Colbys were blessed with two adorable children.

All in all, the couple later divorced since her involvement in the showbiz industry wasn't appreciated by her ex-husband. In an interview, she even said that Kevin couldn't deal with the fame she achieved. One of her children name is Memphis Colby.

Danielle Colby has an estimated net worth of $1.5 million according to the sites, The Richest, and Celebrity Net Worth. She earned her million dollar fortune from her career as a burlesque dancer, fashion designer, and a reality TV personality.

Her present husband Alexandre De Meyer owns a printing shop in their town in Chicago where the couple is residing. He is a graphic designer and an artist who earns his living by designing things.

Danielle Colby became a professional burlesque dancer as she was interested in the dance form from an early age of 12. She became fascinated with the dance style as she had seen a burlesque dance performance in Chicago with her family.

Later on, she launched her own dance group of nine members named Burlesque Le'Moustache. The group did lots of performances and tours. She made a career in fashion designing as well. Colby has a clothing boutique named 4 Miles 2 Memphis in LeClaire, Iowa which she opened in 2013.

Her boutique showcases retro and antique clothing which she designs herself as well. Colby is also the producer for movies Tempest Storm, American Pickers and American Pickers: Best Of. 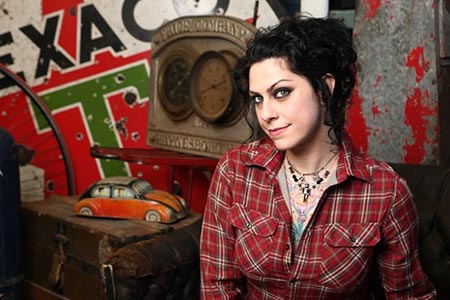 The show American Pickers is the show where the pickersMike Wolfe andFrank Fritz travel to various countries to search for antique pieces for resale purposes.

Those antique pieces are for their personal use all well which they store in their collection. The show is a successful one having 19 seasons and 256 episodes so far.

Colby is fully indulged in art and loves artworks as she has lots of tattoos in her body. All her tattoos mean something. She posts lots of photos of her nail arts and others.

The reality star was interested in picking antiques which led to her immense success in the reality show. Her hobbies include reading lots of books related to women.

Colby talks about having a very bad childhood as she was molested by an older man but the details related to it are not mentioned.

Memphis Colby was born to parents Kevin Colby and Danielle Colby. Her birth details are not public.