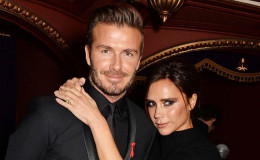 David Beckham and Victoria Beckham completed their 19th year together as husband and wife and the couple celebrated their 19th wedding anniversary amid their split speculations.

Beckham and Victoria enjoyed their 19th anniversary on Wednesday with a romantic dinner date in Paris. Beckham, 43 marked the special day on Instagram with a sweet snap with his wife.

19 Years WOW ... This time 19 years ago I was dressed from head to toe in purple  ... Happy anniversary to the most amazing wife & mummy ... Love You x @brooklynbeckham @romeobeckham @cruzbeckham #HarperSeven

Victoria Beckham, 44, captioned the same photo "19 years!!! X I love u so much x." She also shared the photos of gifts they got from their children. They share four children; sons Brooklyn Beckham, 19, Romeo Beckham, 15, Cruz Beckham, 13, and a daughter Harper Beckham, 6.

The pair dined at a restaurant in Paris where they enjoyed a 1990 Chateau Lafite Rothschild. "Special wine for a special day x," Victoria captioned the photo of the wine bottle with some heart emojis.

Their anniversary celebration comes in a wake of their divorce rumors. Multiple tabloids claimed that they are separated, but the couple gave a strong denial to the rumors with the celebration. They had previously falsified the rumors in a statement through their representatives which read:

Talking to People at the Forbes Women's Summit in New York City, the mother of four disclosed how she balanced her personal and professional life. She said,

She went on praising her husband saying,

I have the support of an incredible husband. We really are equal with everything we do at home with the children. When I’m away he’s the one doing the school run and doing the cooking. 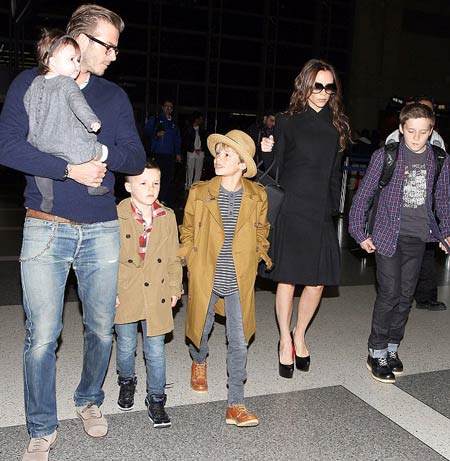 The duo married on July 4, 1999, at Luttrellstown Castle in Ireland where his teammate Gary Neville served as his best man while their oldest son Brooklyn was the ring bearer. They had started dating in 1997 after Victoria attended a Manchester United match and after around a year of dating, Beckham proposed her on January 24, 1998, in a restaurant in Chestnut.