Home Article Who Is Denise Richards Dating? Inside Her Relationship History

Who Is Denise Richards Dating? Inside Her Relationship History 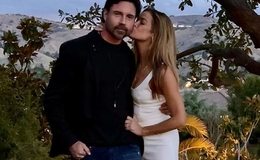 All the men Denise Richards has dated: The actress has been married twice and is a mother to three children: Complete story here!

A well-sought movie star at a time, in the 90s and early 2000s precisely, Denise Richards is now a famous television face who thrives on onscreen drama and often controversial statements. Scouted as a teen model, Richards soon found herself on an inadvertent journey to become an actress. Her earliest roles in Loaded Weapon 1, Tammy and the T-Rex, Lookin' Italian, Against the Grain, and eventually, the Starship Troopers catapulted her among the favorite newcomers.

Richards, 51, a native of Downers Grove, is today an established multi-faceted star. She might not be the most acclaimed and with the most accolades like many of her contemporaries, but Richards certainly is one of the most talked about. From early hop in the modeling industry, blockbuster movies, varying genre roles, and reality television, Richards has done it all. The actress left the salacious and drama-inducing The Real Housewives of Beverly Hills after two seasons to live a quiet life with her husband and children.

Who is Denise Richards Married to?

Richards stopped filming for the Bravo series in 2020 after the focus turned to her marital life. Her former co-star Brandi Glanville had accused the Wild Things actress of having an affair with her. Richards, on her part, declined the allegations and didn't sign up for the next season. While the reason seemed pretty clear to the audience, the actress's rep later claimed Denise wanted some time off with her husband, Aaron Phypers, and her three kids. 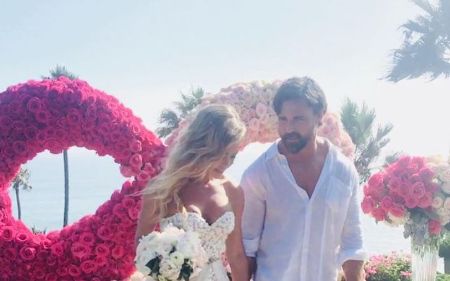 "She was looking to replace RHOBH with time loving her amazing husband, children and who knows, maybe even friends now," said the source. Richards married Aaron Phypers, 50, on September 8, 2018, and if you are a Bravo viewer, you'd remember the beautiful wedding the couple had in front of the Bravo camera. Denise and Aaron met at his wellness clinic. Richards recounts her initial encounter with Phypers, a medicine expert and actor.

"I met him at his center doing DNA repair, anti-aging, and that sort of thing," the Friends actress says in the reality show. Denise further explains, "then, we had sex in one of his rooms. We've been inseparable ever since." Aaron was still legally married to his previous wife, actress Nicollette Sheridan when he started dating Richards. The Starship Troopers actress describes her husband as compassionate and hardworking.

"I'm always in awe of my husband & never get tired of hearing him talk about the incredible things he does," Denise wrote in one of her many Instagram posts dedicated to Phypers. The actress adds, "he is the most compassionate & hardest working man I know. Even on his days off, he is helping people selflessly." Phypers, who Richards calls a natural stepfather, has embraced the actress's daughters with open arms and settled into her co-parenting situation with her ex-husband, Charlie Sheen. 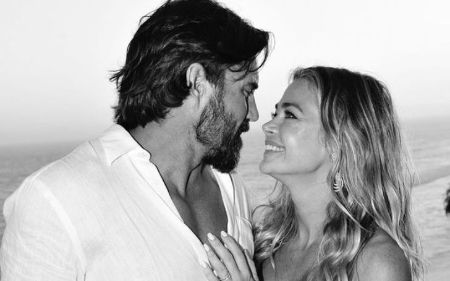 The holistic medicine expert adopted Richards' daughter Eloise Joni Richards, the Wild Things actress adopted in 2011 after a two-year-long adoption process. "Happy Father's Day to my wonderful loving husband @aaronwilliamcameron. You're the best dad ever to our Eloise. And also being a step-parent isn't an easy road," Denise wrote in praise of her husband. Still, in the early stage of their marriage, Denise and Aaron's relationship has more ups to count than downs.

The Real Housewives of Beverly Hills alum was previously married to actor Charlie Sheen. The actress's marriage with Sheen is the one Hollywood will remember for a long. A fraction of her turbulent marriage and even more turbulent divorce with Sheen was shown in Denise's Denise Richards: It's Complicated for two seasons. The infamous spouses met on the sets of Good Advice in 2000 and started dating after Richards guest-starred in Sheen's Spin City in 2001. 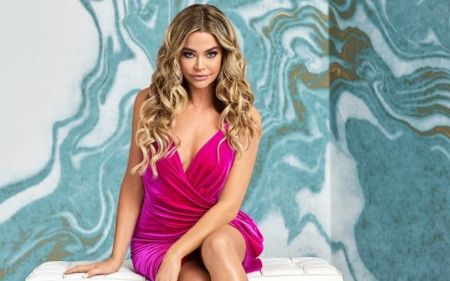 The Young Guns actor, who had a hedonistic past, proposed to Richards within a year of their relationship in December 2001. A still aspiring A-lister then, Richards believed Sheen had moved past and redeemed from his illicit past. The couple tied the knot on June 15, 2002, at the Spin City creator Gary David Goldberg's Brentwood, California estate, in a relatively private ceremony.

The duo welcomed their firstborn, daughter Sam, in March 2004 and announced the arrival of their secondborn, daughter Lola Rose, after a few months in June 2005. But what fans didn't know was a divorce filing preceded the birth of their second daughter. Richards and Sheen's new journey as parents of two definitely halted the couple's inevitable split. "Things are a whole lot better, and I think with that (comes) hope. We're not ruling anything out," Sheen said in his statement.

Denise and Sheen were married for three years!

But the unraveling spouses' marriage eventually came undone in early 2006. "Denise and Charlie are working with the Courts to privately resolve their differences regarding their children," a source said ahead of what was going to be one of the nastiest divorces in Hollywood. Almost a year as legally estranged spouses, Denise launched a string of accusations against her ex-husband and asked the court to remove Sheen's privileges with their daughter. 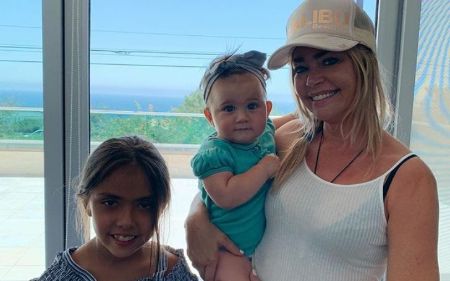 Denise is a mother to three daughters. SOURCE: Instagram

The pair's brutal spat continued with the Two and a Half Men actor hurling untasteful comments about Denise on Twitter and the latter suing Sheen for unfulfilled child support. The duo's toxic relationship came into the limelight when their oldest daughter revealed some private family matters on Tik Tok. "Honestly, I have a strained relationship with her," Richards said about her relationship with her daughter Sam.