Home Article Devil Wears Prada Making a Sequel? Actress Emily Blunt States She Is Ready If Sequel Is In Order

Devil Wears Prada Making a Sequel? Actress Emily Blunt States She Is Ready If Sequel Is In Order 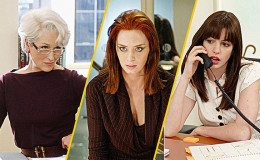 A sequel to the 2006 movie Devil Wears Prada Making a Sequel? Actress Emily Blunt Divulged She Is Ready; She gave an interview to the ET magazine and said she is willing to work in the sequel; Also, see..

English actress Emily Blunt revealed she is ready for the sequel to the 2006 movie Devil Wears Prada if there is any.

Is it really happening?

The 2006 cult classic The Devil Wears Prada still remains in the heart of our generation as one of the finest if not the finest movies of all time.

The Comedy-Drama which introduced us to new actresses such as Anne Hathaway and Emily Blunt. And in the recent interview, Emily stated her desire to work in the sequel if any comes. 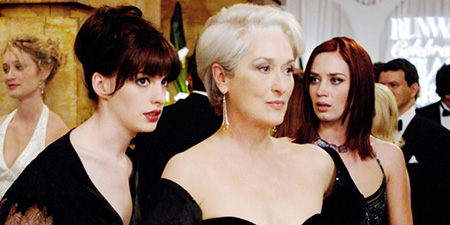 In an exclusive interview with the ET magazine, while she was promoting her upcoming film A Quite Film, she stated,

Although she stated one condition that if her co-stars in the movie, Anne and, Meryl Streep are in the movie, she'd be down for it.

Now the big question is, Will Anne and Meryl, be ready for the sequel. And according to the book, the movie definitely has some potential for a sequence.

The movie is definitely based on the book The Devil Wears Prada. The author also published a new sequel to the book in 2013 named Revenge Wears Prada.

So it's possible guys the new sequel might come sometimes sooner. The 2006 movie was revolved three women with different perspectives. All three of them are involved in the fashion industry.

The movie was an instant hit and is still regarded one of the finest performances given by all three actresses.