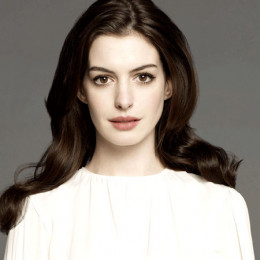 Anne Jacqueline Hathaway is an actress, producer, and singer, who is widely famous as Mia Thermopolis of The Princess Diaries and in its 2004 sequel. She is the recipient of the BAFTA Award and the Academy Award for Best Supporting Actress, the Screen Actors Guild Award and Golden Globe Award. In 2013, she was placed no.5 on Empire's The 100 Sexiest Movie Stars list. She is the daughter of mother Kate McCauley Hathaway, a former actress and father Gerald Thomas Hathaway, a lawyer.

Anne Jacqueline Hathaway was born on November 12, 1982, in Brooklyn, New York City, USA to father Gerald T. Hathaway and mother Kate McCauley Hathaway. She has American nationality with her ethnic background coming from Irish, English, French, and German ancestry. According to sources, her name was derived from William Shakespeare's wife.

Anne has an older and a younger brother, Michael, and Thomas, respectively. At the tender age of six, she moved to Milburn, New Jersey. The actress followed Roman Catholicism and wished to be a nun during her childhood. However, her wish was not granted, and now, her family is still, in Anne's words, a work in progress, while talking about religious beliefs. 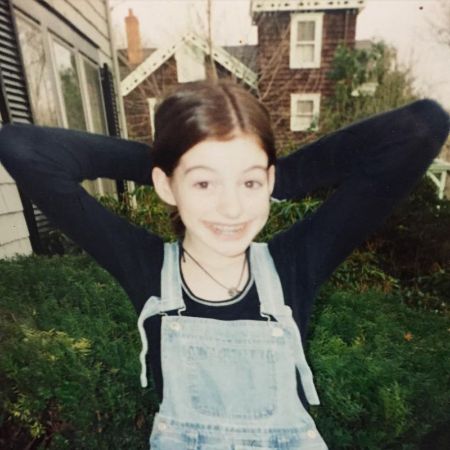 As a kid, Anne Hathaway attended Brooklyn Height Montessori School. Later, she enrolled in Millburn High School from where she graduated. In 1993, she was a part of the American Academy of Dramatic Arts. During her active involvement in the academy, she became the first teenager ever to get admitted into the Barrow Group Theater Company.

Besides, Hathaway also spent some time studying at Vassar College as an English major. Apart from that, she has also been a student of the New York University's Gallatin School of Individualized Study.

Anne Hathaway's interest in acting piqued when she saw her mother perform in Les Miserables as Fantine. She received her first big break when she got the role of Meghan in the TV series, Get Real in 1999.

Since then, she has been a regular name in the filming industry with over 46 acting credits and 163 credits for her TV show appearances. Furthermore, another movie named Becoming Jane also helped fuel her fame to a new level.

Some of Anne Hathaway's most appreciated and highest grossing movies include Brokeback Mountain, The Devil Wears Prada, Get Smart, Alice in Wonderland, Love and Other Drugs, The Dark Knight Rises, and Les Miserables.

As for her recent works, she played as Daphney Kluger in the 2018 Ocean's Eight alongside Sandra Bullock, Rihanna, and Cate Blanchett. As a matter of fact, she is coming with her newest movie, Serenity, on 25 January 2019. In her upcoming movie, alongside her will appear Matthew McCounaghey, Diana Lane, Jason Clarke, Djimon Hounsou, etc.

She is currently working in the movies and TV shows, The Last Thing He Wanted, Modern Love, O2, and The Lifeboat.

Even though the news is not confirmed, it seems Anne will also star in the Warner Bros. Sesame Street movie.

The Rachel Getting Married alum, Anne Hathaway is the nominee of 105 times but she won 65 times. The most prestigious award Anne won so far is the Oscars, thanks to her role in Les Miserables.

Following the Oscar, she also received a Golden Globe award for the same movie. Likewise, she also has Emmys, BAFTA, Alliance of Women Film Journalists and such other honors to her name.

While talking about the net worth of the prolific actress, Anne Hathaway, she is worth over $35 million as of 2018, the same as the fellow actress, Diane Lane. According to tabloids, she earns over $7 million per year through her movies and endorsement deals.

Around 2008/09, Anne's earning per movie was just over $5 million which is currently $7 million. Anne lives a luxurious life in her penthouse in Manhattan which cost her over $2.55 million. The house is made on 1200 square feet of land.

Likewise, Anne is also a lover of luxury cars. She has a car collection consisting of an Audi R8 and Audi 5.

Talking about her personal life, Anne Hathaway is a married woman. She is currently the better half of her long-time boyfriend, Adam Shulman, who by profession is an actor. She and her boyfriend turned husband hitched on September 29, 2012, in Big Sur, California. Four years later, she gave birth to the pair's first child, a son, Jonathan Rosebanks Shulman, in 2016. 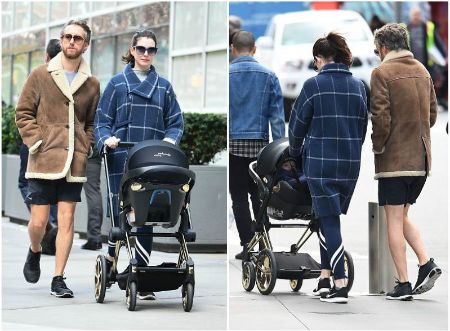 Caption: Anne Hathaway with her husband and child

Previously, Anne dated a long list of guys, however, after her marriage, she is totally loyal towards her husband and has no extramarital affairs. Following her marriage, there are no known controversies about Anne till date.

Anne was in a total of five relationships before Adam came into her life. She was first seen with Topher Grace but their relationship couldn't last because they had to break up just after two years. Then came, James Holzier and Hugh Dancy, both of whom had a rather short affair with Anne.

Likewise, before getting into a serious relationship with Adam, Anne was dating Raffaello Follieri for two years.

He is the first and current husband of Hathaway, who by profession is an actor. They are in relation since November 2008.