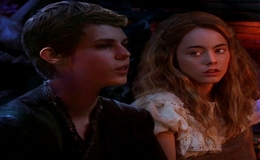 Dark hair, brown eyes, and a dreamy body, the elegant and confident Freya Tingley who hails from Australia has been calling the US her home for a quiet time as she mostly works here.

Taking baby steps with her acting career, it's a matter of pride to remark on how far Freya Tingley has come. The actress is indeed highly popular among the fans for her recurring performance as Wendy Darling in the hit ABC drama; Once Upon A Time co-starring Ginnifer Goodwin and Josh Dallas.

And although the series wrapped up in 2018, fans still ponder if Tingley shared a romance with her co-star Robbie Kay, who portrayed Peter Pan.

Matter of fact, for the devoted fans of Once Upon A Time and Tingley, most of them still believe that Tingley and Kay are actually still a thing. But, to reveal the truth, the fans are sadly deluded. 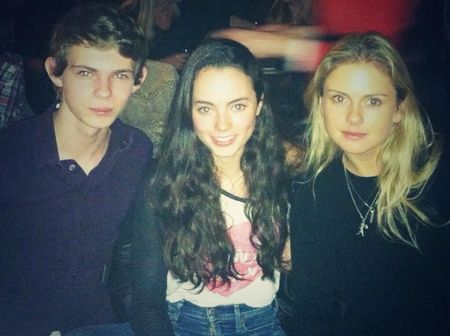 Freya Tingley alongside Once Upon A Time co-stars, Robbie Kay and Rose McIver. SOURCE: Pinterest

Tingley and Kay never dated. Neither the actress nor her actor ever admitted to any of them ever sharing an affair with each other. The two were nothing more than just co-workers with mutual respect and love. Not to mention, the British actor who is also renowned for his roles in Heroes Reborn and Cloudstreet is actually in a relationship with girlfriend, Kerry Hennessy.

Only on January 1st, 2020, Kay shared an adorable picture with his girlfriend on social media to wish his fans on the occasion of New Year. And, for your information, Kay's gorgeous girlfriend is reportedly 31 years old. But, age is no matter of issue for the couple. 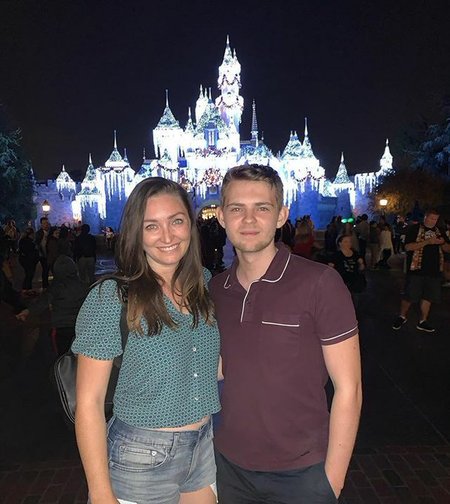 Once Upon A Time star Robbie pictured with his girlfriend, Kerry Hennessy. SOURCE: Robbie Kay Instagram

On the other side, is the Hemlock Grove star where she played Christina Wendall dating anyone? Could there be the existence of any lucky guy who has succeeded to impress Tingley?

Tingley's Love Life At A Glimpse

To say the most, Tingley who was recently on The Sonata surely doesn't like her personal information being laid out in the tabloids, which is comprehensible for a celebrity. If you pay a visit to Freya's social media, the Perth-born television actress only wants her fans to see profession related news and pictures only.

But, to get straight to reality, Freya Tingley is currently single as no rumors of her being romantically linked with any guy has surfaced so far except for with Kay. Not to mention, Tingley is highly serious about her career and has her main focus over her profession and passion only.

So, in the meantime, relationships matter is no big issue at all for Freya. And, even when she gets herself the good fella, we will surely let you fans know about the happy news.