Home Article Does Hollywood Superstar Brendan Fraser Have Other Affairs Besides His Decade Long Married Relationship With Ex-Wife Afton Smith?

Does Hollywood Superstar Brendan Fraser Have Other Affairs Besides His Decade Long Married Relationship With Ex-Wife Afton Smith? 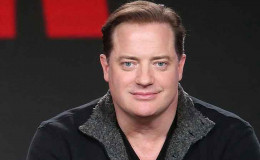 Brendan Fraser is a Canadian- American actor best known for The Mummy. He is divorced with Afton Smith and pays her alimony and has 3 children with her. He is currently speculated to be single.

The truth in the phrase 'the Bigger the wedding, the nastier the divorce' is undeniable and such scenario can be seen clearly in the case of celebrities and seeing the grandeur of their weddings, it's rather painful to just even think how bad the divorce could be.

Brendan Fraser is a very big celebrity in Hollywood and a star best known for the hit movie The Mummy but he also came in the limelight for a rather unpleasant reason; the divorce with his ex-wife.

Brendan Fraser who was previously married to actress Afton Smith hasn't revealed anything about his love life after his divorce from Smith. Which leads us to the conclusions that either Fraser is probably single or he is keeping his love-life on the down low away from the media because he doesn't want a public blowup.

Fraser's marriage to Afton Smith is the only known relationship of the actor as far as we know and there has been no other relationship in his life before and after Afton that we know of.

The actor couple had reportedly dated for four years before getting married on 27th September 1998, and their wedding was conducted at the garden of Bel Air Hotel in Los Angeles.

After four years of their marriage, the couple was blessed with their first child, son Griffin Arthur Fraser, on 17 September 2002 and a couple of years later, they welcomed their second son Holden Fletcher Fraser.

Brendan Fraser with Ex-wife Afton Smith and his children

Then again on 2 May 2006, Afton and Brendan had another son, Leland Francis Fraser. The pair seemed happy and their family; perfect until one day for some unknown reason, things took a turn for the worse.

Things got ugly and were taken into court after Afton Smith asked for $900,000 per year to be paid as alimony by Brendan but he agreed to pay only $300,000 annually in child support. By the time they got divorced, Brendan had the net worth of $45 million and it was a hefty alimony but none of the actors got the custody of the children.

Later, in February 2013, The Mummy actor filed an appeal in Connecticut, asking the court to decrease $50,000 monthly alimony as he was obliged to pay by presenting the case that he wasn't getting enough acting jobs to come up with the assigned amount.

But in 2013, Afton filed back with more allegations and claims that Brendon was hiding his money and was still more than capable of continuing with his alimony payments.

However, Brendan firmly denied that he is hiding property from his ex-wife and children, insisting many 'medical issues' he came across. He was reported to be suffering from a 'debilitating' back injury in 2012, which resulted in huge medical bills.

The Divorce has been an uphill battle for Fraser and it seems to have taken a toll on him as he stays away from the limelight nowadays. Regardless of such, we hope to see him in more movies in the future and wish him all the luck.