Home Article Does Lauren Southern Have a Husband or She is Dating a Boyfriend?

Does Lauren Southern Have a Husband or She is Dating a Boyfriend? 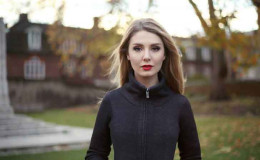 Age 23, Lauren Southern is currently single; was rumored to have a Muslim boyfriend back in days; is an activist and is banned from entering the UK; Lauren's married life, affairs, rumors, dating, boyfriend;

Well-known political activist and internet personality, Lauren Southern has been up in the headlines for being a controversial figure over the years.

The internet personality has overshadowed her personal life as well as love life by her professional career. However, her fans have shown a keen interest in knowing about her love life. Is she dating anyone or already married secretly? Follow the article below to know more about her love life.

Does Lauren Southern Have A Boyfriend Or Is Already Married? Know About Her Relationships:

Lauren Southern seems to be living a solo life as for now.

The 23-years-old activist does not just come out in open when talked about her private life. Well, she has but not specifically about her love life. Southern has not been spotted with anyone that could be romantically linked to her. 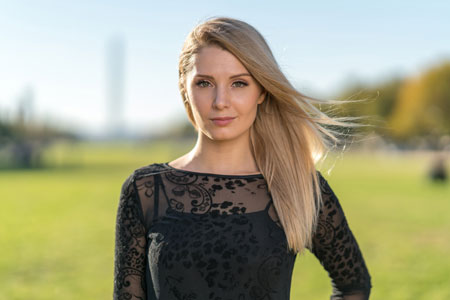 Lauren is currently single and focused on activism and journalism
Source: Flickr

Living a low-key life, she has never mentioned about her boyfriend or husband anywhere out in the public. Some rumors started swirling around when a lady tweeted a collage picture of Lauren claiming that she used to date a Muslim guy back in days captioning the picture with, "Why Lauren hates Muslims... she used to date one LOL" which was later screenshot by a twitter used and posted it on twitter.

So apparently Lauren Southern once had a brown boyfriend or two, and her Alt-Right fans are not taking the news well. pic.twitter.com/BNY5VseHLA

This does not just prove that the picture was legitimate with her boyfriend but judging by the pictures, the two seriously had some lovely enjoying time while they dated.

Who Is Antonietta Collins Married Too? Know In Detail About Her Current Affairs And Relationship

She once uploaded a video on Youtube titled by, "Why I'm Not Married" where she shares her thoughts about marriage. She even mentions that she certainly does not want to tie the knot at an early age and would wait to find someone who can truly take care of her and their children in the future.

The journalist is active on Instagram and often shares pictures about her daily life. Looks like she is fully enjoying her success in professional life. She once posted an adorable picture of her and her sister on Instagram during their childhood.

My lovely sister (right) and I (left)

The journalist is highly involved in activism and has been described as far right, alt-right and right-wing. Southern has often been vocal against European countries accepting refugee or migrants from places like Asia and Africa labeling herself as a conspiracy theorist and agent of propaganda.

Mainly Known To Be An Activist, Lauren Southern Has Tried Her Best For The Needy Ones!

Southern is highly involved in activism which led several controversies attracting toward her.

Lauren was denied to enter the United Kingdom with some other pals as Border Force deemed that their presence in the UK not being conducive to the public good. But still, she was seen in the English town of Luton distributing some flyers targeting the Ismalic faith. 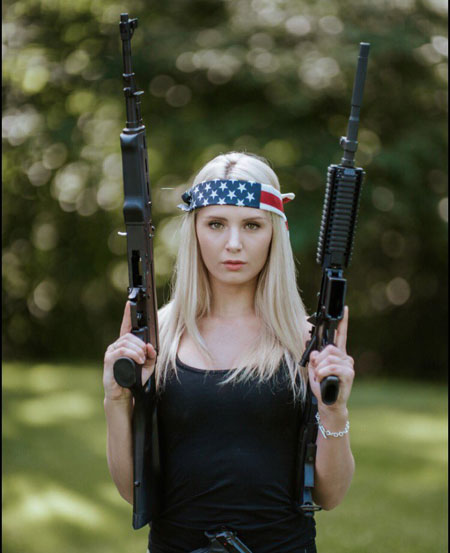 Lauren is highly involved in activism and helping the needy ones

The internet personality even tied her hands while speaking in New Zealand but was denied by the mayor of Auckland, Phil Goff as it was believed by Auckland Council that she and her companions would rather stir the religious and ethnic tension as opposed to making it normal.

The Kissing Booth Actress Joey King's Relationship with Boyfriend Jacob Elordi; How Did They First Met?

While some believed that her effort should be banned to keep the peace, some believed she should advocate some free speech on the topic. Some reports also claim she is working on a documentary called "Farmlands" which focuses on the post-Apartheid farm violence in South Africa. 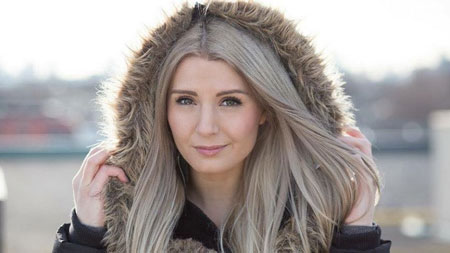