Who Is Donald Trump's Daughter, Tiffany Trump? Inside the Former President's Family Life 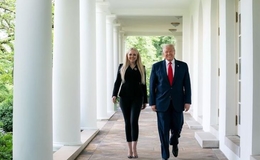 A superhumanly successful figure, not much-loved though, Donald Trump is a real estate mogul, businessman, media personality, and, more infamously, the 45th President of the United States. Born with a silver spoon in his mouth, Trump expanded an already grandiose empire of his father, Fred Trump, a real estate developer and businessman. Starting with his father's Trump Management in 1968, the former President spawned a brand best described as invincible.

Donald John Trump was born on June 14, 1946, in Queens, New York City. Despite a firm footing in the business world, Trump's career and personal life remain marred by his controversial stance, several sexual misconduct allegations, repeated misogyny, his outrageous campaign style, and more. Trump has been married three times and has kids from all three. He shares his daughter, Tiffany Trump, with his second ex-wife, Marla Maples.

Tiffany Trump is Donald's fourth child. Born to the former President and his second wife, actress Marla Maples, Tiffany has kept a low profile, unlike Trump's other children. Despite having a billionaire father, Tiffany has seemingly navigated life on her own terms. Weirdly named after the jeweler store Tiffany & Company, she was raised by her mother and grew up distanced from her father. 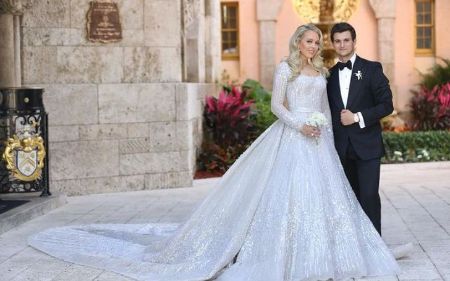 If there is one family tradition that Tiffany has adhered to, it's attending the University of Pennsylvania- her father, brother Donald Jr., and sister, Ivanka, are all alums of the university. Tiffany graduated from Georgetown University with a Doctor of Jurisprudence during the Covid and is currently a legal research assistant at Georgetown University Law Center. Like other celebrity kids, Tiffany also once dreamt of a career in showbiz.

Alongside her excellent grades in school, Tiffany also honed her penchant and talents for music. At 17, while interning at Vogue, Tiffany released a song called Like a Bird. She also boasts a brief stint in runaway modeling. Tiffany reportedly has a strained relationship with her father and once went months without speaking to the mogul. "The last time she was at a family function with him, it was awkward for her and she didn't feel totally welcome," an insider said while dishing on her relationship with Donald. 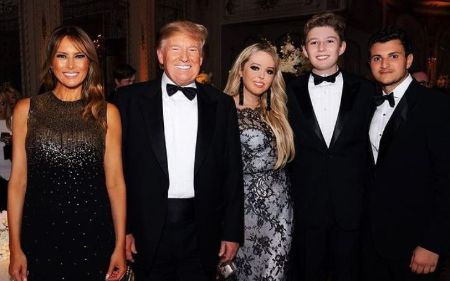 The former President has five kids from his three marriages. SOURCE: Instagram

Tiffany's otherwise low-profile life is suddenly catapulted into the limelight as the research assistant married her fiancé Michael Boulos in an over-the-top wedding. Tiffany met Boulos, an heir to a Lebanese-American billionaire, in 2018 at Lindsay Lohan's club. After two years of romance, Boulos proposed to Tiffany at the White House ahead of Donald Trump's departure from office in 2021. The pair's wedding was an extravagant affair at the family's Mar-a-Lago Club on November 12.

A look inside Tiffany Trump and Michael Boulos's wedding!

"We are focused on this sacred union and welcoming beloved friends and family, not on politics," Tiffany's mother said, referring to Donald's approaching 2024 Presidential candidacy announcement and the recent toppled midterm election. The real estate mogul wasn't at his best. A source said, "he has been upset and ranting like a raging bull for the past couple of days," adding, "They always had a strained relationship her whole life, and it got exacerbated by the presidency."

The former President is a patriarch of a bustling brood. Donald was in her early 30s when he married the late Ivana Trump, a  Czech-American businesswoman, media personality, and model, in 1977. The couple's marital bliss only lasted for a decade and started to unravel after Ivanka's realization of Trump's infidelity. During their fourteen years as a husband and wife, the couple welcomed three kids, Donald Trump Jr., 44, Ivanka Trump, 41, and Eric Trump, 39. 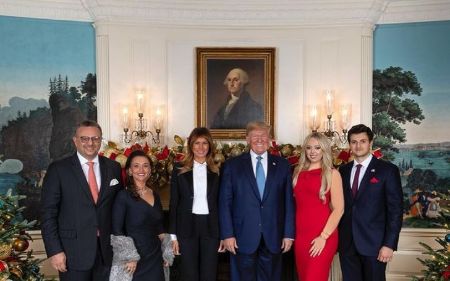 Trump's oldest, Donald Jr., is perhaps the best-known of his kids. Donald Jr. boasts a career similar to his billionaire father. A political activist, businessman, author, and former television presenter, Donald holds the coveted place of an executive vice president at the Trump organization. An active member in his father's various endeavors, Donald has time and again faced massive backlash for standing sternly by Trump's controversial measures.

Donald is married to former model Vanessa Haydon and is a father to five children. Donald's sister, Ivanka, is a businesswoman. Aside from her consistent contribution to her father's ventures and candidacy, Ivanka has also managed to find her footing in the industry. Ivanka founded the high-end jewelry line Ivanka Trump Fine Jewelry and later spawned a clothing, shoes, and accessories line under the name. Ivanka is married to Jared Kushner with three children. 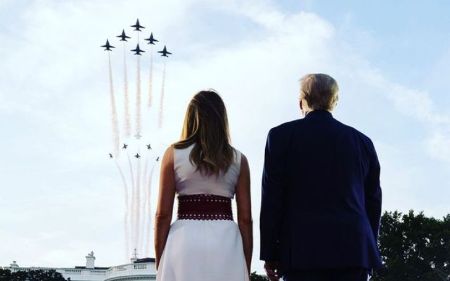 Donald Trump's youngest with Ivana, Eric, is as established as his older siblings but known as the shy Trump. Eric also is a businessman, activist, and former reality television presenter. Currently serving as executive President of the Trump Organization, Eric previously worked as a judge on his father's show, The Apprentice. Eric is married to television producer Lana Yunaska, with whom he shares two children.

Trump was married to actress Marla from 1993 to 1999. The 45th POTUS shares his youngest, Barron Trump, 16, with his current wife, Melania Trump, to who he has been married since 2005. Trump's youngest heir is currently a little too young to decide on a career path. "He loves to build something and tear it down and build something else. Sometimes I call him little Donald," Melania said of her son.