Marriage of Hollywood veteran Dyan Cannon with her first spouse, Cary Grant caused much controversy back in the days. Although the two remained together for just three years, their age gap of thirty-three years was enough to always cause the stir.

After splitting from Grant, Cannon tied the knot for the second time with a man only three years senior to her. But how long did they last? Here's everything you need to know about Cannon's two failed marriages.

Whilst the three times Oscar-nominated actress, Dyan Cannon was in her twenties, her then-boyfriend turned husband aka Cary Grant was in her late fifties. And, with such a huge gap of more than three decades, not to mention that Cary was three years older than the actress' father, maintaining their relationship wasn't easy when they could never go out together with cameramen following them everywhere. 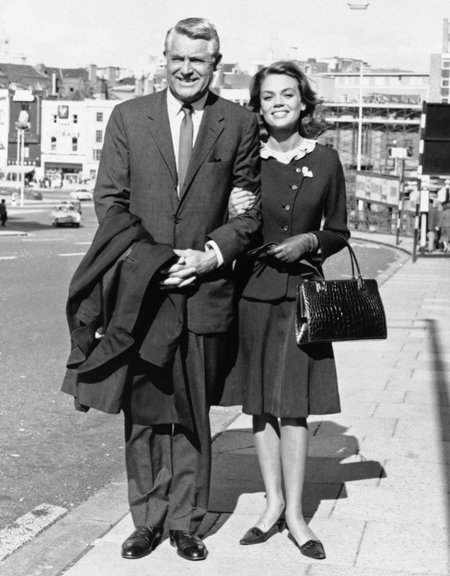 But, love is love, right? Even when it is blind. And, on 22nd July 1965 to avoid all the pressures, the 'Heaven Can Wait' actress when she was 26 and her beau, then 61, decided to run away to marry after being together for roughly four years. Yes, the pair actually knew each other since 1961.

Convincing Cary who didn't believe in marriage after being divorced thrice, to get married again wasn't easy for Dyan. But, Dyan wanted to make things official which she eventually won. After all, she was also pregnant with their daughter, Jennifer Grant, who was born seven months on 26th February 1966 after their wedding. 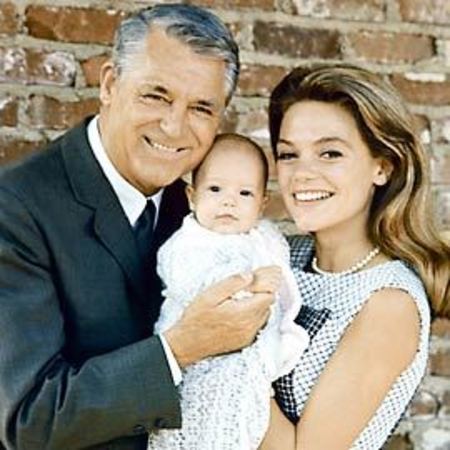 Miss Cannon first met Mr. Grant at a meeting which was arranged without the knowledge of the actress after the To Catch A Thief star desperately insisted the actress' agent to meet her. As a matter of fact, it wasn't the first attempt of Grant as he was already turned down by Cannon multiple times.

Was Cannon Asked To Strip Off Her Clothes By Grant?

Speaking of which, Dyan was taken by a surprise and questioned herself on the reasons why would an actor like Cary would be interested in her. But, as they finally met for the first time, Cannon became oppositely glad about the meeting arrangement. And, as she glanced at him, the actress, in fact, thought Grant was the most handsome man she ever knew existed.

Not long after that, the two started secretly seeing for their rendezvous. And, after their marriage, Cannon whose real name was Samille Diane Friesen, then adopted her husband's surname in the suggestion of his producer.

Dyan wrote about the private details of her relationship with Grant in her book 'Dear Cary: My Life With Cary Grant'. And, somewhere in the book, Cannon talked about how she once stripped off her clothes and had to perform a task as presented by her then-lover.

Besides, Dyan also talked about experimenting with LSD to save their marriage after being persuaded and forced by Cary who took the drugs to cope with his childhood trauma. Cary's mother went missing when he was just 10 years old and the actor was told that his mother had died. But twenty years later, he learned the truth from his father that her mother was alive, but in an asylum.

Dyan and Cary could only mend their relationship until their marriage hit the rock bottom in 1968 as they finalized their divorce on 21st March. The actress didn't marry until seventeen years later. 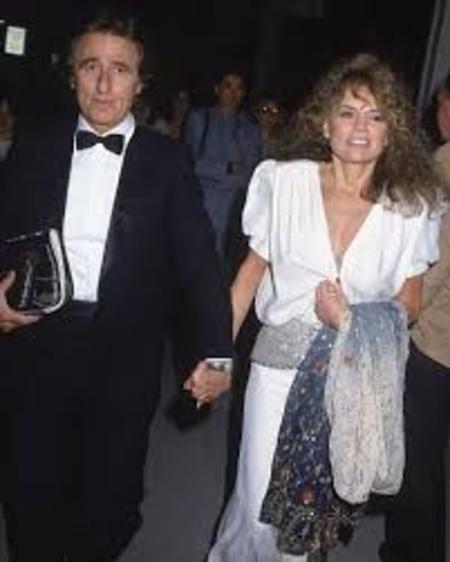 Dyan Cannon and her second husband, Stanley Fimberg. SOURCE: Who Dated Who

Cannon tied the knot for the second time with Stanley Fimberg, a real estate investor, in 1985. The two remained married for six years until their divorce in 1991. But, to this day, Dyan considers Cary who died in 1986 from a stroke, as her soulmate.

Now in her early eighties, Dyan is glad to be a single grandmother to her grandchildren; Cary Benjamin Grant and Davian Adele Grant. Daughter, Jennifer also followed the footstep of her parents and contributed to films and shows such as Beverly Hills, 90210, The Evening Star and Movie Stars.

But, more importantly, what Cannon learned from her two failed marriages is that she learned to be happy by herself.