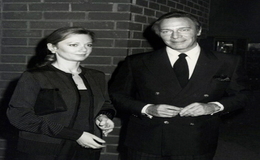 People get married, but not everyone makes it through the end like the actress Elaine Taylor and her husband, the Hollywood late legend, Christopher Plummer did.

English actress Elaine Taylor, now in her late seventies shared her marital relationship of fifty years with her beloved late husband Christopher Plummer. The actress is best known for her hit films in the sixties and seventies and her role as the Bond Girl in Casino Royale before she retired from the movie industry in the early nineties. 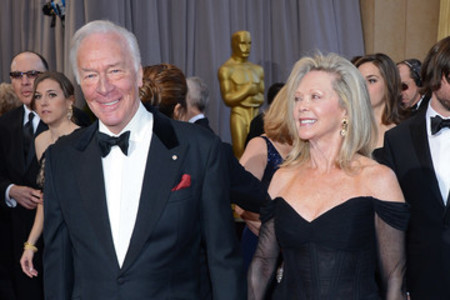 And, aside from her brilliant movie career, Taylor was also widely popular for her successful marriage with her Canadian husband who is best known for his lead role in the hit 1965 film, The Sound of Music.

Taylor, who is also the third wife of Plummer remained married to her spouse from 1970 to 2021 before the Knives Out actor passed away from a fall that led to a blow into his head. However, during his last breaths, his loving wife Elaine was right by his side at their home in Weston.

Taylor's husband was 91 years old when he passed away while the actress, born on 17th October 1943, is currently 77 years old. Their marriage of five decades often received appreciation from the public.

In 1969, actress Elaine Taylor at the height of her movie career worked in the Peter Coe directed Lock Up Your Daughters (1969) where she met her then-future husband Christopher Plummer. 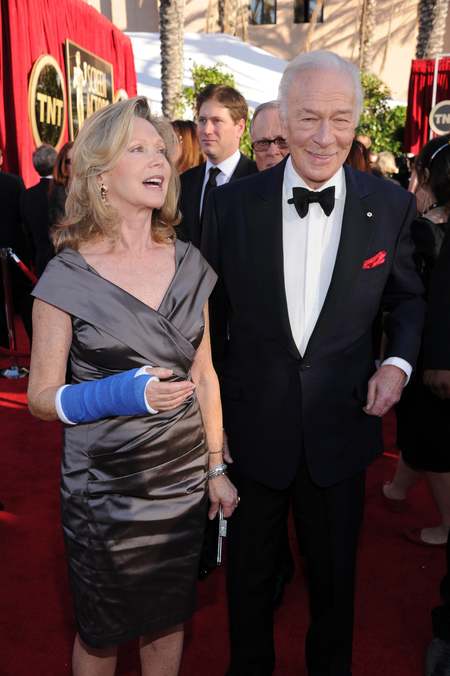 Plummer, an already twice-divorced man, notorious for his relationship with other actresses, was playing the lead role of Lord Foppington. And, as Taylor was required to play a character with big red hair, something Plummer likes in women, he was then instantly starstruck by the actress.

Needless to mention, Plummer grew motivated to know Taylor more and even had told the actress when she was leaving for London that he would miss her. He also didn't miss the chance to ask Taylor to meet him again. Taylor, of course, agreed to see Plummer but gave him one condition i.e. only if he reduced his alcohol consumption.

Plummer, happily, cut down his alcohol consumption, and despite their huge age difference of fourteen years, the actor succeeded to impress the actress. Likewise, the rest is history between Taylor and Plummer.

A year later after Elaine Taylor met partner Christopher Plummer on the set of Lock Up Your Daughters, the lovebirds walked down the aisle on 2nd October 1970 in a private wedding ceremony. 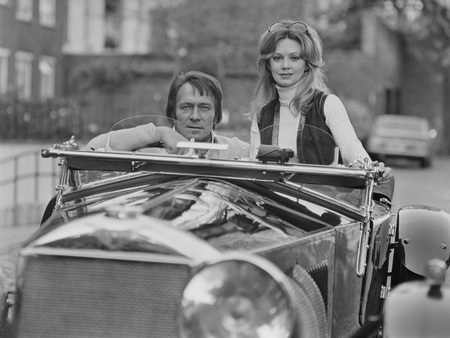 While it was Taylor's first marriage, it was her groom's third marriage as Plummer was previously married to first wife Tammy Grimes from 1956 to 1960 and second wife Patricia Lewis from 1962 to 1967. Tammy is a renowned actress with a Tony award and both of them started their career by working for Broadway. Grimes is best known for The Borrowers and Play It as It Lays.

Although Plummer and Lewis divorced in 1967, it's believed the actor had separated from his second wife by 1964 before he began working on the film The Sound of Music. Lewis was a journalist by profession.

Besides, acting was not just the common passion Elaine and her deceased husband shared. Both Taylor and Plummer had a thing for interior design and architecture. Matter of fact, the couple had even designed their home in London before they moved back to Connecticut.

Throughout their marriage of fifty years, the husband and wife didn't share any kids. But, Elaine loved her step-daughter, actress Amanda Plummer whom Plummer shared with Grimes, like her own.

Also, when often asked about the secret to their successful marriage, Plummer would reply with answers that they would stay out of each other's business and that no matter how much they argued, they would always end up laughing. Aw.

Plummer was definitely a lucky man to have bagged a woman like Elaine Taylor. Rest well, champ.