Emma Bunton and her long-time love Jade Jones have been together for 19 years, still, they have much time for romance. Jade the 90s band Damage singer and Emma have two kids together. Sources say that they are planning for the third one. Is it the truth?

Emma Bunton and her long-time love Jade Jones have been together for 19 years, still, their romance is burning like a wildfire. Jade, the 90s band Damage singer and Emma have two kids together. Sources say that they are planning for the third one too. Is it the truth?

The mum-of-two, currently a radio presenter on Heart FM is the former band member of the most famous girl band, the Spice Girls. If you want to know all the details about Emma, stay with us!

Emma Bunton,  Absolutely Fabulous star and Jade Jones have been together for nineteen years and although not married, their relationship is going strong as ever. The R&B singer turned chef Jade Jones first met Emma Bunton while both were building up their career as singers.

They got engaged on January 21, 2011, and Emma tweeted about the big news writing, "Yahooooo I'm Engaged! Love you, Jade! I'm a very happy lady!!" 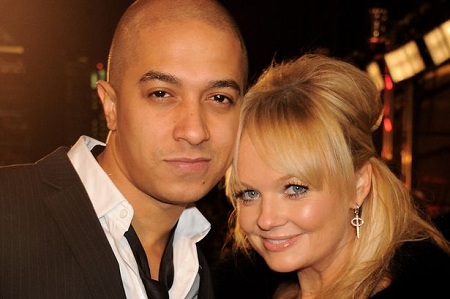 As we scrolled her Instagram we found out that she just enjoyed a romantic holiday with her beau.

You can see the couple playing in the snow!

The longtime relationship is still taking much time to transform into a married life. Well, Emma finally revealed in April 2017 about her desire to marry her love life soon.

"It would be nice, wouldn’t it? Part of me really wants to organize something. I should get round to it. He already calls me his wife and I call him my husband."

"There aren’t any plans for a wedding, but we do talk about it. I think because both of us are Aquarius we try and live for the moment, so don’t plan things too far ahead."

"I’m so lucky to have found him. He has been a real support and is so positive, as sometimes I get nervous or worry about things. He’s a good man to have around."

In addition, she disclosed the reason of her successful relationship and family life. She stated,

"Jade is incredible. We get on so well and we’re great friends. I think respecting each other is a big factor, along with making each other laugh. We also take time out to have dates – although not as often as we would like to."

The Spice Girls rocketed to fame with hits like "Wannabe". The band had nine number one singles before splitting up in 2000.

Let's congratulate Emma for her blessed life with her loving beau Jade and wonderful kids.

The 41-year-old singer turned radio presenter and entrepreneur, who's finally up to her wedding plans is living a happy life with her beau and kids. 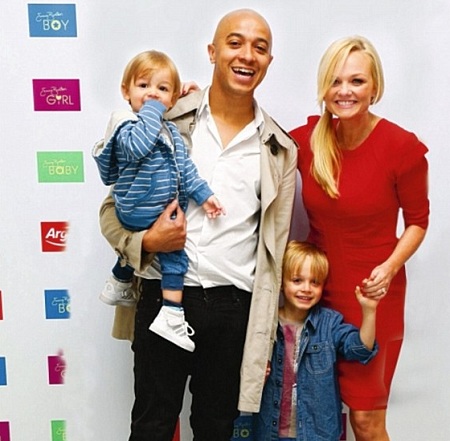 Meanwhile, she stated that it's the right time to have another baby with the former Damage star turned chef Jade Jones.

"Jade so wants to have more babies. It’s whether we are lucky enough. We’re just seeing how things work out."

Though they are still under pressure to raise the little kids, we are still very happy for the two.

#Repost @kitandkinuk (@get_repost) Hello and happy Monday to all our new and existing Instagram friends! We couldn’t be happier to have your support, please let us know if you have any questions that we can help answer ??

Her fiance Jade Jones was previously in boy band Damage before becoming a chef. 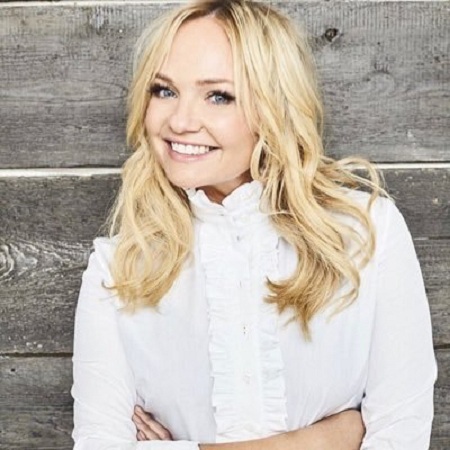