Did Emma Corrin From The Crown Date Harry Styles? 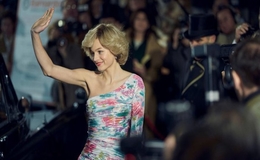 Just on the hype of her career, the rising English actress Emma Corrin was romantically linked to pop icon Harry Styles. But, did Emma really had a thing going on with the former One Direction singer?

Netflix's The Crown had been such a big blessing to the rising actress Emma Corrin who instantly rose to prominence after portraying the young Princess Diana on the show. And, just on the rise of her popularity, Corrin also earned attention from 1D girls. 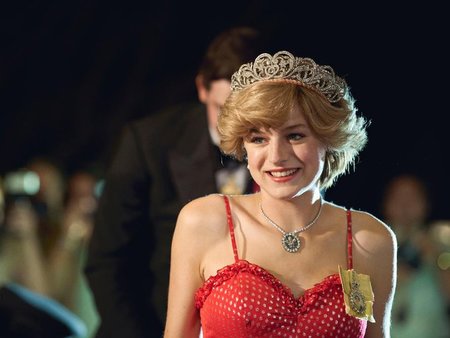 Speaking of which, it was reportedly written and believed that Emma was dating British singer, Harry Styles after the duo developed a friendship between the two.

In fact, Emma herself announced that she was now friends with the One Direction singer in August 2020 before Netflix even dropped season four of The Crown. Not to mention, the suspicion of the two datings even sparked more after Harry followed Emma on Instagram.

Corrin Met Styles At His Show

Emma Corrin, however, doesn't follow Harry Styles on Instagram, as of February 2021. But, to get to the fact straight, Corrin and Styles are not dating. As a matter of fact, Styles was later romantically linked to actress Olivia Wilde even though they two are yet to comment on the nature of their relationship. 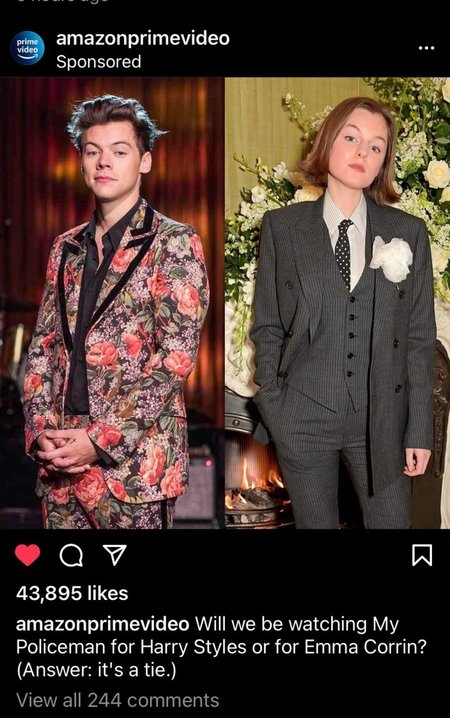 The 25 years old actress, on the other hand, seems to have formed a deep friendship with Mr. Styles as Emma mentioned in an interview that the Watermelon Sugar singer helped her giving ideas to deal with her newfound fame.

Corrins and Styles reportedly met at one of the singer's concerts in 2019. Not to mention, Corrins also apparently share the same stylist and many mutuals friends with the Dunkirk actor. But, what is exciting is the fact that Styles and Corrin will lead Amazon's My Policeman.

Enjoying the success of her acting career, Ema Corrin has been stealing fans and attention from all over the world with her performance as Princess Diana on The Crown. Not to let it go that she has already amassed almost half a million followers on Instagram.

But, what do we know about the future superstar? Well, this young and talented artist is a native of  Royal Tunbridge Well where she partly grew up with two little brothers including Richard Corrin and Jonty Corrin. It was, in fact, her brothers who motivated her to audition for Princess Diana.

And, Emma and her younger siblings were raised by their businessman father Chris Corrin, and speech therapist mother Juliette Corrin who hails from South Africa. But, today, Emma's family reside in Seal, Kent while the actress lives in London.

It was while studying at the only girls' hostel school aka Woldingham School where Emma Corrin developed a passion for acting and performing. Corrin then later attended Cambridge University's St John's College to study drama and arts. 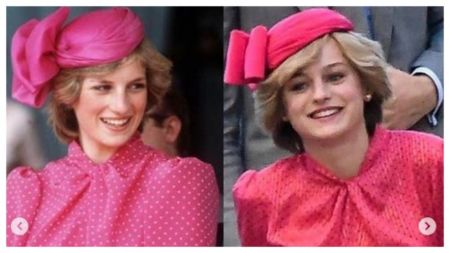 Emma Corrin as Princess Diana on The Crown. SOURCE: Instagram

Emma previously studied acting by taking Shakespeare classes at the London Academy of Music and Dramatic Art during her gap year from her academic years to focus on her dreams.

Also not to let it go, Corrin has also worked as a teacher, aside from working as an actress for theatres and minor roles in shows that include Pennyworth and Grantchester. To your surprise, Corrin previously served as a teacher at a school in Knysna, South Africa.

But, today, Corrin is fulfilling and living her Hollywood dreams.