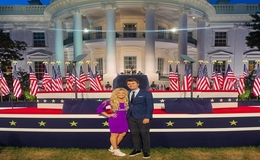 Erika Frantzve is the future wife of the popular Trump supporter and podcaster, Charlie Kirk. But, Frantzve, a former beauty pageant queen, is a celebrity herself with 60k Instagram followers.

What are the chances to happen when two Conservative Christians and Republicans meet? A love story, for sure. This is the story of entrepreneur and influencers Erika Frantzve and her boyfriend turned fiance, Charlie Kirk. 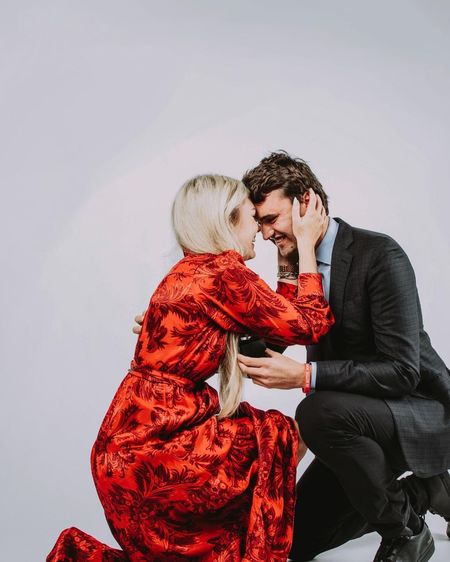 Erika is happily engaged to her future husband and she couldn't seemed to have found a better life partner to commit to for the rest of her life. Frantzve shared the happy news of engagement with boyfriend Kirk on 2nd December 2020.

The real estate agent shared a series of pictures that showcased Kirk on his knees with a diamond ring on his hand asking for Frantzve to marry him. And, Frantzve has the biggest smile on her face as she says 'yes' in her red dress.

"...when God writes your love story, you get to marry your best friend," wrote Fratzve in the caption section. As for, Kirk, he simply wrote, "She said yes," with a love emoji.

Not to mention, Erika's partner also shared the news of their engagement on his podcast channel, The Charlie Kirk Sho‪w‬. 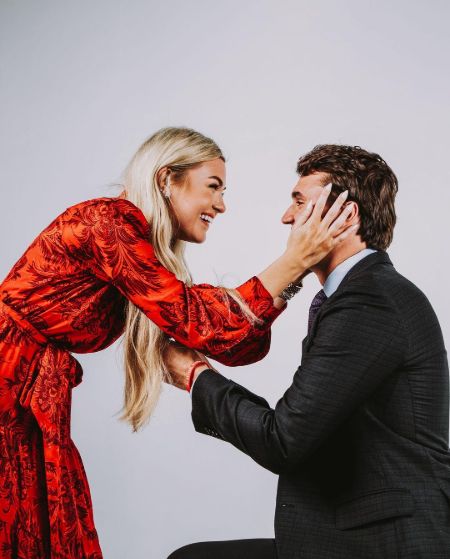 Erika and Charlie turned their long-term friendship into romance in early 2019 or even way before that before they were ready to confirm their relationship with the fans in June 2019.

Both the founder of Turning Point and her partner Kirk shares similar political and religious ideologies. And, it looks the common interests and passion, they share is one of the causes that brought them romantically together.

Meanwhile, as of February 2021, Erika and her boo are still planning for their wedding. So, the lovebirds are yet to tie the knot. And, when Erika and Charlie get married, they will definitely update their followers with the news.

What Does Erika Frantzve Do?

Like her fiance Charlie Kirk, the 32 years old Erika Frantzve is also vocal about politics. She is a businesswoman, podcaster, political activist, former beauty pageant queen, believer and whatnot.

Well, Frantzve was one of the contestants on Miss USA 2012 and was able to participate after she won the title of Miss Arizona USA 2012. Academically, Erika attended Arizona State University were she graduated in 2012 with a degree in Political Science and International Relations. 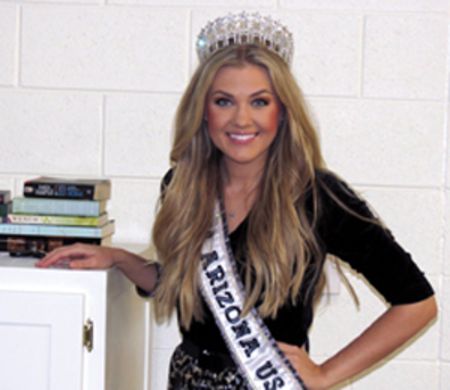 Frantzve then studied at Liberty University to earn her Juris Master Degree. As of 2021, Frantzve is currently studying at the same university to pursue PhD of education in Christian Leadership.

Erika, in addition, was also one of the Basketball player at the National Collegiate Athletic Association (NCAA). Aside from pursuing her PhD, Erika also runs a podcast channel called Midweek Rise Up, runs her own clothing line called Proclaim Streetwear, and work as real estate agent for The Corcoran Group.

Frantzve was born in 1988 and celebrates her birthday on 20th November with her zodiac sign being Scorpio.

See more similar news and stories only on Married Wiki.