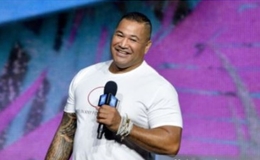 The former pro football player Esera Tuaolo made headlines when he revealed he was gay in 2003 after hiding his secret for more than a decade. So, who is this retired NFL star dating at present? Or is he married? Let's get the answers to all these questions.

The retired athelete Esera Tuaolo is one of the former Minnesota Vikings defensive tackles. The 53-year old player surprisingly opened about his sexuality and stated himself as gay in 2002. It was soon after he retired from the NFL & caused turmoil. 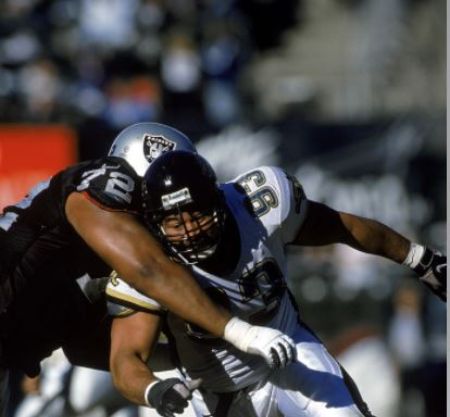 In addition, Esera was so afraid of people finding out about him being homosexual that he never went to gay clubs. He interviewed with ESPN the Magazine soon after, explaining the traits of being a gay athlete and never tried to meet men on the road.

Having said that, the big man also revealed that he knew about his sexuality from a young age and stated that he was different & attracted to other men. After struggling for many years of fearing people's wrath, Tuaolo finally got the strength to open up about it publicly.

The former NFL star Esera met his partner Minnesota businessman Mitchell Wherley at the nightclub in Minnesota in 1995. During their first meet-up, the two chatted and even shared phone numbers. Things went well between Esera and Mitchell, proved by their intimate relationship of almost six years. 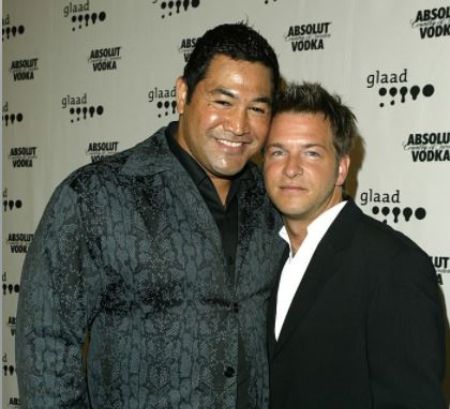 Not to mention, Esera's relationship with his gay lover, Mitchell, appeared for the first time in the early 2000s. On top of that, Tuaolo was so deeply in love with Wherley that he really missed updating the moment they'd spent together on social media.

Regardless of all, the former pair adopted and raised a son Mitchell Tuaolo and daughter Michele Tuaolo in 2000. However, Tuaolo rarely talks anything about their children in the media and prefers to keep information regarding their children within themselves. Sadly, Esera decided to part ways with Mitchell in 2007.

In an interview in 2016, American television personality Carson Kressley revealed that the guy once had an in-living together relationship with Esera Tuaolo. The Queer Eye star said," I once went out with a football player who was in the Super Bowl, so there."  But they broke up, citing personal differences. 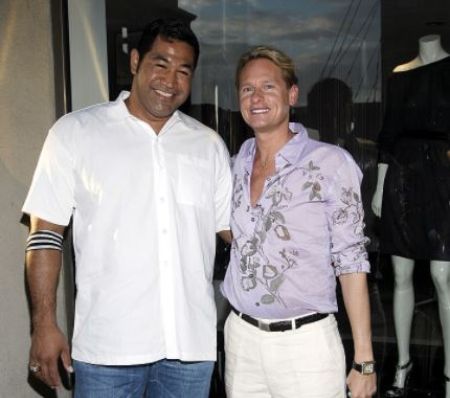 As for now, Esera is not in a relationship with anyone, unlike fellow famous athlete Yuri Zhirkov who is happily married with two children. The Hawaii native has not shared much information about his current love life & is possibly single at the moment.