Home Article Is Estelle Berglin dating Julius Dein or did they Break Up? Find out here

Is Estelle Berglin dating Julius Dein or did they Break Up? Find out here 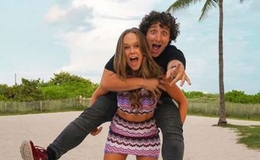 The gorgeous Estelle Berglin is a social media personality & content creator who earned her success through Instagram and Youtube. The Swedish star mostly shares about healthy workouts, fashions, and styles on her Youtube channel Swealife. Moreover, she also gained the limelight after being romantically linked with the street magician illusionist Julius Dein. But are they still together or have they broken up?

Content creator Estelle Berglin came to prominence after her romantic relationship with illusionist magician Julius Dein- known for his incredible magic tricks & pranks on Youtube. At present, Julius garnered over 1.81 million subscribers on his Youtube Channel and over 7 million followers on Instagram. 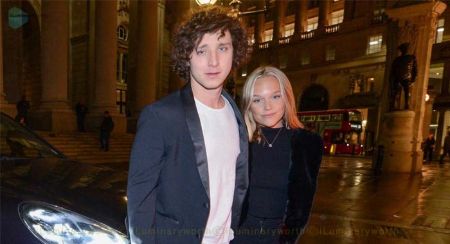 The lovebirds met via social media & immediately hit it off. Further, the duo was incredibly serious about their relationship. Dein even celebrated their first anniversary on August 26, 2020, by sharing pictures on his Facebook to share how happy his partner makes him.

In 2021, Julius & Estele enjoyed romantic dates & also spent the quarantine together. The couple was on vacation to Mexico back in February. Because of the coronavirus and quarantines, both got stuck in Mexico for a long time.

However, as of January 2022, it looks like we have bad news for Julius Dein's fans but good news for the fans of the Instagram model. Well, judging by how quiet Estelle and Julius have been with their social media mention, it seems like the two might have parted ways.

The duo uploaded prank videos on Juliu's Youtube channel & Estelle supports him in all his endeavors. But as of now, Estelle and Julius no longer follow each other on Instagram. Likewise, the two also haven't featured each other on their vlogs and videos for a long time. But, the model and the magician are yet to confirm their breakup. For information, Estele and Julius stayed together for nearly two years.

Regardless of everything, Estelle is busy doing her thing and runs her fitness website called SweaFitness. Her subscribers can get fitness guidebooks, fitness plans, and meal plans with exciting challenges.

Who is Julius Dein?

Julius Dein is a famous British street magician, youtube content creator and social media influencer. Moreover, he is well-known for the close-up routine magic and pranks. Going to his early life, he was born on April 23, 1994, in London, England, to Jemery Dein (father) and Lee Dein (mother). His mother is a handwriting specialist and the founder and creator of the Magic Link Handwriting Programme.

He finished his school-level education at the Jewish Free School in Kenton regarding his educational qualifications. After graduating from school, he joined King's College London for his higher education. Moreover, he also went to the University of California for one year in the student exchange program.

In 2017, Julius Dein came under fire for being fake when his ex-girlfriend Madison Willow accused him of taking advantage of her & being verbally abusive towards her during their relationship through a confession video. In August 2017, Madison uploaded a video titled The Truth of JulDein'ein', which went viral. As per MadisJulius'sus's videos and pranks were all staged too.

Watch the video's Truth abJulius'ius' uploaded by Madison Willow below.

Likewise, previously, Julius also uploaded a three-minute video in which the magician talked about how he first met Madison in 2016 and why they were about to break up. The reason behind the separation appears to be Madison moving out due to the worsening of grandmama's health. Madison said she might be backDein'sin's vlog after returning from the US, but sadly, it never happened.

Check out JulDein'sin's breakup video below.

Before meeting Madison Willow, Julius dated a few divas, including British actress Amber Doig-Thorne around early 2016 and singer Lauren Jauregi in 2015. Meanwhile, before finding love with Julius Dein, Estelle dated a Swedish guy named AntBerglin'sin's ex-partner Anton also appeared in her Youtube videos. Nevertheless, the romance between Julius & Estelle is stronger than ever. Despite having a lot of speculation regarding their split, everything seems to be going perfectly for the two.