Home Article Famous For His Movies Canadian Actor Jim Carrey Married Twice and Has a Daughter; His Ex-Girlfriend Died Of Drug Overdose

Famous For His Movies Canadian Actor Jim Carrey Married Twice and Has a Daughter; His Ex-Girlfriend Died Of Drug Overdose 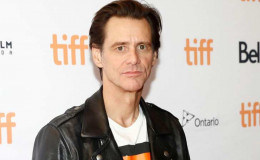 Known for his acting and comedy, Jim is married twice in his life. What is he upto now? Let's find out.

Everyone knows the man behind "The Mask" who has the skill to make people roll through there chair. The actor is married twice and shares a daughter with his former wife.

He was married to two wives but for now, the actor is living a low-key life these days. His fans are eager to know as to who is he dating and what has he been up to. Well, let's see what we know about the actor so far.

What Is Actor Jim Carrey Upto? Married Twice And Has A Child

Jim Carrey, a famous Canadian-American actor, comedian, impressionist, screenwriter and a producer known for his famous movies like, Dumb and Dumber, The Mask, Ace Ventura and several others. He is often dubbed as king of 'Physical Comedy.'

Well, Jim has been seen with several ladies in his life. But he has not been in a romantic relationship lately. 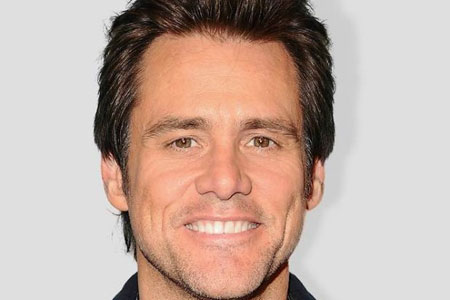 Jim was married twice in his life
Source: TheWrap

The actor's most recent work was a Netflix documentary that explored the life and mind of Jim when filming the 1999 movie Man on the Moon.

Jim spent the last six years painting in his home studio after getting the vibe of the beauty of art. He said,

"There’s not a day that goes by that I’m not covered in paint or something from doing sculptures. Making art, in general, is not really a choice, I’m being painted and I’m being expressed and I’m being created, and there’s little me involved.”

He also released a six minutes documentary, I Needed Color in which he explains his passion for art.

Past Affairs and Relationships Of Jim Carrey:

Jim was married to former actress and comedy store waitress Melissa Womer. They tied the knot on March 28, 1987. The couple has a daughter together Jane Erin Carrey who was born on September 6, 1987. Jim and Melissa were married for 8 years and eventually divorced in 1995. 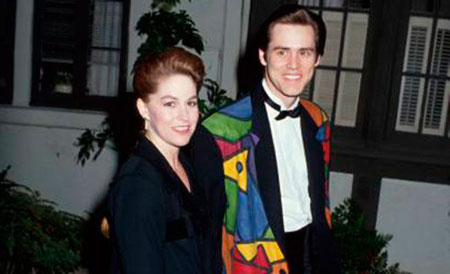 Jane married Alex Santana in 2009 and has a son together, Jackson who was born in 2010. Jane and Alex are divorced. Jane was a contestant in 2012 American Idol.

Jim then married his Dumb and Dumber co-star Lauren Holly in the following year. 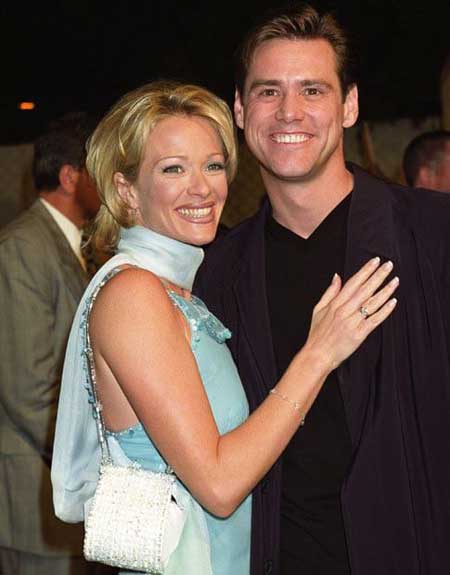 In the late 90s, he had a romantic relationship with his Me, Myself and Irene co-star Renee Zellweger with whom he has engaged from 1999 to 2000. 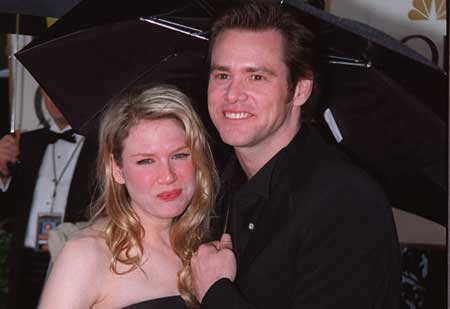 Carrey was low-profile for some years but in 2005, he met Jenny McCarthy and made their relationship public in 2006. 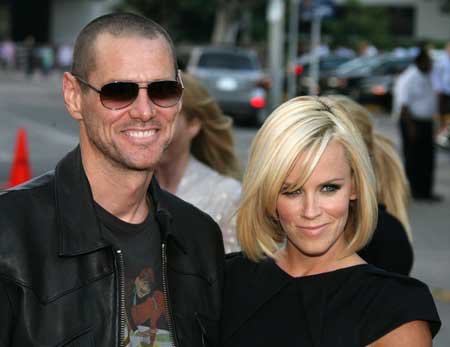 Jim was with Jenny for about 4 years
Source: Zimbio

The couple were together for 4 years and eventually broke up in April 2010.  But Jenny said they are still good friends. 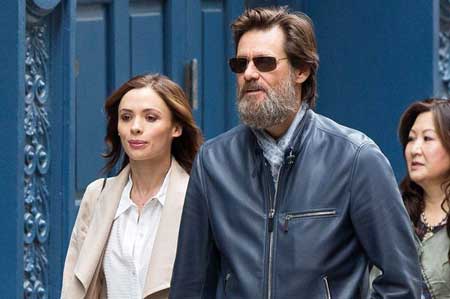 After the death of Cathriona, a new controversy emerged as White's husband from 2013, Mark Burton and her mother filed a lawsuit against Carrey.

Mark claimed that Jim used his immense wealth and celebrity status to obtain the drugs involved in the case. Following day, Jim released a statement mentioning White's addiction was long before he even met her.

In 2016, White's mother also filed a lawsuit against Jim claiming he underwent a test for sexually transmitted infections which came out to be true as he was positive for Hepatitis A, Herpes, and Chlamydia.

Despite knowing that he is positive of the infection, he was still involved sexually with Ms. White so her mother Brigid Sweetman issued a statement that Jim lied to the media, the court, and the public.

But the lawsuit was dismissed on January 25, 2018, as the attorneys for both confirmed no further legal proceedings. 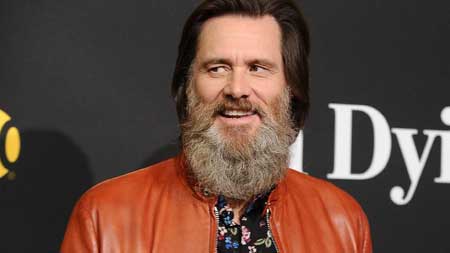