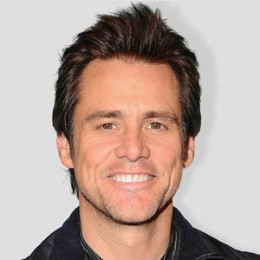 Jim Carrey was previously married twice but as of now, he is possibly single. He first married to former actress and Comedy Store waitress Melissa Womer in 1987 but they divorced in 1995. They have a daughter Jane Erin Carrey was born September 6, 1987.

Then Carrey tied the knot to his co-star Lauren Holly in 1996 to 1997. More to his marital relationship, he also linked with his co-star Renee Zellweger, whom he dated, and at one point was engaged to from 1999 to 2000. Then Jim dated to actress Jenny McCarthy in 2005 and made their relationship public in June 2006. In April 2010, the two ended their nearly five-year relationship.

Jim Carrey holds an impressive net worth of $150 million from his acting career. He usually earns $10million-$20 million from movies which vary as per films budget.

Jim Carrey was born to a homemaker, Kathleen and a musician and accountant, Percy Carrey on January 17, 1962, in Canada. He attended Aldershot High School.

Carrey first gained recognition in 1990 after appearing a recurring role on the sketch comedy television series" In Living Color". He made his first leading roles in major productions came with Ace Ventura: Pet Detective.

Jim Carrey was previously married to former actress and Comedy Store waitress Melissa Womer in 1987 but they divorced in 1995.

He married to his co-star Lauren Holly in 1996 but the couple did not continue their marriage relationship and divorced in 1997.

They have a daughter Jane Erin Carrey was born September 6, 1987.