Nicky Hilton, the famous fashion designer, who is nowadays not so much in the limelight as she used to before, is expecting a second child with her husband, James Rothschild.

It's exciting news for the pair and as well as for their respective family. The Hilton hotel heiress and Rothschild Banker heir is now going to start a new chapter in their life with a new addition to their family. 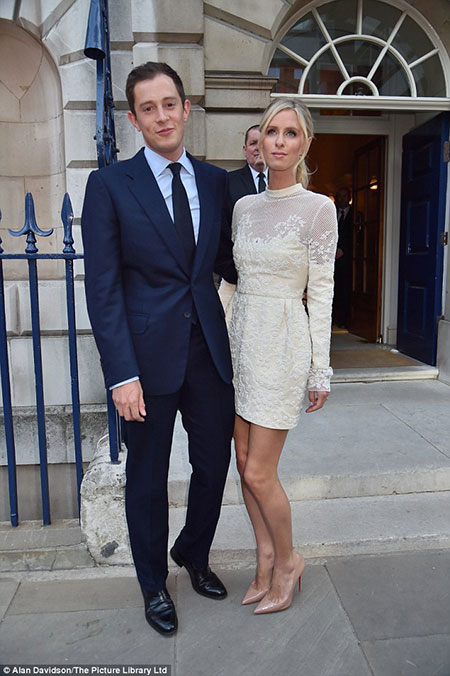 Nicky and her husband, James are expecting their second child, Source: Daily Mail

Media these days have become so watchful that even a small event triggers many speculations. The Socialite wore a corset and tried to hide her growing bump.

According to many tabloids, she is around three months pregnant but nothing is sure about her pregnancy right now. According to many sources, the pair has thought about giving their daughter a sibling.

A Sibling for their Daughter

Well, at least the child will not feel alone as she'll be playing with her new brother or sister. 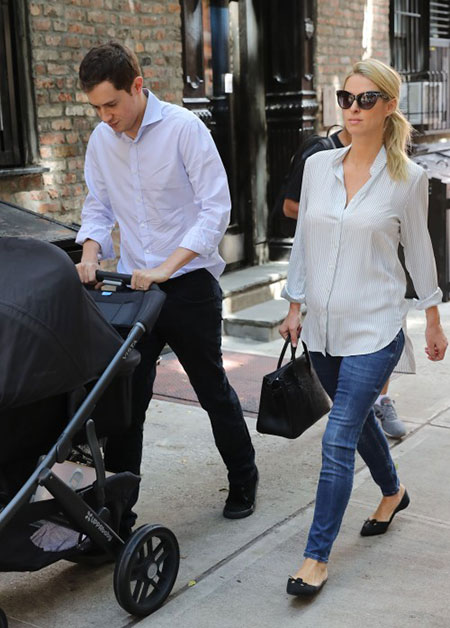 'They always wanted to give Lily-Grace a sibling close in age, like they both have.'

They welcomed their first child, Lily Grace Victoria Rothschild, on July 8, 2016. And looks like after a mere 1-years, the pair is already on the verge of becoming parents for the first time.

Going by many websites, the child is due in 2018. Although the pair is quite about the pregnancy and we're waiting for them to confirm the news.

Nicky and James married on July 10, 2015. The rich heiress's marriage took place at the exotic Kensington Palace Orangery in London. 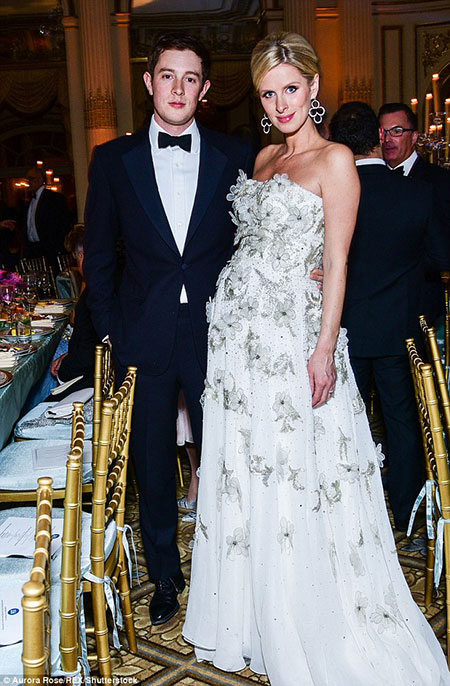 The duo married each other in July 2015, Source: Daily Mail

The pair started dating in 2011 after meeting at a mutual friend's wedding. James even flew to her home in London, in order to ask for Nicky's hand.

Nicky was previously married to a financier, Todd Meister in 2004 but the marriage went sour and they got separated after a mere 3-months. 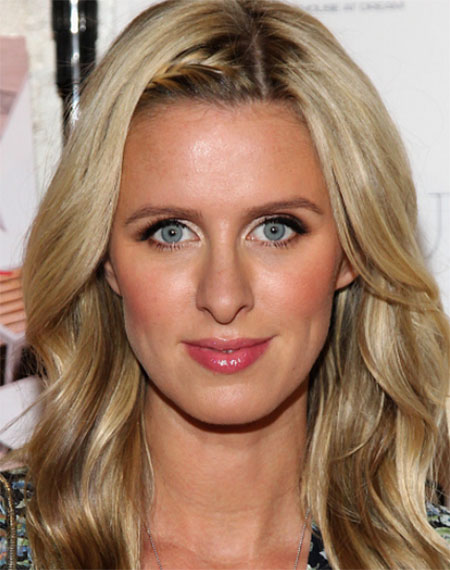