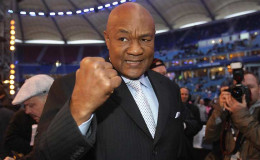 You May Like; Strategist Kellyanne Conway and George T. Conway III Married life: See their Family and Children

Being a father of five boys and sevens daughters and taking care of all of them is obviously not a cup of tea for everyone. Learn more about George Forman and his personal life in today's session.

Foreman, 69 married Mary Joan Martelly on 27 March 1985. They haven't shared many details about their married life but we are sure they have a wonderful life as husband and wife. They are blessed with two daughters Natalia Foreman and Leola Foreman. 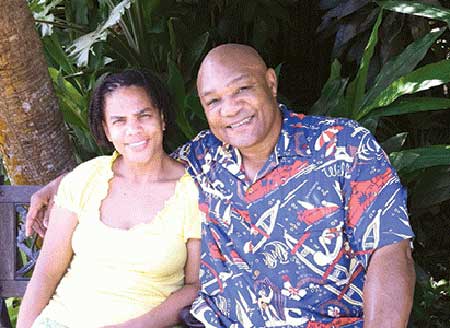 Together, the couple is working together in combatting AIDS. They were honored at A World of Friends Fighting AIDS in 2007 for their contribution in St. Lucia and Houston.

Well, it's pretty awesome to receive love and support from the life partner in personal as well as beyond the family life, isn't it?

As the couple doesn't make headlines regarding their family disputes, divorce or extra affair, they are giving us a perfect relationship for sure.

George Foreman's Past Affairs and Relationships 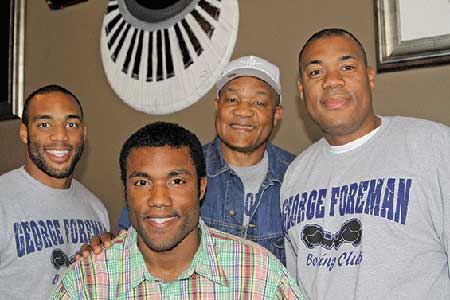 George Foreman with three of his sons
Source: Pinterest

When asked by Sports Illustrated why he named all five of his sons after himself, he stated,

"My biological father -- until I had lost the heavyweight championship of the world and one of my sisters told me that dad isn't really my dad -- I loved. [My sister said that] I had a biological father and I actually met him."

"It was a tough time because I had a lot [going on with] my title and I was devastated and I had a father out there that I didn't even know. I actually ended up preaching at his funeral. This was my father and I didn't even know him and I decided then I would give all my sons something in case they got separated or divided, something they would all have in common and that's why I gave them my name. That's the reason I really did it."

He has three daughters from his previous relationships namely Michi, Freeda, and Georgetta. His daughter Freeda Foreman, 42 was found dead in her home on 9th March 2019. 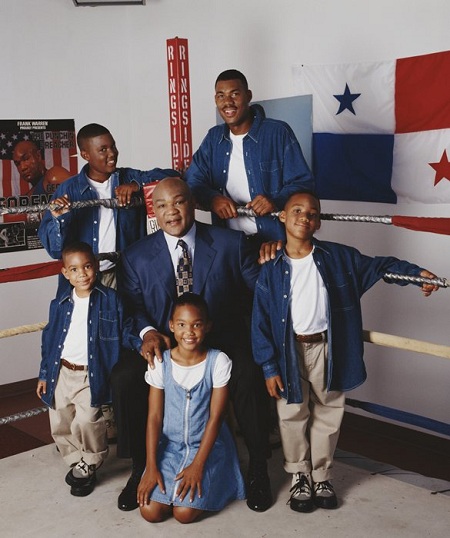 George Foreman with his kids; photoshoot in the ring.
Source: Mom.me

He adopted a daughter named Isabella Brandie Lilja and another girl, Courtney Isaac in 2012. 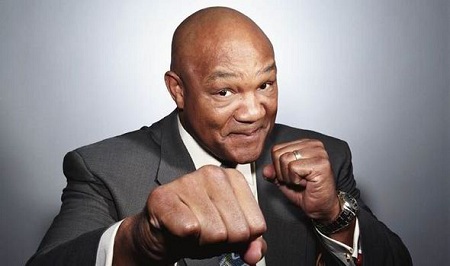