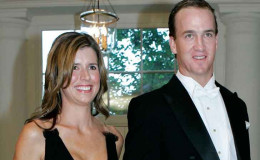 American football quarterback Peyton Manning credits every success of his entire professional career to his lovely wife Ashley Thompson and she truly deserves the honor. The retired NFL quarterback piled up success and reached a milestone in his professional career and he has definitely achieved the best in his personal life. He has a huge net worth.

But Manning was accused of sexual harassment by a former athletic trainer from the University of Tennessee. She spoke about the incident for the first time on TV after 20 years as she mentioned that she was inspired by women who spoke about Harvey Weinstein.

Are Peyton Manning and Ashley Thompson still Together?

Happy is the man who actually finds a true friend, and far happier is he who finds that true friend in his wife. So is the story of American football quarterback and his partner Ashley.

Peyton Manning and his beloved girlfriend turned wife, Ashley Thompson is united as a life partner for over eighteen years now. Most notably, there is a fewer sign for the couple to go through a divorce nor heard of extramarital affairs.

Even though the cupid isn't available on socials, one can clearly assume, they share amazing chemistry together. Manning is a family man who prefers to spend quality time with his spouse and daughter in the meantime rather than getting on his job. While Thompson gets busy with her work, Peyton takes his baby girl with him at events. What a loving father? Isn't he?

It's pretty clear that Peyton Manning has achieved everything that one dreams of. His lovely wife Ashley Thompson has played a key role in his success.

Manning and Thompson started dating before his freshman season at Tennessee. She grew up in Memphis and some sources claimed that her neighbor introduced her to Mann. 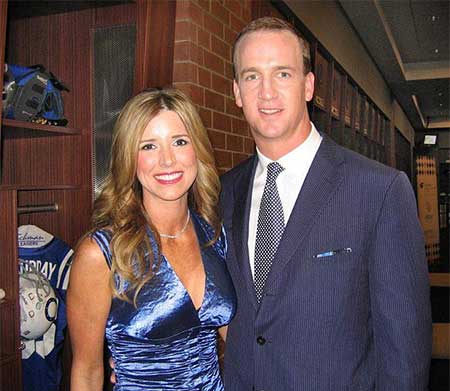 Though Thompson tends to keep her personal life far from the media, she revealed how their relationship started in Indianapolis Woman magazine in 2006.

"She was introduced to Peyton by her parents’ next-door neighbor the summer before Peyton’s freshman year in college.

The neighbor had played football at the University of Tennessee and hosted Peyton on a recruiting trip. The neighbor thought Ashley and Peyton would be perfect for each other. Ashley remembers her first impression of Peyton was that he seemed very genuine."

After years being together, the couple tied the knot on 17 March 2001, on St. Patrick's Day. And they have already crossed eighteen years living as husband and wife with fewer signs of divorce or extra-affair.

The couple welcomed twins- a daughter named Mosley and a son Marshall in 2011. During a 2012 interview, he managed some time and explained how much his family members are important to him.

"My entire family keeps me positive and they always support me. They will be coming to town to be with me. Without them, I would not be where I am today. I am very grateful."

The proud mother stayed relatively low-profile throughout her husband's career. While talking to the Indianapolis Star, he mentioned that she values privacy and she would appreciate media if they don't circulate everything she said in media.

Manning and his wife don't appear together in public places. Meanwhile, they don't choose social media to flaunt their personal life. To some extent, it is good to keep family affairs away from the media.

A former athletic trainer spoke out about the sexual harassment allegations against Mann in October 2017. Jamie Naughright, the then-athletic trainer at the University of Tennessee, spoke to CBS' 'Inside Edition' about the incident that occurred in 1996.

She reported that she exposed himself to her and placed his genitals on her face.

An ex-trainer says she received death threats in connection with sex assault claims she made against Peyton Manning. https://t.co/0VqoeaBGzB pic.twitter.com/VZ6njUmn9Y

Manning, on the other hand, admitted to 'mooning' a teammate when he was 19 but he denied making any kind of contact with her. He reported that Naughright left his mother a vulgar and disturbing voicemail.

Naughright said during an interview,

"The reason why I'm here today is due to the courage and bravery that the women have come forward with the Harvey Weinstein, the survivors, and the victims. And that is really what has brought me here today to discuss that issue."

She settled with the university for $300,000 and resigned from the school in 1998. She was quiet and still until 2002 when Manning and his father underestimated her in a book.

The case was almost forgotten until it gained media attention all again in early 2016 when Manning won his second Super Bowl with the Broncos before retirement on 7 March 2016.

As per the CBS report, Naughright gained strength to come forward from women who allegedly spoke out against Harvey Weinstein who accused of multiple sexual misconducts.

Some Interesting Facts of Peyton Manning 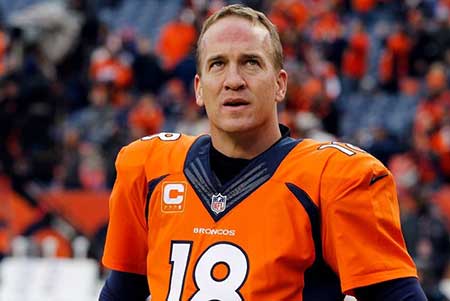 Bes sure to check out Marriedwiki.com for more biographies!