Claire Holt got engaged to her boyfriend Andrew Joblon, months after the split with husband, Matthew Kaplan.

She announced the big news on Instagram, sharing an adorable picture of the pair. This is the second engagement for The Vampire Diaries actress. 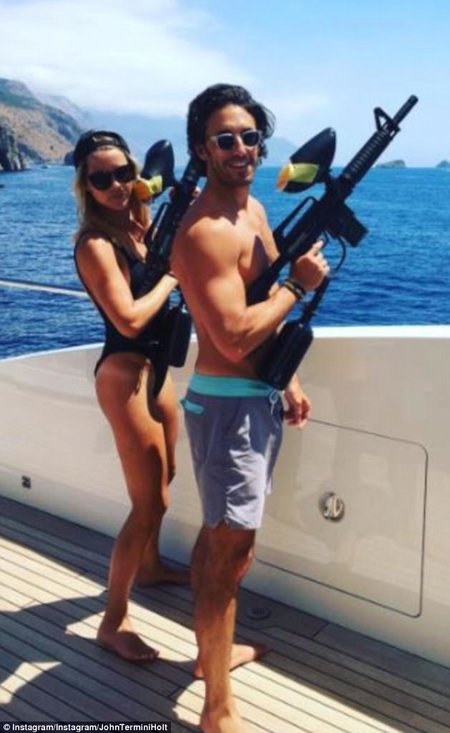 Andrew and Claire is now engaged, The news came after seven months from her split with husband
Source: Daily Mail

The Australian actress added a new photo along with new love Andrew. In the picture, she is kissing him while showing off her big rock in the post.

She added the caption, “My heart is so full .”

My heart is so full

Her ring looks quite amazing and suits the suitor pretty well. The actress revealed her relationship with the real estate executive Joblon during their secret getaway in Italy.

They shared a lot of photos and her fans realized she has moved on from her husband. And their relationship was confirmed after they shared a photo of them kissing each other, overlooking a sunset.

Finally homeward bound after the best month of my life. Thanks for the memories!

She filed for divorce from her producer husband Matthew on April 27 together in this year. According to the divorce paper, the pair got separated from April 24.

She and Matthew tied the knot on April 28, 2016. They dated for a while before exchanging vows in an intimate ceremony.

Now after seven months of separating with her husband, she found love yet again. Only this time, her relationship looks more solid then before.

The pair is yet to make any comment on the matter but they will soon enough. And who knows? Maybe we'll see them walk down the aisle soon.

Stay tuned for the update.