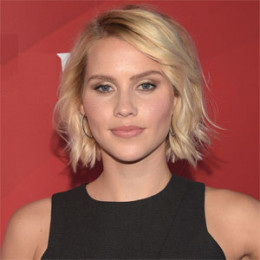 Australian actress, Claire Holt is best known for her character as Rebekah Mikaelson in the popular The CW series, The Vampire Diaries and its spinoff series The Originals. She rose to fame after portraying the role of Emma Gilbert on the TV show, H20: Just Add Water. Holt is engaged to Andrew Joblin in December 2017. She was married to longtime boyfriend, TV producer Matthew Kaplan.

Claire Holt was born Claire Rhiannon Holt on June 11, 1988, in Brisbane, Queensland, Australia. She was raised along with her three siblings. She has a sister named, Rachel Holt. Regarding her nationality, she is Australian and belongs to the White ethnicity.

Holt graduated in 2005 from Stuartholme School in Toowong. During her school days, she was in her school's choir and used to play several sports: swimming, volleyball, water polo, and Tae-Kwon-Do, in which she succeeds to grabbed black belt.

Before pursuing her career in acting, she did commercials for extra income but initially wanted to be a doctor.

Clarie Holt debuted in acting in 2006 with Network Ten children's television series H2O: Just Add Water. She portrayed Emma Gilbert for two series and left the show to pursue her career in movies.

In 2007, Holt cast for the sequel to the film The Messengers, titled Messengers 2: The Scarecrow. The movie was released straight-to-DVD on July 21, 2009. She also appeared in the commercial for Dreamworld, Sizzler, and Queensland Lifesaving at the time.

In 2011, Holt made her Hollywood debut with TV series, The Vampire Diaries as Rebekah Mikaelson. Later, she reprised her role in The Vampire Diaries spin-off, The Originals. She exited the show in the first season of 16th episode on March 11, 2014. She returned on the finale episode of season 1 and continued to appear on the series as a guest star.

Holt was offered to CBS' Supergirl in 2014 but she refused to play. The same year, she starred in the underwater survival thriller film 47 Meters Down as Kate alongside Matthew Modine and Mandy Moore.

Holt is engaged to real estate executive, Andrew Joblon on December 3, 2017. She shared the engagement news via her Instagram.

The duo is often spotted vacationing together and holding hands at public events. As per the online sources, the couple was together since July 2017.

Holt is active on Instagram and often posted their romantic pictures which gained thousands of hits.

Previously, Holt was married to longtime boyfriend, TV producer Matthew Kaplan. The duo tied the knot in April 2016 at a private ceremony. The pair got engaged in July 2015, after a year she quit The Vampire Diaries.

However, the couple failed to handle their married life and Holt filed for divorce just one day before her first wedding anniversary citing some irreconcilable differences. The couple officially split on April 27, 2017.

Holt referred Phoebe Tonkin as her good friend. They both worked together on a TV show, H2O: Just Add Water and The Vampire Diaries. She loves to watch horror movies and cites her favorite horror movie as The Silence of the Lambs (1991). She considered This Is England (2006) as her all-time favorite movie.

Holt is a huge fan of Harry Potter book series. She has a tattoo named, 'gratitude' on her left foot. She also revealed the first concert she attended was Shaggy's. She enjoys playing the guitar and the piano in her free time.

Clarie Holt stands height of 1.69 meters (5 feet 6 inches). She is considered as one of the rising Hollywood stars. She is active in entertainment field since 2006. Her estimated net worth is $500 thousands as per the source by celebritynetworth.

Holt was cast in The Vampire Diaries as Rebekah. The series ranked 7.8-stars out of the 10 by IMDb. Besides this, the series was commercially successful. In 2017, her movie, 47 Meters Down made the total gross of $61.7 million at the box office.