One of Hollywood's beautiful couples, critically acclaimed actress Frances McDormand and her director husband, Joel Coen, has been living a blissful married life for many years.

What is the secret behind their successful conjugal life? Well, it is time to find out!!

The Blood Simple actress has been living a happy married life with director Joel Coen for a long time. The two first met in New York in 1983 when Frances auditioned for the Coen's debut feature Blood Simple.

Coen almost lost hope of finding the best person for the role until he encountered Frances. Sources say that the couple moved on together immediately and married ten years later. They adopted a son named Pedro McDormand Coen in 1994. He is originally from Paraguay. 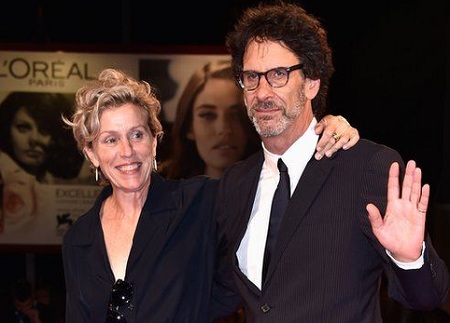 Every pair has their own way of spicing their conjugal life, and Frances also revealed her secret at the Rome Film Festival in October 2015. 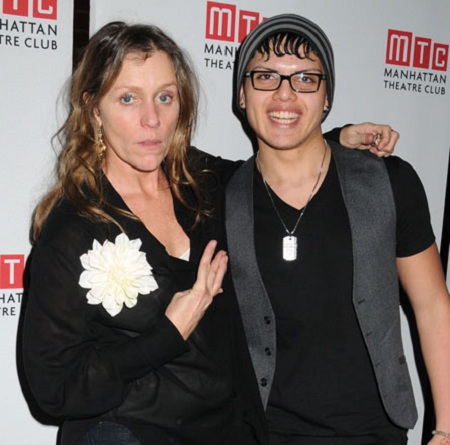 She even explained that the 21 years she spent raising their son is 'the most exciting part' of the relationship. 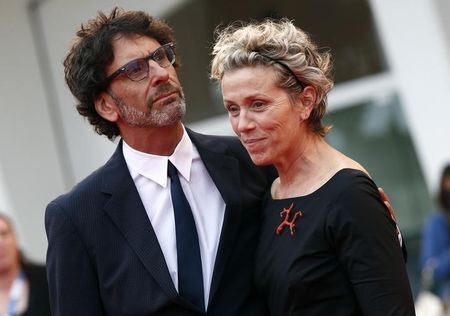 Frances celebrates 34 years of togetherness with her husband
Source | Yahoo

Both of them belongs to the movie industry and works with several good-looking artists so jealousy can be the issue between and when asked about that, she said:

“I think people who are not in the film industry always think that would be an issue, But when you work in the industry, you know how these scenes get constructed. It’s make-believe and it’s your job to make it believable.”

“I envied the power he had over his career because his work is self-generated whereas in my job you always have to wait around for someone to give you the role”.

Meanwhile, they are looking forward to a new phase in their relationship as their son Pedro is grown up now.

Frances McDormand On Her Way To Oscar No.2

The 60-year-old glamorous actress makes no attempt to hide her dislike towards Hollywood's glamour world.

She's quite different from other celebs as she avoids cosmetic surgery, and hates high heels. She's the one who rarely gives interviews or even autographs. 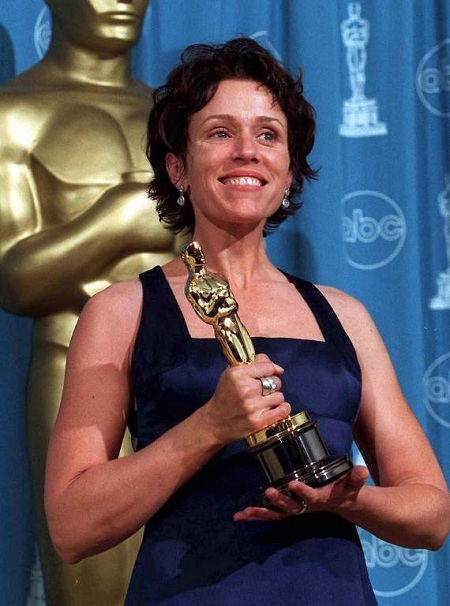 She, however, wore prosthetic breasts in three of her movies including the black comedy movie Fargo. She achieved Best Actress Oscar in 1997 for the movie.

You May Like; Reporter Ana Navarro is Dating Boyfriend Gene Prescott. Happy Couple: Still no Plans For Wedding: Focused on Their Career

Meanwhile, she received the 2018 Golden Globes for Best Actress in a motion picture, drama for her role in Three Billboards Outside Ebbing, Missouri. She's the clear favorite to win Best Actress Oscars. 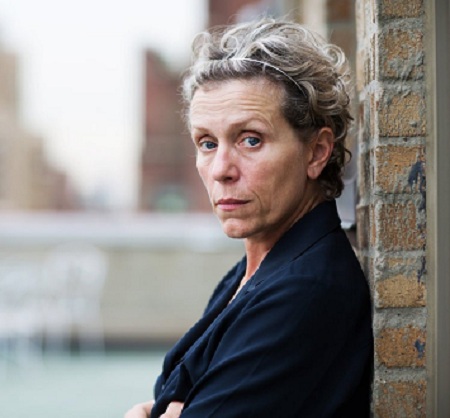