Gigi Hadid's Birthday Blessing To Her Loving Boyfriend Zayn Malik While Ryan Reynolds Wishes Him In His Deadpool Costume!

Gigi Hadid's Birthday Blessing To Her Loving Boyfriend Zayn Malik While Ryan Renolds Wishes Him In His Deadpool Costume!

No one has been this lucky and happy on his/her 25th birthday other than Zayn Malik!

Millions of wishes came for the handsome singer among which the funny birthday wish by Deadpool actor, Ryan Renolds caught everyone's eye!

Gigi Hadid's Birthday Blessing To Her Loving Boyfriend Zayn Malik While Ryan Reynolds Wishes Him In His Deadpool Costume!

Gigi and Zayn have always proved to be one of the best couples of this generation and this time too on Zayn's 25th birthday, Gigi pulled off a heart touching message to the "Pillowtalk"  singer via Instagram. 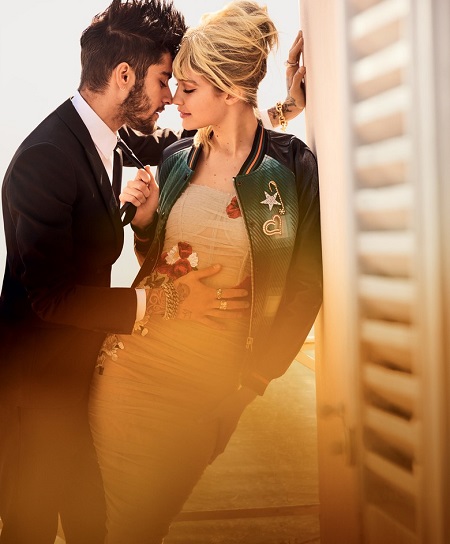 She posted a cozy slide show of Zayn hugging Gigi along with other cute moments they shared and captioned it writing,

“Love this man more than I could ever put into words, & am inspired by his drive to be and do better every day, Cheers to YOUR YEAR my @zayn,”

“Happiest happiest birthday & 25th year of life !! I’m proud to be by your side x”

But the birthday bash didn't just end here. Gigi again took the big moment to Instagram and posted a shirtless video of her beau shaking his hips and captioned it as "birthday boogie."

What drew most fans attention was the tattoo of eyes inked on his chest which most fans assumed to be of Gigi's eyes. And his expression and dance was definitely a killer.

Unlike Gigi, Deadpool actor Ryan Reynolds hilariously wished Zayn a Happy Birthday with a video. Zayn shared the video on his Instagram without any caption as the video itself told the entire story.

Ryan dressed up in his Deadpool costume and started saying,

Zayn, it’s Wade, don’t hang up. I just wanted to wish you a very happy birthday, again,” Reynolds said. “I also wanted to apologize for jumping out of the cake like that, I didn’t realize it was the middle of the night – I had no idea it was in the middle of your bedroom.

“I want to thank your security who were very, very gentle and creative with the taser. So, anyway, happy birthday to you and Mr. Tim Horton. You share your birthday with a very special Canadian, who is very dear to my heart.”

Ryan Reynolds is famous for trolling his loved ones, especially his wife Blake Lively.

Zayn and Gigi have been together for the past two years and we hope they'll soon tie the knot and make adorable babies together!