See the wonderful journey of newly married couple Golden Tate and Elise Pollard: A big congratulation to the couple 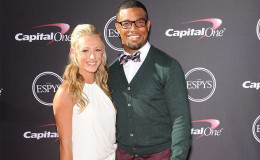 Actor and a recent husband Golden Tate is an American football player married wife Elise Pollard after dating for several years. The couple might start a family and have children.

Golden Tate and Elise Pollard got married after months of speculation, and all of us are happy about the news. He was in controversy when Russell Wilson accused him of having an affair with his now ex-wife.

Well, in responding to that controversy Tate is now a married man, and he is now in a blissful marital affair with his wife. The recently married couple is very happy so let's find out more about the duo.

The couple started dating since 2012, and they used to go to many beautiful and exotic locations to hang out.

Their relationship has always been public and out in the open. 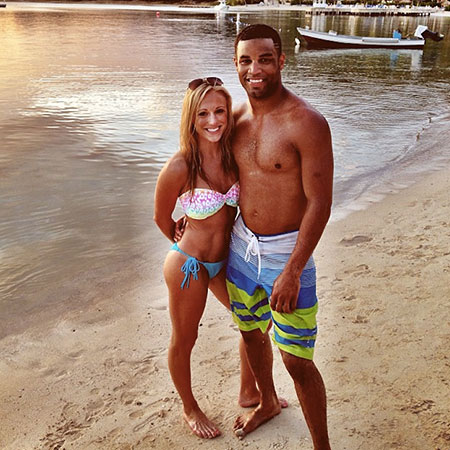 Tate popped the big question to Elise on September 13, 2015, and of course, Elise said yes.

We could clearly see Tate's happiness after she accepted his proposal in front of all of their friends, siblings, and relatives.

Golden and Elise are totally in love with each other, and we can say by the sheer amount of respect and support they give to each other.

When Golden was accused by his former teammate, Russell Wilson of sleeping with his ex-wife Ashton Meem. 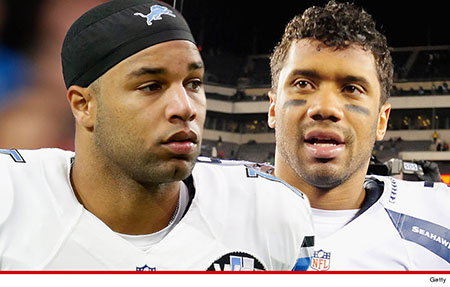 Elise took it to her Instagram account and supported her boyfriend and said that it's all lies and it's slander in the name of her partner.

The amount of support she does to her boyfriend is immeasurable, and that's what bond these two lovebirds together.

Yesterday was a dream...my fiancé could not be more amazing. Yesterday he proposed in my hometown of San Diego, in the marina on the ocean that he knows I love, the longest most thought out speech (although it was a blur) and both were crying... Then he took me to a restaurant where he'd reserved the rooftop at and we were surrounded by parents, siblings, aunts, uncles, grandparents, cousins, and friends. He even picked out my white outfit, as I had no idea what was happening and laid out a few choices. He pointed at the white one and I didn't think anything of it. This man... Is my dream... This man is mine allll mine! My fiancé!!!!!! AHHHHH Him telling me all the stories of how long he's been planning this day, and how long he's been planning my ring... Made me cry over and over! Ps he ALSO had a photographer to capture the whole thing (he is perfect) I can't wait to get those pics i am dying!! So so happy @showtimetate you've already made me the happiest girl in the world I'm beyond blessed to soon be your wife. WOW .... I loveeeee you.

Tate decided to make it special, and he took her in a rooftop restaurant in San Diego, California.

It was one of the joyous moment for her as she felt like the luckiest girl in the whole world and any girl would be happy if their boyfriend will make so much preparation just to make her feel special. 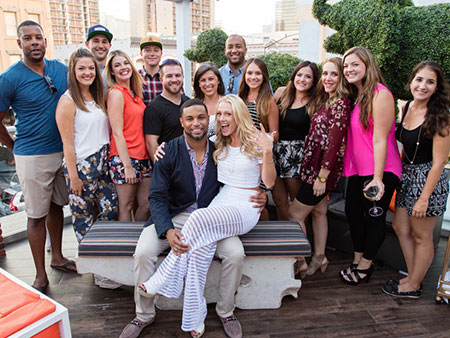 The ring that Tate gave her was also pretty neat, to say the least. He put a 5-carat wedding ring on his fiancee's finger.

Golden's ring was also baller as he was given a 140 black diamond ring which was made by hand and it has seven larger diamond surrounding it as well. 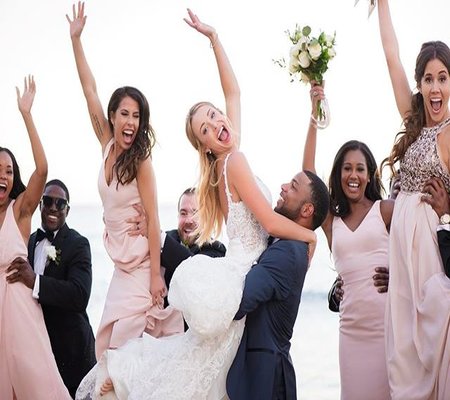 Tate and Elise-Wedding
Source: The Knot

And after getting engaged for two years Tate and Elise decided to get married, and they tied the knot March 11, 2017, in San Jose del Cabo, Mexico.

Their marriage was a very big affair as it had 250 guests coming in a private jet.

There were a lot of interesting games that were played in the wedding like Golf and Volleyball. They also have a yacht party and karaoke nights. 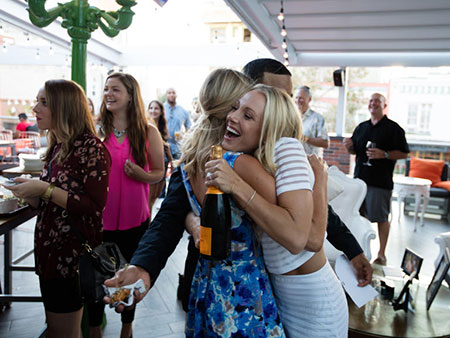 Tate rented out a full-blown hotel for his guests, and the wedding may have become one of the most lavish weddings of all time.

Many of his friends and family were there.

Golden and Elise, both of them were looking dashing. Golden opted to wear a Navy blue tuxedo whereas Elise wore a White Gown which was so long that it took 11-men to pick all the dress altogether.

And we danced the night away... literally well into the next day #magical #itTATEStwo first dance ended with a surprise #fireworks show

Now many of them would like to marry in the same manner and no one blames their dream as Tate and Elise's wedding was way too good.

The couple is blessed with a baby girl, and the proud parents never miss a chance to share adorable snaps of their daughter.

Londyn Marie Tate you are the most perfect human we’ve ever met. I am the most proud person in this world. We promise we will lead you, and be the best parents we know how to be Londyn. Daddy and Mommy love you so much. #nosleepcrew @mrsshowtimetate you have now entered super hero mode after watching you grow and deliver Londyn the last 10 months!

Baby girl is 3 months and counting ... going to be away from her this weekend for a trip I had planned before I even knew I was pregnant... the withdrawals have begun #ShesLayingOnMeNow #TomorrowImmaFreakOut thank the lord my husband is superdad and 1) volunteered and 2) is dominating dadhood with her all [email protected]

Well, we do hope that the couple would live on together for many years to come and they stick by each other side in happiness, sadness, sorrow, and sympathy.