Home Article Good news as MTV announced they will be launching reboot of the Series, Jersey Shore; That too with OG cast

Good news as MTV announced they will be launching reboot of the Series, Jersey Shore; That too with OG cast

Good news as MTV announced they will be launching reboot of the Series, Jersey Shore; That too with OG cast; Know all the details here

After a long break, the all-time hit MTV show, Jersey Shore is coming back to the big screen.

It's been a long time since you last heard "cabs are here" and looks like MTV is all set to solve that problem as it is now going to make a reboot of the show. 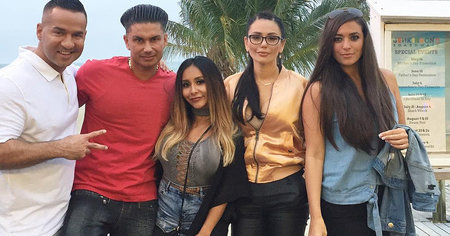 The cast of Jersey Shore will be back for another show,
Source: People

You heard that right, your favorite housemates, the OG castmates, will be back once again to entertain your otherwise boring world.

US Reporter reported the reboot will be titled as Jersey Shore Family Vacation and MTV has reached out to all the original members of the show.

But the Sammi "Sweetheart" Giancola and Angelina Pivarnick won't be making any comeback for the show. This time creator SallyAnn Salsano will be making a return for the show and oversee the show.

The show ran for over six seasons and ranked as the network's highest series. Snooki and JWoww also worked in the series, Snooki & JWoww and documented their friendship.

Celebrating with the OGs who helped bring us back! Dream team since Jersey Shore season 1! Can’t wait for this ride #JerseyShoreFamily

Whereas, Guadagnino, worked in The Show With Vinny. Delvecchio's DJ also got a show for himself that ran for one season, named The Pauly D Project. 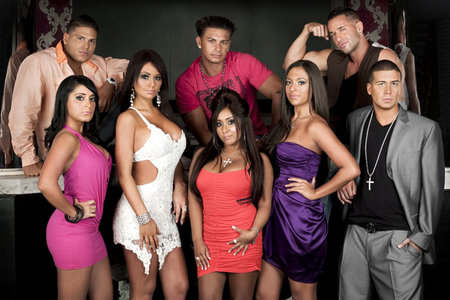 The show will be premiering in 2018,
Source:

Now after all these years, we cannot wait to find out what type of antics the old alum of the show will do, given that most of them are now parents to young children.