Gordon Ramsay Weight Loss Transformation Was Motivated By His Wife 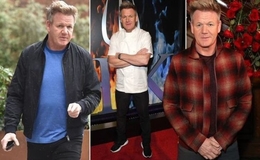 Gordon Ramsay says his wife Tana Ramsay is the one who motivated him to embark on his weight loss journey as Tana wasn't happy with his growing big belly fat. But, what are his weight loss secrets that helped Gordon on losing more than 50 Lbs?

How Did Gordon Ramsay's Wife Motivate Him?

When your job involves cooking, there's no doubt you won't ever face the weight gain issues. Ask the famous high tempered chef, Gordon Ramsay- known for his aggressiveness and cruel judgment, who as well as couldn't be saved from the same obstacle.

Mr. Ramsay shares a blissful married life with his wife of over two decades, Tana Ramsay, the mother of his five children including; Matilda Ramsay, Oscar Ramsay, Jack Ramsay, Holly Ramsay, and Megan Ramsay. Tana who is a tv broadcaster and author by profession, ironically also happens to be a fitness freak. 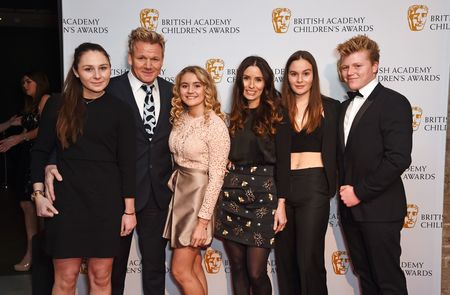 It must have been the love of his wife for fitness that provoked Ramsay on leading a healthier life. Call it insecurity or a self-esteem problem, but, once Gordon realized that his wife who flaunts a toned and fit physique didn't deserve to share the same bed with him, a fat f**k as he called himself, that was how it all began for him.

On the note, Tana was already not satisfied with her husband's dramatic weight gain problems.

Besides, the Masterchef star also reveals it was the busy schedule that made him focus less on his health and weight both. Speaking in an interview, Ramsay reveals how he was so consumed by the work that he couldn't even think straight on other important things that matter apart from work. 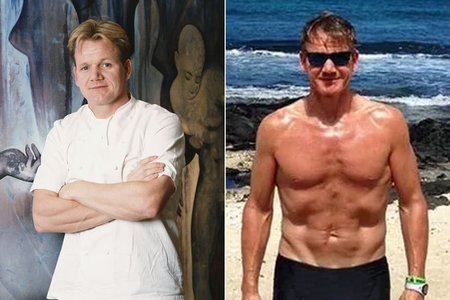 Gordon Ramsay was motivated by his wife to lose weight. SOURCE: Pinterest

The Scotland-born owns more than 30 restaurants that have been able to achieve 16 Michelin stars. And, considering the effort and hardships it requires to look after and run such big numbers of restaurants, it's pretty understandable, how harmful it can get to your health.

Not to mention, it was also the death of his father, Gordon Ramsay Sr., who passed away at the age of 53 in 1997 that made the chef on leading a healthier lifestyle.

On the bright side, better late than never, Gordon realized he needed to make a change to his lifestyle and adapted a new routine to build up his weight. So, what did he do?

As soon as he began his weight loss journey, Gordon Ramsay hired a personal trainer aka Will Usher who made it easier to the cooking expert by easily guiding him at his home. As Ramsay had less time to hit the gym, he made his own at his house. 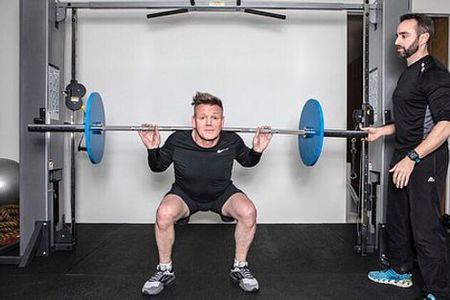 Gordon Ramsay started working out with trainer Will Usher. SOURCE: Instagram (Will Usher)
Ramsay and Usher spent almost an hour every day with the gym equipment for no less than three days a week.  The father of five would be engaged in heavy powerlifting and other workout regimens like walking on the treadmill and doing cardio.

Additionally, in order to lose weight, whilst a lot of people tend to go on heavy diets and even starve themselves. Ramsay, however, didn't follow any of those trends but instead relied on a unique diet that involved eating surely less but five times a day.

Matter of fact, the chef reveals that eating five times a day is what helped him trim down the unnecessary weight off his body. As a result, Ramsay lost 56 Lbs.

Clearly, what's even more impressive is the fact that Gordon hasn't looked back since then.

View more weight-loss transformations alongside Biographies and Gossips on marriedwiki.com.