Home Article Grant Gustin, Lead Actor of CW Series The Flash Got Engaged To His Girlfriend Andrea Thoma Last Year, Will They Get Married Soon?

Grant Gustin, Lead Actor of CW Series The Flash Got Engaged To His Girlfriend Andrea Thoma Last Year, Will They Get Married Soon?

Thousands of superheroes have been a part of our fantasy universe for a long time and its everybody's dream to be a superhero. The dream has come true for the fastest man alive, The Flash. As the guy who was struck by lightning, Grant Gustin performance as Barry Allen who protects the city from metahumans is awarded the best actor by Teen Choice Award 2017. The fastest man alive, Grant Gustin was engaged to Andrea Thoma in 2017. The only question ringing through their fans mind is whether they will be married this year.

Thousands of superheroes have been a part of our fantasy universe for a long time and its everybody's dream to be a superhero. The dream came true for the young actor, Grant Gustin when he landed a lead role in the hit superhero series, The Flash. Grant Gustin performance as Barry Allen who protects the city from metahumans has been awarded the best actor by Teen Choice Award 2017.

The rising actor, Grant Gustin was engaged to his girlfriend, Andrea Thoma in 2017. The only question ringing through their fans mind is whether or not they will be married this year.

The Flash Star Grant Gustin; A Year Away From Marriage

Grant and Andrea started their relationship back in 2016. During that year, Grant was rumored to have a relationship with an unknown girl in Instagram 'LA Thoma'. LA Thoma who is an Instagram personality had posted several pictures with Gustin that grabbed the attention of Gustin's fans in 2016.

In 2017, Gustin spilled the beans about his secret relationship and shocked his fans when he shared the pictures with LA Thoma putting an engagement ring on her finger. The girl in the picture is his beautiful girlfriend Andrea Thomas also known on Instagram as LA Thoma. 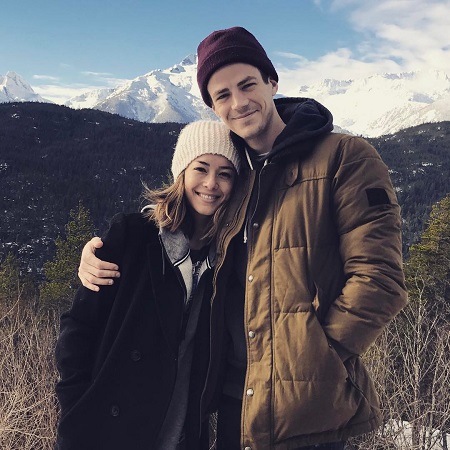 Following their engagement in April 2017, there were rumors of the pair getting married in a private ceremony in Malaysia. The Star Online was first to report the news of them tying knots in a traditional wedding but the actor strongly denied the false rumors claiming that he was there with Thoma to celebrate their traditional Kadazan ceremony, not to get married. He took to Instagram and posted a photo with the caption stating,

The couple was seen together in Sabah, Malaysia on December 17, 2017. Some Sources reported that the couple had been planning for their wedding in the USA.

The couples also posted pictures of their visit to Malaysia.

Happy Holidays from Malaysia! I’ve been mostly off social media because the Majalap family is non-stop and we’ve been running around and partying and eating and drinking since we got here. I did want to clear something up before the internet ran with it. It was incorrectly reported, without our permission that LA and I had a private wedding while we were here, but that’s not quite the truth. While we did have a beautiful, symbolic Kadazan ceremony to honor LA’s ancestors, we still won’t tie the knot until next year. (Also I’m still 27 for another few weeks.. the article got a couple things wrong) We’ve had a great time while we were in Sabah. LA’s GIGANTIC family is awesome. We got to hang out with Masidi Manjun, the Minister of Tourism, and had an incredible stay at Gaya Island Resort our first few days. Many pictures to come once we’re back in North America.

The controversy ended with the post and Grant also revealed that he won't be getting married until next year in 2019. His fiance and soon-to-be wife, Andrea Thoma is a 29-year-old physical therapist, born and raised in Ohio. She's half-Kadazan and half White regarding her descent.

Gustin revealed that they are planning to have a Christmas wedding. Further, he mentioned that they've technically already had a ceremony. They said that they already feel married. Thoma said,

Well, it's a good news for all the fans of Gustin and we're eagerly waiting for the beautiful pair to get married soon!

Grant Gustin's Past Affairs And Relationships

Gustin had been in a relationship with different actresses in the past, the first affair to surface in the media was with dancer Hannah Douglass, who was known for performing as a Backup dancer in hit musical series Glee. They had known each other while Gustin was performing in Glee and Hannah was the Backup dancer in the show. Their relationship wasn't made public until an interview in 2014, where Gustin opened up about his relationship and said that they had been dating for a year.

They had very busy schedules which led them to end their relationship in 2016. The ex-couple didn't talk about how they split and they were last seen together in July 2015. 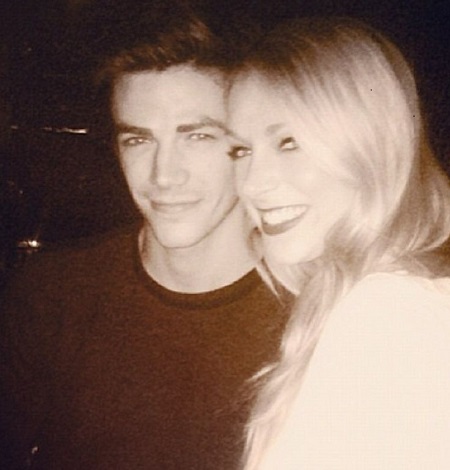 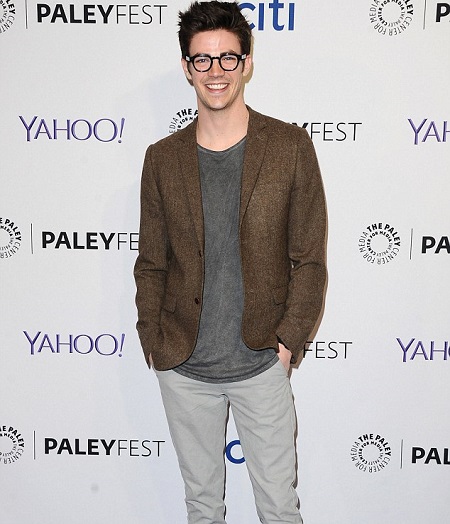