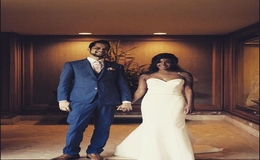 A Grammy nomination, a great husband, and now a baby boy, it's a life of celebration for country singer Mickey Guyton who couldn't be merrier with what life has showered her with.

American country singer Mickey Guyton who made history by becoming the first Black female singer to perform solo at the Academy of Country Music Awards enjoys marital bliss with her husband Grant Savoy.

Guyton and her then-boyfriend turned husband had been dating for sometime before the lovebirds got hitched on 26th August 2017. And, before Savoy, the Black Like Me singer had been a single woman for a long time who didn't think she would find someone capable to love her.

But, of course, when she met Savoy, that changed forever. Now, Guyton is even a big fan of Valentine, something she used to despise. As for Mickey's husband, Grant is an attorney who has served for the Law Offices of Bruce Margolin, a Criminal Defense Firm.

Guyton, in addition, jetted off to Hawaii to tie the knot with her significant half. The lovebirds couldn't be happier with the support and love from each other. On the greater side, their happiness doubled when Mickey became pregnant with her first child.

Mickey Guyton Is A Mom - Worries About Her Black Son

Yes, Guyton and Savoy are parents to a son whom she welcomed on 8th February 2021. The Texas native even flaunted her baby bump on Instagram and later talked about her pregnancy with People where she shared her worries to raise a Black child.

Guyton who has been vocal about racism and Black Lives Movement activism through her songs and social platforms talked about how she prays that her son won't have to go through what other Black folks including her father have gone through.

Apparently, Guyton's husband, Grant Savoy had been a victim of racism from a Karen who made fake accusations against him, said 'heinous' stuff, and even uttered the N-word at him.  The singer who has faced racism herself growing up wants her son Grayson Savoy to be free and live the best life where he is able to make his own decision.

But, Guyton is also hopeful that changes will happen and that people won't be judged on the basis of their skin color. After all, the singer herself is vocal and fighting all the racial injustice and discrimination. 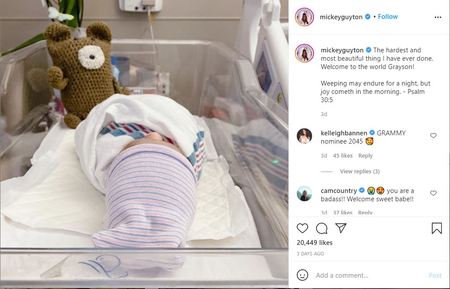 Meanwhile, Guyton is busy working on producing and releasing more music and projects while also being a working mother. Hopefully, fans will get to hear new stuff soon.